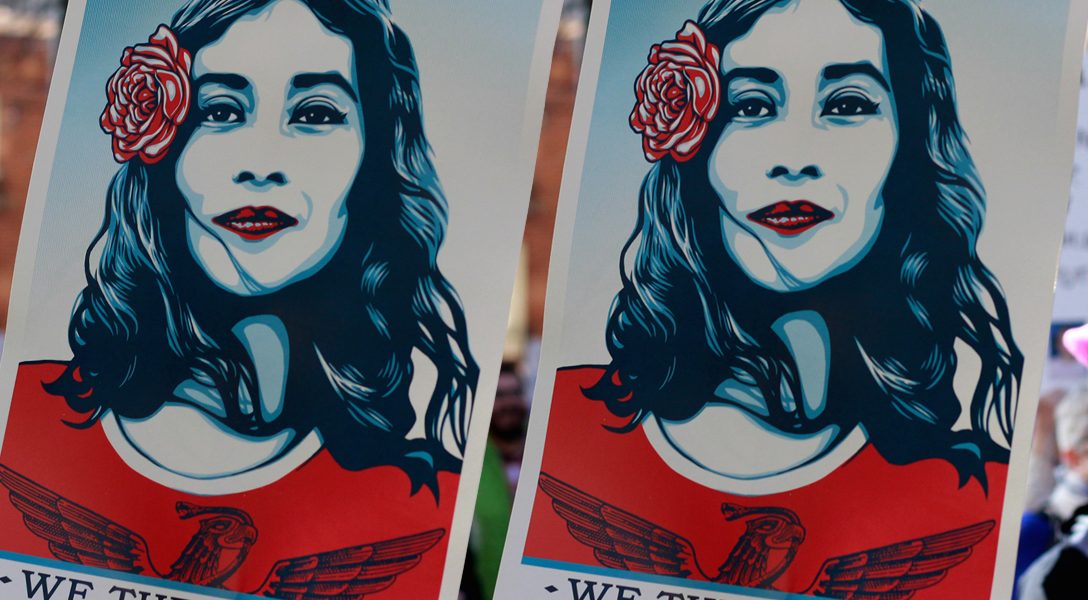 Activists to Presidential Candidates: US Democracy Is Broken, Fix It!

Sounding the alarm on an eroding US democracy, a coalition of more than 100 good-governance, civil rights, and other groups is urging all presidential candidates and President Donald Trump to make democracy reform a priority on the campaign trail and when in office.

“Our democratic institutions are under attack, and need renewal and repair,” the groups, which include the NAACP, Common Cause, and Public Citizen, said in the letter sent to candidates on Wednesday.

“Americans are looking for leaders who will take on our broken, entrenched campaign finance system, and who are committed to guaranteeing the absolute right of all eligible Americans access to the ballot,” the groups state. “Your leadership and commitment to action on these issues will show voters across the country that, like them, you believe our democracy works best when it represents everyone, not just those able to unduly influence policies based solely on their power and their wealth.”

Not all letters are the same. The groups acknowledge the work that some of the candidates have already done on the issue and applaud others for rejecting corporate PAC campaign donations.

The letter points to the For the People Act, the democracy reform legislation the House passed at the beginning of this year, as a starting point for the candidates’ platforms. Companion legislation has been introduced in the Senate, and all Democratic senators have signed on to the bill, but it is highly unlikely that Republicans will ever bring it up for a vote.

The groups state that they want candidates to incorporate the policies included in these bills, as well as the principles of a democracy reform agenda the coalition has put together.

“We look forward to seeing your comprehensive plan to address the structural inequities that have denied too many people access to the ballot and silenced too many voices, while giving those with wealth and access undue influence in Washington,” the letter says. The groups ask for meetings with all of the candidates to discuss democracy reform, which historically has not been an issue on the campaign trail.

However, there are signs that things could be different this cycle. Just last week, Sen. Kamala Harris (D-CA) addressed the devastating impact of voter suppression.

“Let’s say this loud and clear — without voter suppression: Stacey Abrams would be the governor of Georgia,” Harris told an NAACP conference. “Andrew Gillum is the governor of Florida. So we need a new Voting Rights Act.”

Election integrity experts are hopeful that the issue will finally take center stage on the campaign trail. Following the 2013 Shelby County v. Holder Supreme Court decision, which opened the floodgates for legislation disenfranchising voters in states with a history of discrimination, it has become much more difficult for many Americans to vote — in particular minorities.

In addition to the issue getting attention in Congress, there have also been some recent court decisions mandating states to redraw their gerrymandered maps. However, the Supreme Court could get in the way of much-needed reforms to ensure that these maps are drawn in a manner that is fair to all Americans.

In another hopeful sign, voters in several states have supported pro-democracy ballot initiatives; for example, a constitutional amendment that would give former felons the right to vote in Florida. However, GOP-controlled state legislatures have already tried — with some success — to reverse the will of the people. The same forces are trying to make it more difficult for future initiatives to appear on the ballot, while introducing a slew of new voter suppression laws.

“The American people overwhelmingly reject our rigged political system and corruption in Washington,” said Fred Wertheimer, president of Democracy 21, a good governance group that also signed on to the letter.

“The next president must make repairing the rules of our democracy the first priority of his or her presidency, if we are to make progress on solving the social and economic problems facing our country,” Wertheimer stated.

It remains to be seen whether the candidates — and the media — will make election integrity a major issue this cycle or whether they will allow the all-out assault on democracy to continue unimpeded.

This month has shown once again that elections have consequences and, more importantly, that rigged elections also have consequences. That is why Florida, where the legislature is dominated by the GOP and a Republican occupies the governor’s mansion, is making it harder for former felons to vote by instituting the modern equivalent of a poll tax — even though 65 percent of Floridians voted to enfranchise them.

It is also why Gov. Brian Kemp (R) was able to sign draconian anti-choice legislation into law in Georgia. Kemp, who won by a razor-thin margin, was responsible for many of the state’s anti-democracy policies as secretary of state.

Had Gillum and Abrams, the Democratic candidates in these states, prevailed, neither bill would have been signed into law.

These examples show why democracy reform is so important. Because without fair elections, the will of the American people will never be fairly represented in Washington, DC, and in state governments throughout the country.