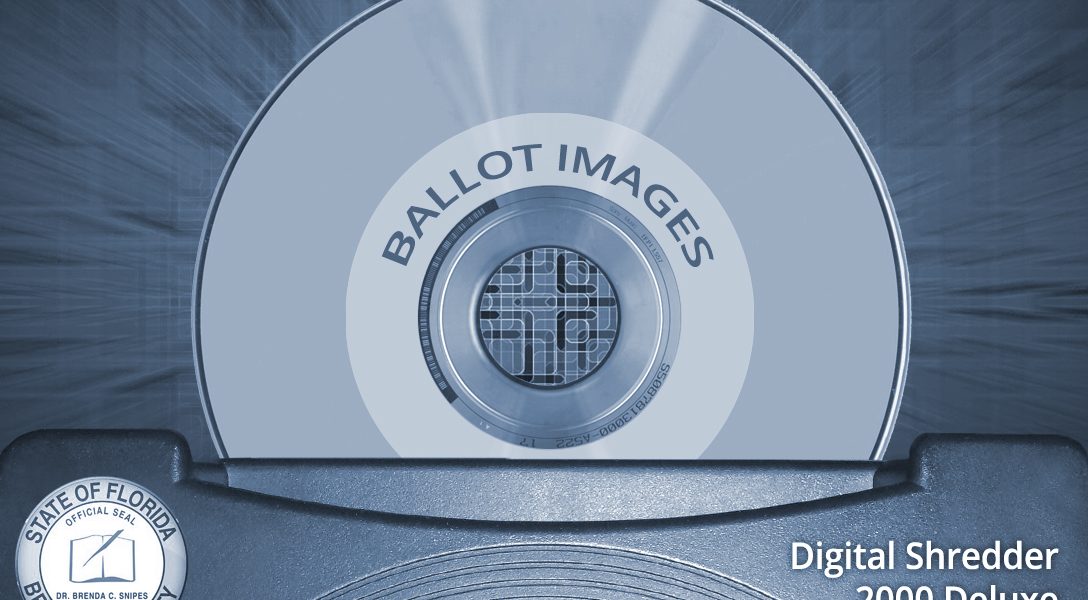 Election integrity activists are worried that various counties in the crucial state of Florida could defy federal law by destroying crucial documents required for election audits and recounts after the midterms.

Specifically, Americans United for Democracy, Integrity, and Transparency in Elections (AUDIT-USA) believes that county supervisors of elections in Florida are either not retaining ballot images or are destroying ballot images that are required by law to be kept for 22 months after a state or federal election.

“Most of the counties down there are destroying the ballot images,” said John Brakey, director of the nonpartisan group.

Brakey noted that a chain of custody that Florida and other states, including Virginia and Michigan, are supposed to follow is being bypassed and broken by local elections departments.

“Chain of custody is everything in an election,” Brakey said. “Our ultimate goal is to get the images because we know that those images could be used to verify [elections].”

AUDIT-USA seeks to bring this issue to the public’s attention in order for elections to become “transparent, trackable and publicly verified,” Brakey told WhoWhatWhy.

Many of the states in which ballot images are destroyed are also those that use various methods of suppressing votes, said Tim White, lead researcher at AUDIT-USA. He added there is an informal impunity that allows local jurisdictions to continue to disregard the law governing elections in the state. However, he also believes Florida is special because it has a system that can work if used properly and as required by written law.

“Florida can be this model for the whole country of verification transparency if they follow the law,” White said.

“All those four records need to correspond. Florida allows that under the law. That would enable them to check anything,” White said. “Each one of those is a chain of custody that has to be checked … I can see the day in Florida when the paper ballot, ballot image, cast vote record, list of vote records and certified returns are all publicly displayed and the same.”

Some officials seem to make the case that ballot images are not required, noted Chris Sautter — an attorney, election law professor, and author. However, even if that were the case, it would still be irrelevant.

“One of the things that we hear is ‘Well, we have the paper ballots, we don’t need the images,’” Sautter said. “But, they don’t have the authority to pick and choose what election materials they may or may not preserve. They have to preserve all of them for 22 months, and it’s up to a court or whomever to decide what might be relevant should there be an action.”

During a time in which Americans are worried about the security and integrity of elections, Sautter argued, the retention of ballot images is critical to verify elections, especially with national concern that voter machines are hackable.

“Were there to be any recounts, the ballot images could be matched against the paper ballots, and you would know almost … instantly whether or not there had been any tampering with the machines,” Sautter said.

Brakey noted that the problems and concerns that exist with the digital voter images will evolve. In the future, he said, new voting machines will mark the ballot for the voter, which would be easy to counterfeit. These machines, rather than generating ballot images, would create a hard copy with a barcode.

“If we don’t fix this thing by 2020, we’re in terrible trouble because the next cycle of gerrymandering and microtargeting will be in place,” Brakey added. “We’re running out of time, and we can fix it now.”