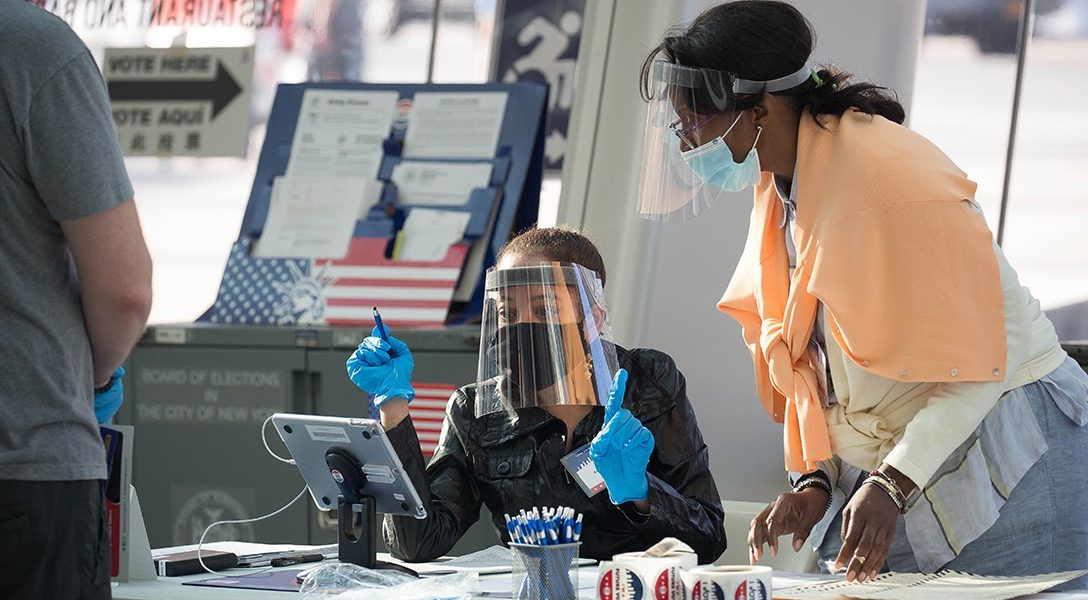 Pamela Block requested an absentee ballot for New York’s June 23 primary election. The Long Island resident, who currently lives and works in Canada, expected the process to be as easy as it was when she applied for an absentee ballot from abroad four years ago.

This year, she encountered a nightmare of miscommunications, and no absentee ballot.

Block was not alone in her frustrations with absentee voting. More than 1.8 million voters requested absentee ballots for the New York primary election. While the majority of voters received their ballots in time to postmark them by the June 23 deadline, a substantial number of voters did not. The New York Times reported that in New York City, more than 29,000 voters claimed that their absentee ballots never arrived.

The irony is that Block originally requested her absentee ballot from the Suffolk County Board of Elections in early March. Back then, the primary election was still scheduled to take place in April. Block wanted to make sure that she had enough time to complete and return her ballot. When the primary was rescheduled for June, she called her election board in early May to confirm that her application had been received and that a ballot was on its way. The election board confirmed that it was.

As the election neared, Block still hadn’t received a ballot.

This time, her election board also told her that she could apply for a ballot via email as a safety measure.

“There was something weird about the form because there was no option to request [a ballot be sent via email] on the form, but I sent it anyway,” Block said.

Just days before the election, Block still hadn’t received her ballot. At this point, election officials told her she had submitted the wrong application. The Suffolk County Board of Elections, nevertheless, said there was a way that she could still vote.

If Federal Express agreed, Block could have the company send a new ballot overnight in the mail. The problem was that even if she received her ballot in time, Block would have to pay another fee to mail back her completed ballot by the deadline.

The two main drawbacks, which the board of elections had failed to consider, were that overnight mail doesn’t work internationally, and even if it did, sending a ballot by express mail would be extremely expensive.

“It seems that the process is not as transparent as it was [in 2016],” Block said, adding that the online instructions for how voters abroad can request an absentee ballot appeared to be geared toward military voters overseas only.

For voters like Allilsa Fernandez, a mental health and disabilities rights advocate from Long Island, Tuesday’s election was a “hot mess.” She received her ballot on Saturday, and voted by mail because she is considered to be at high risk if she contracts the coronavirus. Now Fernandez worries that her vote may never be counted.

“It was a very challenging and scary experience,” Fernandez said, adding that the instructions on her ballot were so poorly explained that she had to watch multiple YouTube tutorials.

Unlike the typical experience of voting in person, where poll workers can assist voters, absentee voters are left to figure out complicated instructions on their own. In the case of the New York primary, voters were required to return their ballot inside two envelopes, otherwise the ballot would not be counted.

“I still don’t know if I did it right,” Fernandez said. “I’m scared that my vote might not count.”

Jennifer Wilson, deputy director of the New York chapter of the League of Women Voters, told WhoWhatWhy that telephone calls to the League have expressed widespread uncertainty about absentee voting, especially since voting-by-mail is likely to expand considerably during the presidential election in November.

“We had a ton of calls from voters and we basically had to tell them unless you want to go to the polls, which we totally understand if you don’t, there’s nothing you can do,” Wilson said. “It was a very helpless situation that we’ve never been in before.”

Voting-rights groups are also raising concerns about the lack of funding to help election officials and the United States Postal Service manage the expected surge in mail-in voting. In New York, state elections boards have historically operated on shoestring budgets. The uncertainty is exacerbated by the fact that there is no system in place for voters to track online whether their ballots have been received and counted.

Wilson says that too much has happened too quickly. The lack of funding, combined with staff shortages due to the pandemic, has placed a crushing burden on the system.

Nick Penniman, founder and CEO of the political reform group Issue One, has called for federal emergency funding to avoid a perfect storm during the general election.

“It’s a relief we didn’t see major problems,” he said about the Tuesday election, “but we know the problems we could face down the line if we don’t act now.” Penniman predicts that if things go wrong in November, the repercussions will be monumental: a disaster in which the results could be widely viewed as inaccurate and the election illegitimate.

A spokesperson for the New York State Board of Elections told WhoWhatWhy that absentee ballots submitted by the June 23 deadline will be accepted and counted until June 30. Nevertheless, voting-rights groups have raised concerns that smudges on postmarks could make it difficult to read the date on which the ballot was mailed. In some cases, the date is not included in the postmark. Voting-rights advocates worry that this could lead to a ballot not being counted even if it is mailed on time.