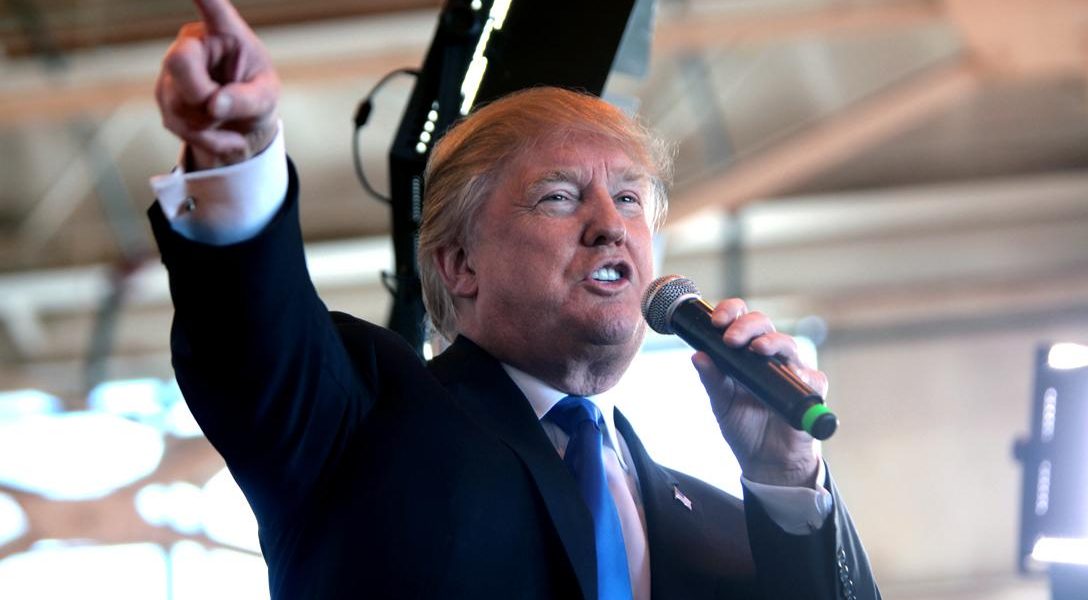 Study shows GOP Candidates Who Lie the Most, Do the Best

Duh. Politicians lie. They make stuff up, revise history, twist the truth and cherry-pick statistics in outrageous ways. Too often they are not called out for making false statements and therefore keep doing it – they face virtually no consequences for lying on the campaign trail.

Everybody knows all this, and yet, somehow, not enough attention is focused on the astonishing particulars, and so, of course, nothing need be done to correct the situation.

With the first votes of this primary season being cast in Iowa tonight, we wanted to highlight and analyze the work of one institution that does call out candidates for making false claims. The Pulitzer Prize-winning PolitiFact is a project of the Tampa Bay Times. PolitiFact examines what politicians say and rates their statements according to their truthfulness.

Obviously, not every single claim a candidate makes can be fact-checked, which is probably one of the reasons that politicians lie so much. Instead, PolitiFact checks statements that are verifiable, significant, likely to be repeated, could be misleading and would make people wonder whether they are true. The group tries not to fact-check minor errors that could just be a slip of the tongue or a poorly worded statement made during a speech or a debate.

Since not every claim is either completely true or false, the group has a system that rates statements as True, Mostly True, Half True, Mostly False and False. There is also a category reserved for particularly bold lies. It is called “Pants on Fire” and no candidate other than Donald Trump regularly makes claims that descend to that nadir of falsehood.

In examining how truthful the current group of presidential hopefuls is, we looked at the statements they have made since the beginning of 2015. We focused on the candidates who have a serious shot at winning the nomination and who had a statistically relevant number of claims examined.

This chart represents the Politifact analysis of politicians’ claims for 2015/2016 as of 1/30/2016. Photo credit: WhoWhatWhy based on PolitiFacts data

What we found in the Republican field is a distressing correlation between lying and doing well in the polls. Frontrunner Donald Trump is truly in a league of his own. Of the 73 statements of his that PolitiFact analyzed, only one was rated as true – Trump’s claim that Putin enjoys great popularity in Russia – and three others as mostly true.

A stunning 60% of the examined statements were rated as either false or mostly false and, on top of that, Trump made 13 claims that earned a “Pants on Fire” rating, more than twice as many as the other candidates we looked at combined.

One of Trump’s more egregious — and incendiary — lies concerned crime statistics. Citing a source that apparently doesn’t exist, he tweeted that 81% of white murder victims are killed by blacks. FBI figures put the actual number at 15%. In fact, it’s long been known that in the overwhelming preponderance of murders, both killer and victim are the same race.

Ted Cruz, who runs second behind Trump in the polls, is also his closest rival in prevarication. Of the 41 statements he made that were analyzed, 68% were rated at least mostly false while only 27% were either true or mostly true.

Cruz recently said that millions of Americans have lost their jobs because of Obamacare and called it the “biggest job killer in America.” In fact. unemployment has fallen steadily since the Affordable Care Act was introduced.

Florida Senator Marco Rubio is third in the polls and also in our analysis: Nearly half of his claims were at least mostly false, while barely a third were deemed true or mostly true.

In defending his vote against giving President Barack Obama authority to attack Syria, Rubio said it did not matter because the president said that such a strike would be just a pinprick. Actually, the president said it would not be pinprick at all.

It appears that being (relatively) honest does not pay off this year. Jeb Bush, far down in the polls, is the only Republican we analyzed who made more true than false claims since the beginning of 2015.

However, when he was wrong, he was very wrong. Bush stated last year that Planned Parenthood is “not actually doing women’s health issues,” although that is, in fact, the focus of the group.

On the Democratic side, the two frontrunners rate more or less the same. Of Hillary Clinton’s statements that PolitiFact examined, 57% were deemed true or mostly true and 26% mostly false or false; the corresponding numbers for Bernie Sanders are 52% and 29%.

Among Clinton’s whoppers is that she claimed to be the only candidate who has a plan to take on ISIS, while Sanders falsely said that the US spends twice as much on healthcare as any other country.

While the Democrats’ numbers look much better, it’s surely no badge of honor for the leading Democratic candidates that barely more than half of their statements were true or mostly true.

Granted, PolitiFact’s numbers are not representative of all statements a candidate makes, such as Trump saying that he has made a lot of deals in his life or Bush stating that he was a governor. Those types of claims are obviously true, but they are also inconsequential.

PolitFact’s ratings tell a clear story: Presidential candidates, by and large, continue to provide fodder for public beliefs that they should not trust politicians At the same time, opinion polls reveal an even more depressing truth: with the Republican race as Exhibit A, a largely uninformed and gullible electorate does not seem to demand — or care about — truthfulness.

Iowa’s caucuses will be the first electoral event this year to test whether voters will allow their candidates to get away with blatant lies and demagoguery. If the last polls are any indication, the answer is yes.