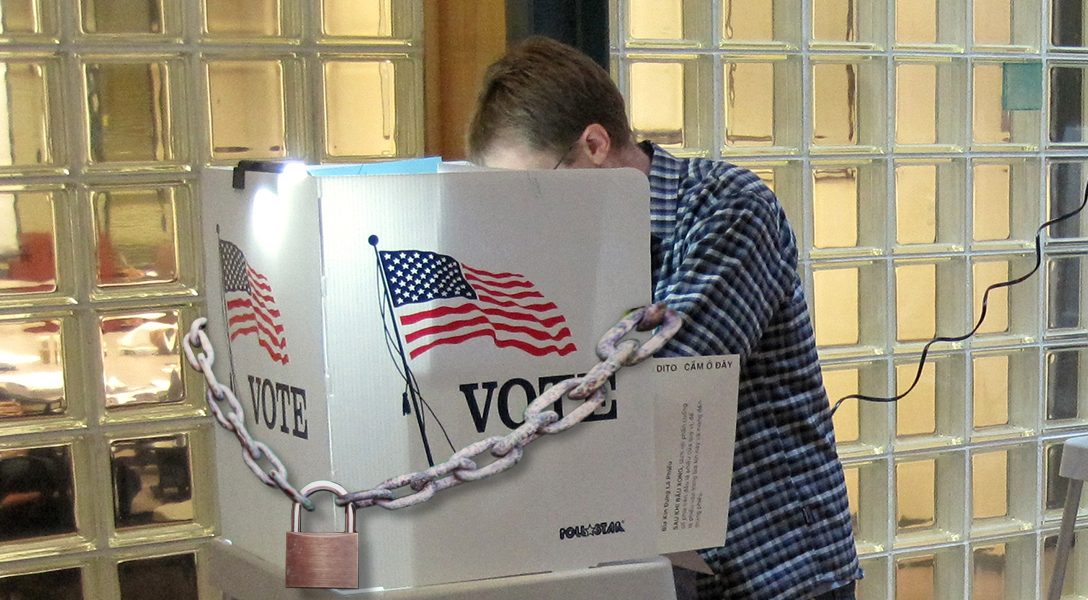 A Target on Democracy

There probably isn’t a topic that we focused on more in 2017 than election integrity. With good reason. There are forces at work in the US and abroad that are working to undermine democracy. That’s bad enough. What’s even worse is that they are succeeding.

We at WhoWhatWhy believe strongly that any eligible voter who wants to cast a ballot should be able to do so. Unfortunately, a lot of powerful people in the United States don’t feel this way and we will continue to hold them to account next year.

Unlike many in the media, we believe election integrity is an issue that must be covered all the time — and not just every four years.

That is also why we will launch a new site early next year in which we will update you weekly on who is trying to undermine democracy and how. Voter suppression works, but President Donald Trump’s new election integrity commission is unlikely to do anything about the problem…especially because it is chaired by a prominent architect of voter suppression laws. But we have some ideas that would help. With the confirmation of Sen. Jeff Sessions, the Senate could deal yet another blow to the Voting Rights Act. The Alabama Republican will appear before the Judiciary Committee today. If you want to design your state laws so that they suppress the African-American vote, don’t use North Carolina as a model. The Republican-championed voting requirements aim to reshape the changing electorate in their favor, cut millennial voters out of politics, and reassert control over a crumbling coalition. DEF CON attendees remind us just how easy it is to bypass laughable voting machine safeguards. At least they got the mainstream media to cover this issue for once. The voting rights of minorities are under attack in Georgia — as they are in many GOP-controlled states. This month, however, voters with “foreign” names booked an important win in the Peach State. Like so many important subjects, the future battle over improving our election system is about technical issues. Don’t let the geek factor throw you off: whether we emphasize accessibility for the disabled or a reliable paper trail is a very big deal for us all. The question is: Can we have it all? The ACLU has submitted FOIA requests to prove Trump’s “Election Integrity” Commission has rigged its investigation in order to validate voter suppression tactics. While experts are relieved to see some states finally taking cyber threats seriously, they say the nation as a whole still isn’t where it needs to be to prevent future interference by foreign or domestic forces. What Will/Can the Supreme Court Do about Partisan Gerrymandering?

The Supreme Court’s upcoming ruling in Gill v. Whitford may be partisan gerrymandering’s most significant legal battle yet. Law professor Justin Levitt discusses why it matters, how we got here, and what we should expect. Election integrity activists are at odds over whether raising too many concerns about the security of US elections did more harm than good. The state is off to a good start after decertifying its highly vulnerable DRE voting machines. But it still has work to do if it wants truly secure elections.