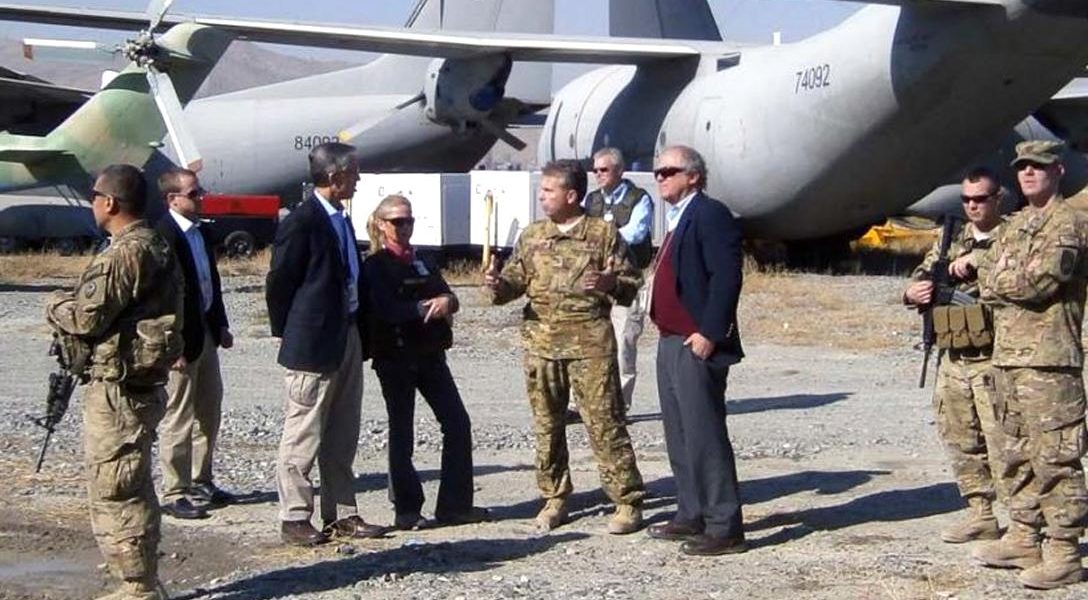 The Special Inspector General and SIGAR staff discussing the status of the Kabul C-27s with members of the US military during a recent inspection trip. Photo credit:  SIGAR PDF
Government Integrity Podcast

US Tax Dollars up in Smoke Over Afghanistan

Want to meet a government official who tells the truth — in spades? Then you will definitely want to set aside time to hear of the stunning findings of the top US investigator for spending in Afghanistan.

The biggest problem is not theft, but waste, he says. For example, the $500 million spent on airplanes that no one could fly, and that ultimately had to be scrapped, a process that cost yet more thousands of dollars. Or the gift of soybeans, which the Afghans will not eat and will not grow. Or how about the creation of a navy for Afghanistan — a country that is landlocked?

The biggest source of the problem is the lack of accountability, he says. But that is changing.

“God bless whistleblowers,” says Sopko. “If we didn’t have them, things would be a hundred times worse.” And some of his sources of information would surprise you.

Not all of the money was wasted in Afghanistan, he says. You cannot believe where all the money (from corruption in Afghanistan) has ended up — but a lot of it is here in the United States.”

If anyone can find it, it’s probably John Sopko.