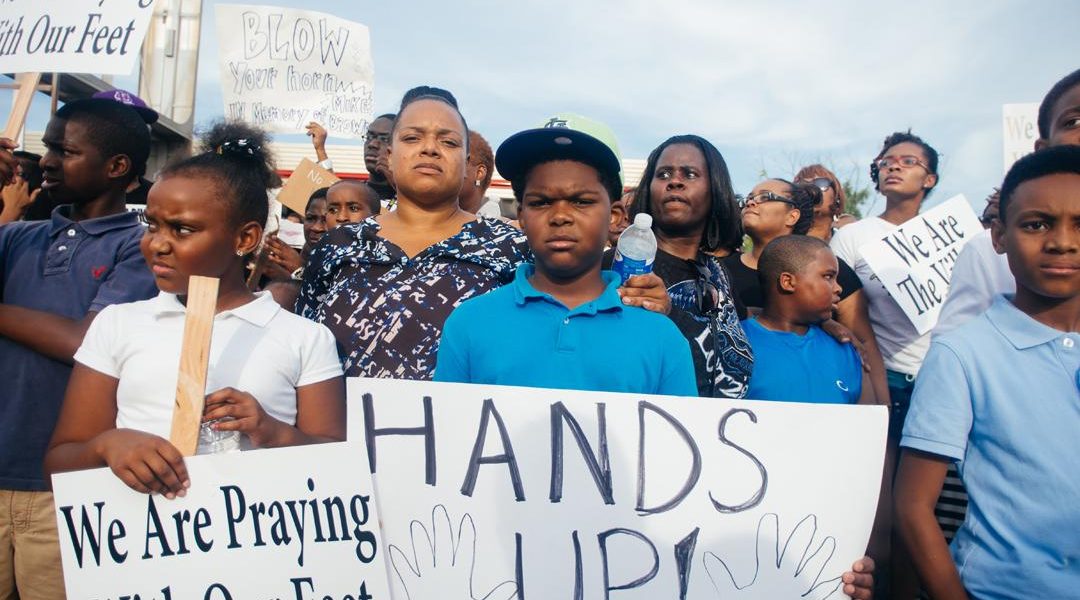 The DOJ’s report on what happened in Ferguson is as much the story of race in 21st century America as it is about what transpired in Missouri. Photo credit: Wikimedia Foundation
Podcast

Harlem, Watts, Rodney King, Michael Brown, Freddie Grey. These names and what they represent are images seared into our collective conscience.

In the wake of the Charleston shootings and a wave of fatal assaults or shootings of unarmed black men by the police, the national dialogue on race and racism in the US has reached a fever pitch.

In March, the Civil Rights Division of the US Department of Justice issued its Report on Policing in Ferguson. The Report, while specifically about the events that transpired leading to the death of Michael Brown, is really the story of race in America, two decades into the 21st century.

The report is now being published by The New Press, with an introduction by Ted Shaw, former head of the NAACP Legal and Educational Defense Fund. Shaw speaks to WhoWhatWhy’s Jeff Schechtman about the meaning, scope and impact of the report.

Shaw opines that the report is both factual and damning and that law enforcement in Ferguson reflects not only a culture of racism, but also an obligation to a municipality that is financially dependent upon picking the pockets of the majority black population—through traffic fines, false arrests, municipal ordinances and fees for petty violations.

The report reveals a pattern of conduct that routinely violates the Constitutional rights of black Americans, and concludes that the events in Ferguson were bigger than Michael Brown and Officer Darren Wilson. But is the report enough to ensure that #blacklivesmatter when it comes to interactions with armed officials?