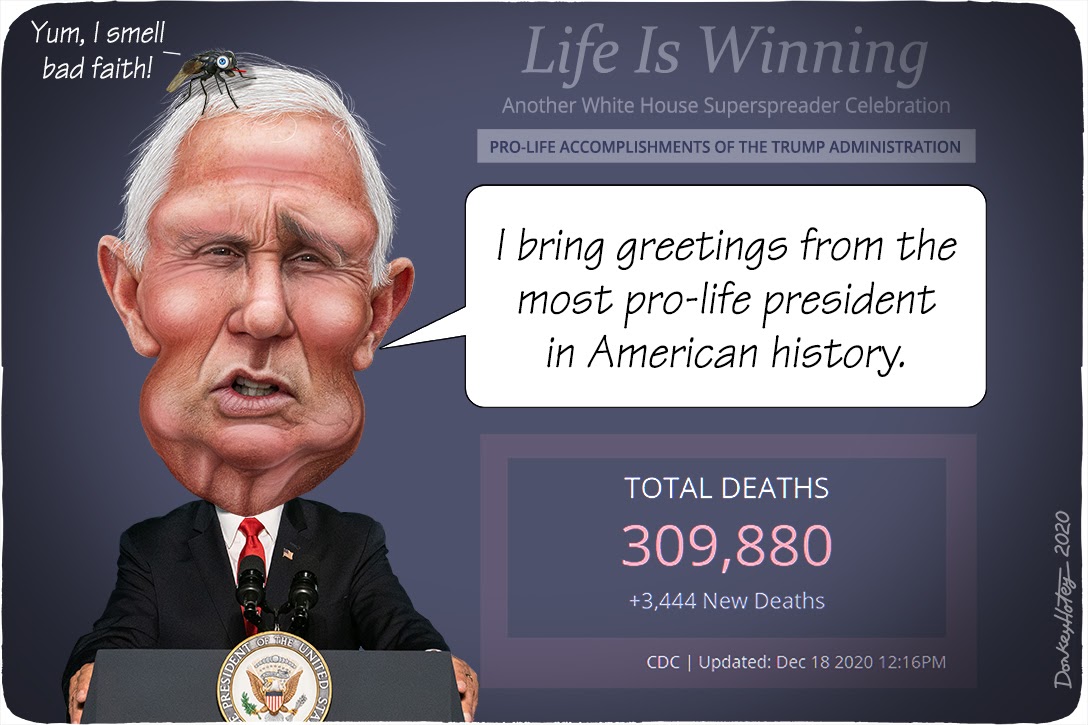 With Thousands Dying, Pence Hails Trump As Most ‘Pro-Life’

Thank you. Thank you all. Thank you all very much. And today is really about — really about celebrating the progress we’ve made in the cause for life and also thanking the leaders that are gathered in this room, and all of you that’ll be looking on livestream around the country, for the way that you’ve stood. You’ve stood for life for the last four years, and I promise you we will never stop fighting for the right to life.

He did not mention the last-ditch effort to execute as many federal prisoners as possible.

With a straight face the vice president added,

When the President asked me to lead the White House Coronavirus Task Force — I’ll never forget the day — he said, ‘Mike, I want you to step down; I want you to work with our outstanding health leadership all across this administration, across the country, with one mission’ — and that was to save lives. We launched the greatest national mobilization since World War Two.

The ability of Pence to compare the administration’s mostly performative response to the pandemic — which has now taken the lives of some 300,000 Americans — to the national mobilization in World War II reaffirms that lying with impunity is not limited to the president in this administration.

The cartoon above was created by DonkeyHotey for WhoWhatWhy from these images: Mike Pence caricature (DonkeyHotey / Flickr – CC BY 2.0), body (The White House / Flickr), and death rate (CDC).