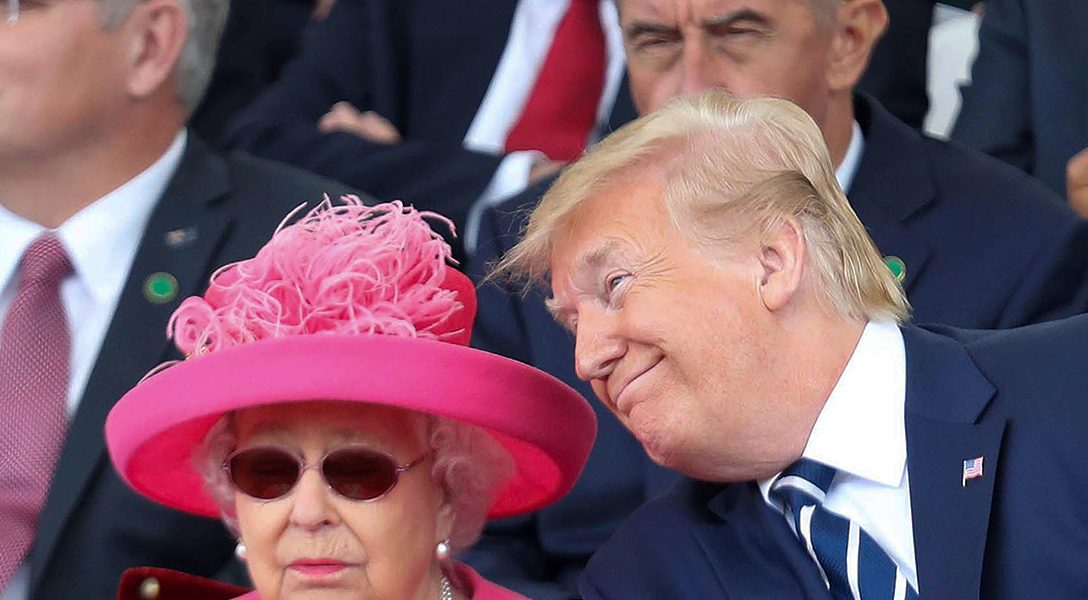 “Britain’s warming to Trump,” tweeted Piers Morgan, daytime TV host and one of US President Donald Trump’s super fanboys in the UK.

Morgan first met Trump when he won the 2008 series of Celebrity Apprentice, and has been an acolyte ever since. As Air Force One headed home from the 75th commemoration of the D-Day landing, Morgan, speaking on the BBC’s most popular political talk show Question Time, also denounced the anti-Trump protests in London earlier in the week as “unedifying and an embarrassment to our country.”

They were neither, but were certainly much smaller than was hoped for by the Stop Trump organizers (who had talked with wild-eyed optimism of rallying one million people to oppose the visit) and markedly diminished in comparison to the huge demonstration that greeted Trump on his first UK visit in July 2018.

Was there an inconvenient truth of a waning of British antipathy towards Trump lodged somewhere between Morgan’s spurious claim and the president’s nth lie that “I didn’t see the protesters until just a little while ago and it was a very, very small group of people …. so it was fake news”?

Last year’s protests were a carnival of resistance. Up to 250,000 protesters flooded London’s streets in glorious sunshine to chant “F**k Off Trump” as the famously naughty 30-foot Trump baby blimp floated above their heads, forcing the US president to avoid London completely.

Last week, even the anti-Trump maximalists could at best claim that 75,000 protesters — almost certainly an inflated figure — braved drizzly skies as a grinning Trump did a triumphal lap from Buckingham Palace to 10 Downing Street.

Give us a wave when you fly over tomorrow !! @realDonaldTrump #climatechange #ClimateChangeIsReal pic.twitter.com/IzsT2XVpAn

That’s not to say there weren’t concerted attempts to troll the president with the famously dry English wit, just that the energy felt different. It was less intense; people seemed less bothered.

Why? Well, after two and half years of Trump, what was once shockingly abnormal is now the new norm — the crud is baked in. The dark, grotesque farce — “Is this really, happening?” — of all things Trump has lost its capacity to shock.

When Trump touched down in the UK this time, firing tweets at London’s first Muslim mayor, Sadiq Khan, who was “a stone cold loser who should focus on crime in London, not me,” the British foreign secretary, Jeremy Hunt, shrugged: “He is a very controversial president, and we’ve all got used to that over the last two years, and there are no visits from President Trump that don’t have unexpected moments.”

Moreover, Trump’s second visit in less than a year was ostensibly to commemorate the 75th D-Day Anniversary, a hallowed memory for those across the political spectrum, and freighted with enough symbolism about the special relationship between the US and UK as to take the sting out of any anti-Trump popular front.

But underlying all speculation about the ebbing of the anti-Trump tide is the wheel of torture that is Brexit — the UK’s attempts to leave the European Union. Much of the nation’s political bandwidth is being consumed by ‘B-Day’ psychodrama (now postponed until October 31 — that’s right, the day of horror stories, Halloween; you couldn’t make it up). So the ability to rally a Brexit-fatigued people to mount a barnstorming second front against Trump redux was always going to be a stretch.

Hi @realDonaldTrump. Just so you know, you’re wildly unpopular here in Britain. SAD! People REALLY don’t like you (though they love @BarackObama). Hope you like seeing your FAILING approval numbers projected onto the Tower of London. #TrumpUKvisit pic.twitter.com/oT332Fd6fE

And finally, why oppose America’s Trump when on the homefront a British version of the blond bombshell would be coming to a parliament near you, very shortly? On Friday (June 7) the lamest of lame duck prime ministers, Theresa May, relinquished her leadership of the ruling Conservative Party, having completely fouled up the Brexit negotiations. Hot favorite to replace her is Trump’s mini-me: Boris Johnson.

Indeed, defying established protocol not to interfere in the domestic politics of the country the president visits, Trump touched down in the UK and rapidly anointed Johnson: “I know Boris. I like Boris. I think he’d do a very good job (as prime minister),” he declared.

Like Trump, Johnson has the personal morals of an alley cat and recently divorced his long-suffering wife and mother of his four children after allegations of infidelities. The disturbing Trump-Johnson similarities are even physical. Both share eye-catching flaxen thatches, Johnson sporting a hairbrush-free haystack effect to Trump’s extreme comb-over. Equally, love him or loathe him, everyone in the UK knows who Johnson — a political journalist by trade — is, due to his own mastering of the dark arts of self-promotion.

Last week, Daily Show host Trevor Noah introduced him to the US public with a skit claiming Trump and Johnson were “separated at birth.”

Bojo, as he has been nicknamed by the tabloid press, has repeatedly dabbled with racist imagery, xenophobia, Islamophobia, and homophobia as he has successfully worked the G-spot of English nationalism and become the frontman for hard-right Brexiteers. He is a showman, a clown, and a charlatan. He is infamous for being unprepared and ignorant of the facts and his tenure as UK foreign secretary was a national embarrassment. Without doubt, the US president and the UK’s Conservative leadership favorite share a common politics that ignores truth.

If Johnson becomes prime minister next month, the passion (or lack thereof) of UK protest politics during the recent Trump visit will be a forgotten bout on the undercard. The main event is yet to come.