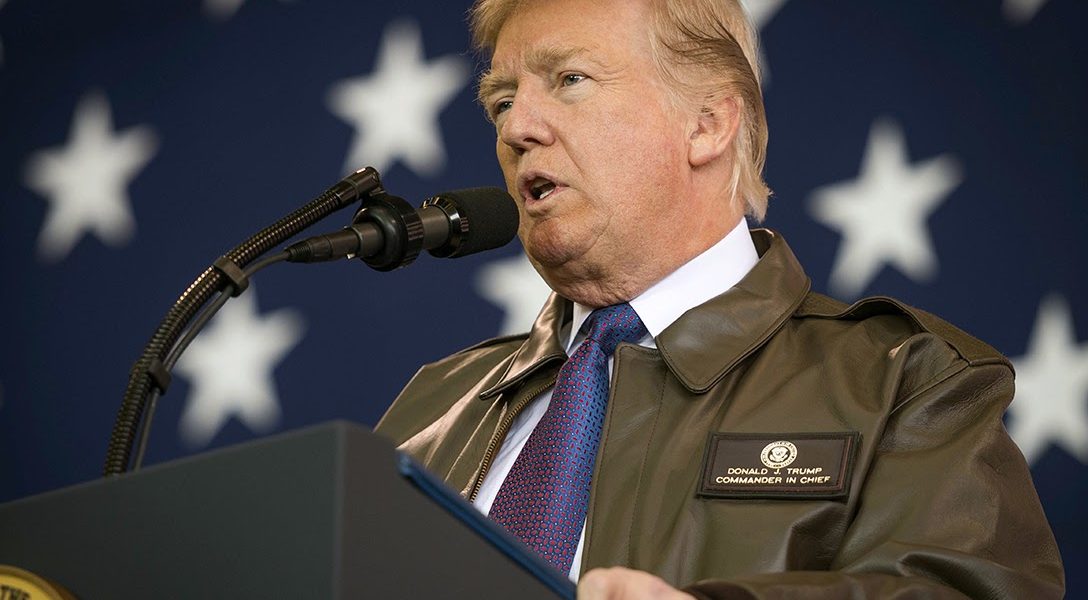 Wagging the Dog — Rabid Trump Is Not the Worst

The term “wag the dog” was made popular by the iconic 1997 movie of that name. It describes the practice of a country’s leader distracting the public from their political troubles by going to war.

When President Donald Trump, right after getting impeached, suddenly heightened tensions with Iran by ordering the assassination of Iran’s Quds Force General Qassem Soleimani at the start of the year, we thought of the book that inspired the movie. We reached out to the author — who taught us to think twice when war is in the air.

Wag the Dog has come to mean making war for domestic political reasons.

When a president or prime minister has political problems on the home front, a war is just the thing to fix it. It’s a distraction. It makes people rally around the flag. It can be great to become, in the drawling, almost drooling, words of George W. Bush, “a war president.”

Wag the Dog was a book about launching and shaping a real war, the first Gulf War, with real arms and real dead bodies. The movie, produced in the Clinton years, was about creating the illusion of war. Afterward, in the Bush-Cheney years, it was back to real wars as made-for-TV productions.

Now we have Donald Trump. He is impeached. Is he resurrecting a lite variation on the basic plan? Kill an enemy! A really “bad guy.” For the purpose of having the assassination celebrated on TV, to change the topic in the media, and to elevate himself as our heroic defender.

Not long ago, an accusation of that sort would be considered cynical. Excessive. With Trump, it’s a fairly common response. It’s still worth trying to determine if this one is political theater or a meaningful defense of America’s national security. Trump’s generalized justification was that General Qassem Soleimani was “a monster” with “a horrible past” and “great percentages of people don’t have legs right now and arms because of this son of a bitch.” The propaganda framework of modern war requires that enemies are described that way. Soleimani opposed the US, US allies, US proxies, and US interests, in armed conflicts in Lebanon, Iraq, and Yemen. What else could he be? No one has made the accusation that he stepped beyond the bounds of warfare. But he is not accused of mass murders of civilians, mass rapes, enslavement of populations, or such. That means that if we flip the view — ignoring Americans’ belief that the US only kills for good and “they” only kill for bad — American generals fit neatly into the same frames. American presidents, generals, secretaries of state, senators, and the like, do too.

The specific justification was that Soleimani was about to launch an imminent attack on US targets. To argue that is to get lost in the swamps of “secret intelligence”: who knows what, who’s lying, and by how much. We don’t have to go there. When Trump — and his proxies — say that Soleimani was about to launch an attack, do they mean he was personally going to do it? Should we visualize him swinging on a rope from the roof to crash through the window of the embassy, holding a scimitar in his teeth and a bomb in his left hand? He’s a general. A commander. A planner. Does killing him stop all the plans and plots of Iran and Iranian-backed forces in the Middle East? He has no colonels, no lieutenants, ready to carry out the plans? No other generals eager to step into his spot in the pantheon?

Neither justification, the generic one or the specific one, stands up.

Except for when it comes to his own greed, Trump is theatrical, not substantive. From the vague and confusing descriptions of the decision-making process, it seems as if his advisers and generals offered an assortment of options. He didn’t examine implications and outcomes. He just said “that one.” His instinct for maximum drama at a minimal cost was on full display. The whole world of Manipulated Media and Wagging Pundits started chattering about what he’d done and what the consequences might be. Oddly enough, Iran’s response was muted. The best guess is that Trump’s ultimate goal was to destroy Barack Obama’s Iran deal and replace it with a deal that’s not significantly different except that it will be Trump’s Iran deal. Like replacing NAFTA with the nearly identical USMCA.

We should keep in mind that war and killing people for domestic political purposes is not new. John F. Kennedy and Lyndon Johnson were both quite certain they couldn’t win in Vietnam but were terrified of being the president — and the party — that lost southeast Asia. When Johnson tried to get a peace deal in 1968, Richard Nixon reached out to subvert it. He said he had a secret plan to end the war. He, too, knew he couldn’t win it, but he prolonged it until after his reelection. Approximately 22,000 more Americans and somewhere between 300,000 and 500,000 more Vietnamese, Laotians, and Cambodians died before Nixon signed a peace deal in 1973 that was about the same as what would have gone through five years earlier.

British Prime Minister Margaret Thatcher inspired a new generation of US leaders to dream of becoming a “war president.” Her career was in ruins until the Falklands War in 1982. After that, she became the longest-serving PM in modern British history. She was the one who urged George H.W. Bush to launch the first Iraq War in 1991. It didn’t work as well for him. He wasn’t reelected. His son apparently figured it was because his father didn’t push it far enough. When he saw the opportunity in 2003, he grabbed it. It failed, in that somewhere between 100,000 and 200,000 Iraqis died, Iraq and the nations around it were thrown into chaos, and American influence and control declined, while the power of violent radical groups rose. But it was a huge success for George W. Bush. He got reelected.

Wagging the Dog — killing people to distract from domestic failures and to gain reelection — is a tricky business. It can be very effective. Trump is not the first, and hardly the worst, to try it.