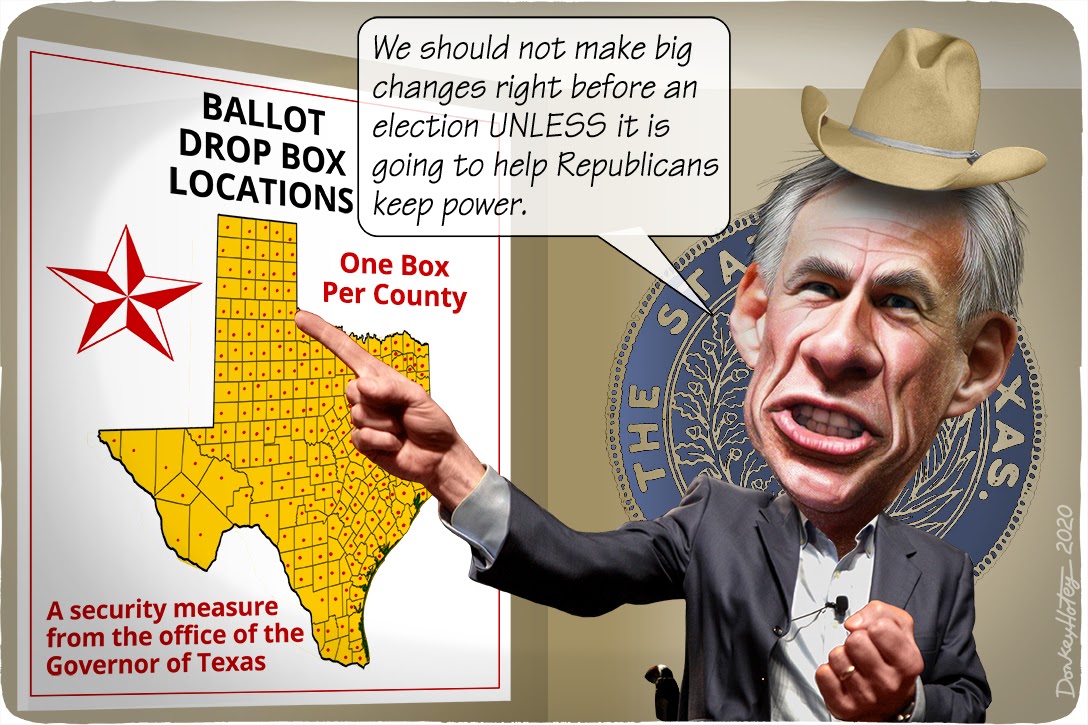 Texas has earned a hard-won reputation as a “voter suppression state,” and Republican Gov. Greg Abbott has taken it a step further, issuing a proclamation on October 1 limiting each county in Texas to just one location to drop off mail-in ballots.

“The State of Texas has a duty to voters to maintain the integrity of our elections,” said Governor Abbott. “As we work to preserve Texans’ ability to vote during the COVID-19 pandemic, we must take extra care to strengthen ballot security protocols throughout the state.”

The move disproportionately impacts Democratic areas, such as Houston, which is in Harris County and has well over two million registered voters. Voting-rights groups have filed a lawsuit claiming that these “precipitous changes to the [election] rules can cause ‘confusion’ and even undermine public confidence in the outcome of the election itself.”

Despite what the governor said about preserving the right to vote during the pandemic, Texas still restricts mail-in voting to those 65 and over. It also has a discriminatory voter ID law and has some of the most difficult voter registration rules in the country. Until a federal court order last month, Texans could not even register to vote online. Now they can, but only when they update a driver’s license.