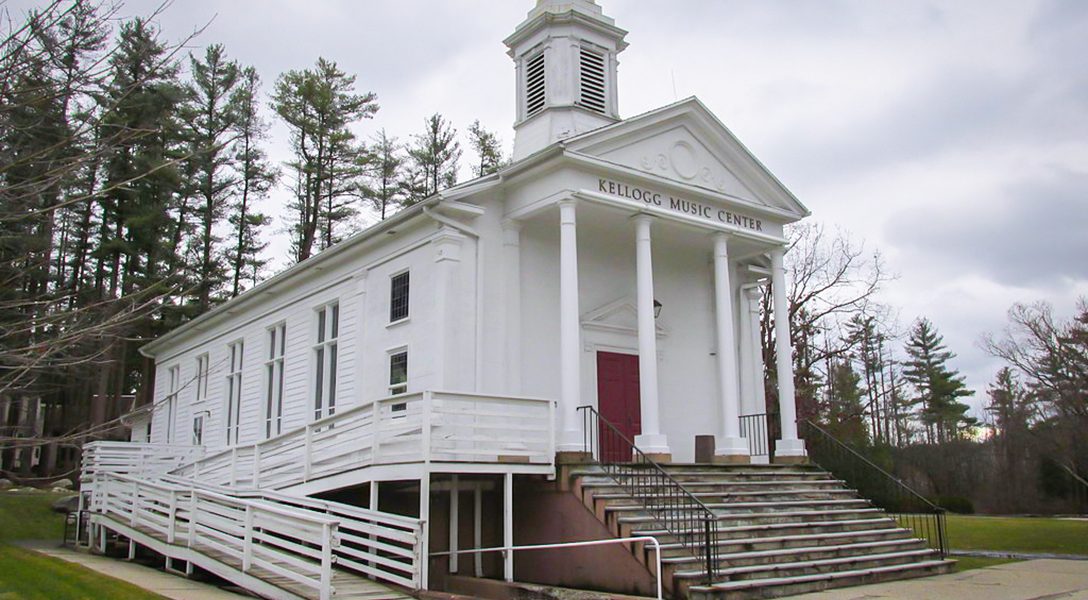 A version of this article was previously published December 2017.

We had been watching a puppet skit about an angry kid who shoots his entire family at dinner. It was hilarious, and we were still laughing when the dean stepped onto the stage and announced that a gunman was on campus and that at least one person was dead.

It happened on December 14, 1992, at Bard College at Simon’s Rock, a very small liberal arts college in Great Barrington, Massachusetts. We would learn later that day that the shooter was a fellow student. He killed two and wounded four more people before his semi-automatic rifle jammed.

I could hear sobs behind me, but I sat stunned, unable to process how this could happen to a community where people didn’t even routinely lock their cars.

Today, I often think of the Aurora, Colorado movie theater shooting and what might have been worse for us and for me. The theater where we had watched the skit, occupying as much as a quarter of the campus at the time, was set up much like a movie theater — the stage at the bottom, the seats going up, just two ways in or out. It sits right across the street from the guard shack where the first two victims were shot. The dean said the situation was uncertain and to stay put. We had no way to adequately secure our theater and none of today’s knowledge that it should even be the next step. Just in case, we just sat there, waiting and scared.

It would be many years before I truly understood this wasn’t just an isolated incident but the symptom of a pervasive societal sickness.

The New York Times interviewed me on my graduation day from Simon’s Rock of Bard College a few months after the shooting. “A lot of people have healed,” I told the Times reporter in 1993. “A lot of people are still healing. There are scars.” That graduation was punctuated by a minor media circus around our commencement speaker, Sen. Ted Kennedy, and his address on gun control.

“What kind of country, what kind of society, is this, where an emotionally disturbed teenager can walk into a nearby sporting goods store, display an out-of-state driver’s license, plunk down $150 in cash, walk out with his very own assault rifle, and open fire on his faculty and fellow students?” he asked.

What kind of country, indeed.

On December 14, 2012, the 20th anniversary of the shooting at Simon’s Rock, a man walked into a classroom in Connecticut and shot 28 people, killing 26. Most of the victims were first graders.

I had taken a mental health day and was already feeling depressed, knowing that, in the two decades since losing my friend and teacher, shootings were continuing to get worse. When I saw the news from Sandy Hook, I cried all day.

I commiserated with other Simon’s Rockers, almost unable to believe that a classroom full of children could be killed so brutally. We hoped that this shooting, after all the others, would get through to America and spur action for change.

But we were wrong.

Now, 25 years after my friend Galen Gibson and my professor Ñacuñán Sáez died in a senseless act of violence, this horrendous history continues to repeat itself, and the list of the dead grows longer every year.

Every time I think I am numb, that I have no more capacity to cry, I cry again. I am crying now as I write this.

Mass shootings in the United States continue to occur almost daily. And many of us, wounded on the inside with scars you cannot see, weep a little every time.

I was visiting Colorado in 2016 when I saw reports of a mass shooting of police officers in Dallas. I entered a store that sold handbags. A sign in the window read “guns welcome.” I turned around and left. Later, I cried in the car.

We have no reasonable gun debate in this country. We have a group of people willing to put guns in the hands of children, of the emotionally and mentally disturbed, of people who have threatened their spouses and neighbors. We have people stockpiling weapons as if they are preparing for war. We have people carrying high-powered rifles to the supermarket as if they live in an unstable, war-torn nation. Now we have new proposed federal legislation that allows people to bring concealed weapons across any state line. And then we have other people — the victims, their loved ones, and all the survivors whose wounds never seem to heal completely. For all of us, these shootings are life-altering events that we relive again and again. When do we start crying enough?

Last year, StoryCorps and NPR ran a segment of a conversation between Galen’s father, Gregory Gibson, and the man who murdered his son. They are appearing together in a public service announcement on gun violence that aired later that month. The idea, I suppose, is that a person who has spent his entire adult life in prison has a unique perspective on one decision he made 25 years ago that was enabled by lax gun laws, and that that perspective needs to be shared.

For Greg, who has dealt so publicly with the loss of his son, I imagine this is part of his healing process. But my Facebook page was full of outrage and trigger warnings about the segment. Some of my former classmates wrote letters to NPR and StoryCorps begging that it not be aired.

But every new mass shooting also is a trigger for me. So, when the next one happens, as we know it will, tell the stories of the survivors and keep telling them. There are thousands of us now and we need to be heard.

Six months after posting these personal reflections, I want to ask if we — like the victims of sexual assault — can have our own #metoo movement. The Parkland kids have said no and they mean it. No more excuses and, no, you don’t get to tell us to shut up.

Meanwhile, the mostly adult voices of the Las Vegas shooting did what I suspect many sexual abuse survivors do: they shut down. I am not saying they are wrong. Silence in such circumstances is an understandable response. But for me their silence speaks volumes. Lots of people survive harassment and abuse, few speak out, fewer still fight back, and even fewer win the day.

So here we are. The noise of Parkland versus the near silence of Las Vegas.

Gun advocates would like to tell you that mass shootings aren’t actually all that common. They try to separate workplace shootings from domestic violence shootings and gang shootings and school shootings. They tell you most gun deaths are suicides. When I listen to them, what I hear is all the ways guns tear people, families, and communities apart.

These gun advocates want to turn the debate into “all guns versus no guns.” Meanwhile, all I did in my original post was call attention to our inability to have a reasonable gun policy debate.

I watched the Parkland kids, some of whom were about my age when I had to process the unthinkable. These kids are fighting back hard and the gun industry and their apologists seem unprepared. Perhaps it is because being mean to children makes you look like a bully. (See the flight of advertisers after Fox News host Laura Ingraham launched an ad hominem attack on Parkland survivor David Hogg.)

Meanwhile, I also find it odd that teenagers are doing what the thousands of the adult Las Vegas victims failed to do. Although reports show they too struggle emotionally, how quickly their voices and faces disappeared from the mainstream media.

I commend the Parkland survivors and their courage to fight the machine that makes the US an outlier among developed countries in the mind-numbing prevalence of gun deaths. What is worrisome for me is the apparent national shrug after the shooting in Las Vegas, when hundreds of people were gunned down in minutes, and thousands of witnesses experienced the horror of what was basically an urban battlefield. Where are their stories? Where are their voices? Which truly represents the American state of mind today? The post-Parkland clamor to be heard, or the deafening silence that has removed the Las Vegas tragedy — like so many previous shooting tragedies — from our national consciousness?