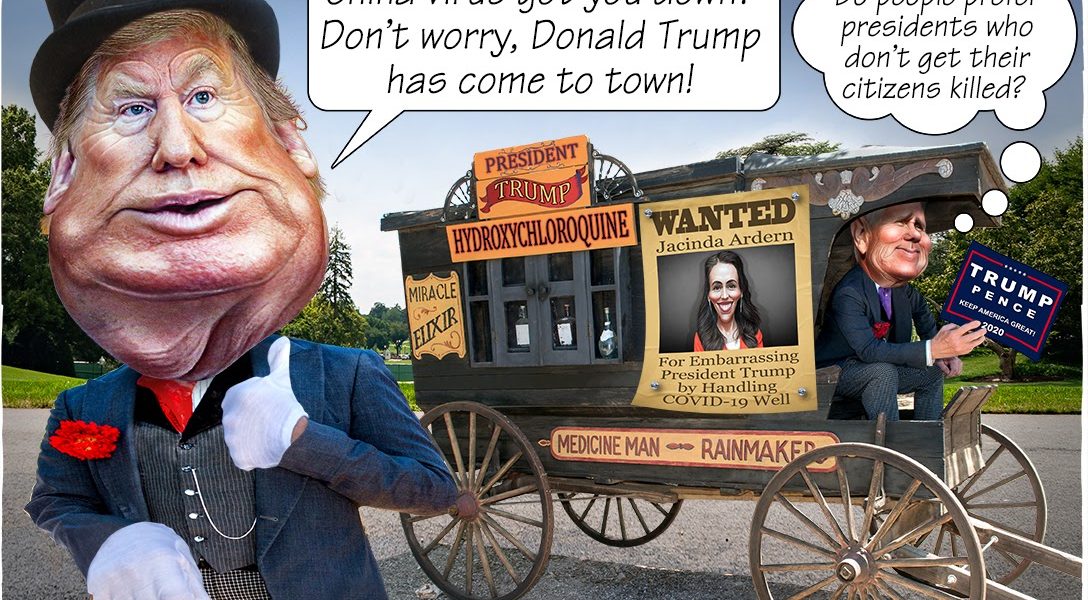 Lessons for America From Way Down Under

OPINION: This past week has been a mixed bag of emotions for us Kiwis: We got to celebrate a world first — 100 days of being COVID-free as of Sunday, August 9 — before the virus found a new foothold in the community days later. It’s with a heavy heart that we’ve returned to Alert Level 3 lockdown in Auckland, the economic hub of New Zealand, following a late-night press conference by our prime minister, Jacinda Ardern.

The first my wife and I learned about this was when an emergency broadcast signal was activated on her mobile phone just after 11 PM on Wednesday, which caused us both a massive fright.

Understandably, living in a country with a history of deadly earthquakes and hundreds of slumbering volcanoes, my first thought was that we were in imminent danger when we heard that blaring, uncomfortable noise. Little did I know that despite our small country’s best efforts, the virus has reemerged and is spreading like wildfire.

You see, almost four years ago, my wife and I made the decision to leave our country of birth, South Africa, and move halfway across the world to New Zealand so that we could give our two sons a better shot at a decent life. And although I had built a stellar career as a writer and investigative journalist, I gave it all up in a heartbeat to give our family a fresh start. I don’t regret it, and now, sitting here, I find myself watching in wonder at how this small Pacific nation has repeatedly beaten the odds. Here we are again, back in lockdown, but I’m confident that in the next few weeks we will once again overcome this challenge that has reared its ugly head.

On Wednesday, there were only four new cases of community transmission, but by Saturday that number from the same cluster had jumped to 37 and lockdown was extended another 12 days (there were an additional 19 cases of people who tested positive after arriving at our borders and were placed in managed isolation). For a country with a population of just over five million people, New Zealand managed to keep its COVID numbers low during the first wave that ended June 22, when the earlier lockdown was officially lifted. At the time, there were only 1,154 confirmed cases and 22 deaths.

The dilemma our government now confronts, even with such a relatively tiny number of new infections, is similar to what many other governments across the world are facing: How do we conduct a general election in the face of COVID-19?

Unlike here in New Zealand where our priority is to root out the virus, it appears that in Trump’s America he has been more concerned about his own image and the livelihood of his pals than to combat this historic and crushing pandemic head-on.

Our parliament — which incidentally is one of the longest-running in the world, having been established in 1854 — was meant to be dissolved on Wednesday in preparation for a general election scheduled to take place on September 19. With the reemergence of the virus, a decision will now have to be made as to whether the election gets postponed by a couple of months — which is legal under New Zealand law — or if we forge ahead.

Regardless of our current predicament, one thing is certain: Our government has been quick and thorough in its response to both the first and now second wave of the pandemic. Unlike other countries, New Zealand’s motto has been “Go hard, go early.” A case in point was when the decision was made to return to lockdown only hours after discovering the virus in the community.

Dr. Siouxsie Wiles, associate professor of microbiology at the University of Auckland, confirmed this by saying that Auckland was imposing restrictions on movement within hours of the cases being announced. Once again, the government was focused on not just controlling but eliminating the virus.

This is all in stark contrast to what has happened in the US, where there’s been a failure to mount a coordinated national response and states have been left to fend for themselves.

So I was not surprised to see a recent Twitter message from Donald Trump calling for the postponement of the upcoming US presidential election. Unlike here in New Zealand, where our priority is to root out the virus, it appears that in Trump’s America he has been more concerned about his own image and the livelihood of his pals than to combat this historic and crushing pandemic head-on. I can understand he would want to postpone out of fear of reprisal from voters because of not only terrible leadership, but more importantly, bad decisions made during the past several months. All his to-ing and fro-ing in front of the cameras with regards to COVID-19 is reminiscent of some patent medicine salesman trying to peddle quack cures while spewing fake statistics.

My perception of America has changed in recent years, thanks to Trump and his slow decline into senility. And there’s not a conversation to be had that doesn’t at least contain some humorous or whacky observation about Trump, his tweets or the latest scandal. He has turned the important and dignified job of being president into that of joker-in-chief.

Richard Shaw, a politics professor at New Zealand’s Massey University, said it has been distressing to watch what’s been happening in the US from afar, especially “the erosion of democratic norms; legitimation of violence; pandering to authoritarian leaders; lack of knowledge of or engagement with policy; running down of institutions of government; erosion of boundaries between personal gain and public interest.”

For Shaw, the biggest concern is not whether there will be a peaceful transition to a Biden administration if Trump loses at the polls, but what happens to “Trumpism (nativism, xenophobia, etc.) once Trump is no longer president, whether that is this year or in four years.”

“Presumably it won’t simply melt away,” he said.

I believe we’ve been fortunate in New Zealand to enjoy the leadership of Prime Minister Ardern, who, it seems to me — and to many worldwide — has shown striking leadership in a time when that has been in short supply. It’s therefore also not surprising that countless American citizens have shown interest in emigrating to this small Pacific nation.

However, with our borders closed to anyone but residents and citizens for the foreseeable future, we’re not a likely haven — so we can only extend our best wishes to our American friends and hope for a more propitious turn of events come November.