Just a few days after ISIS terrorist leader Abu Ibrahim al-Hashimi al-Qurayshi blew himself to bits in order to avoid capture by US special operations forces, the growing Russian threat to Ukraine had already edged the self-styled caliph out of the headlines. Assassinations of terrorists are becoming too routine to get much notice these days.

President Joe Biden’s brief TV announcement that a major terrorist threat had been “removed,” and a CNN headline, “Tense wait in the situation room,” recalled Barack Obama’s operation to get rid of Osama bin Laden. But the image of Cabinet members and senior defense officials clustered in a room, their eyes glued to a screen in anticipation, now seems vaguely unwholesome. These American officials were not looking at Monday Night Football. What they were watching was an assassination in progress. The act of revenge might seem justified, but it is difficult to see where it leads in the end.

Al-Qurayshi’s removal is just the latest killing in what appears to be a growing fashion to assassinate suspected terrorists either with military assaults or by drone strikes and bombing raids. We are not technically at war, but we are killing more people in a trend that relies on targeted assassinations.

Most antiterrorism experts see the elimination of both al-Qurayshi and al-Baghdadi as tactical successes that are likely to make headlines, but won’t do much to stop future terrorist attacks.

That said, there is no question that al-Qurayshi, the objective this time around, was a bad guy who was responsible for unspeakable acts, including attempted genocide against the Yazidis — particularly men and boys — and the enslavement of thousands of women from this Kurdish-speaking minority in Iraq.

Under different circumstances, al-Qurayshi might have evolved into something resembling a model citizen. Born in Atima, Syria, in 1976, al-Qurayshi’s birth name was Amir Mohammed Said Abdul Rahman al-Mawla al-Salbi. Al-Qurayshi was a nom de guerre, an alias he adopted later when he was elected by an ISIS shura, or consul, to replace ISIS’s first “caliph,” Abu Bakr al-Baghdadi, after Donald Trump authorized al-Baghdadi’s assassination in 2019. Although al-Qurayshi claimed to be Arab, there were suggestions that he might actually be Turkmen. He claimed to be descended from a tribe associated with the Prophet Muhammad and was acknowledged as a brilliant student, who received a master’s degree in Quranic studies at the university in Mosul, Iraq — a town that he and ISIS later helped destroy.

A year before the 9/11 attack on New York’s World Trade Center, al-Qurayshi was drafted into the Iraqi army of Saddam Hussein, where he served as an officer. Following the US invasion of Iraq and the dissolution of Saddam’s army, al-Qurayshi joined al-Qaeda.

In 2008, he was arrested by US forces and reportedly turned over the names of 20 al-Qaeda members to US intelligence officers. He was released from prison in 2009. Details of his interrogation were published last year by West Point’s Combat Interrogation Center.

Al-Qurayshi’s internment in an Iraqi prison under US control introduced him to al-Baghdadi, who eventually broke with al-Qaeda to form a “caliphate” referring to itself as ISIS or ISIL. The initials stand for Islamic State in Syria or the Islamic State in Levant. Both mean essentially the same thing. Most Arabs refer to the movement simply as Daesh, which is considered derogatory and means “he who tramples everything underfoot.” 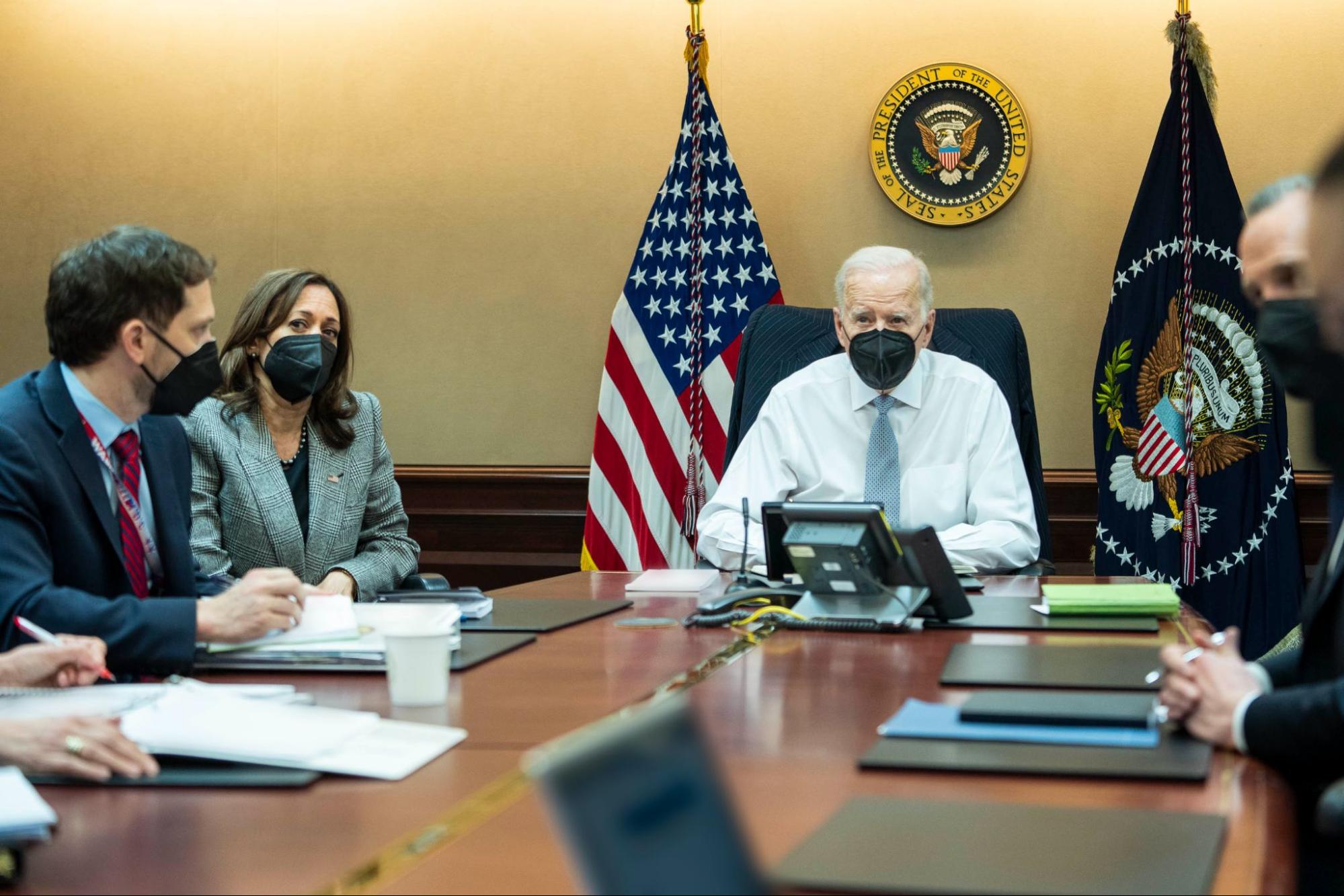 The split between ISIS and al-Qaeda centered on ISIS’s determination to occupy physical territory. ISIS wanted to establish its version of a caliphate reaching from Syria into northern Iraq. As it turned out, al-Baghdadi’s “caliphate” engaged in mindless terror, massacring enormous segments of Iraq’s and Syria’s populations, and what amounted to attempted genocide in the case of the Kurdish-speaking Yazidi minority. As a Sharia jurist, al-Qurayshi provided the legal arguments for the organization committing mayhem in the name of Allah.

Most antiterrorism experts see the elimination of al-Qurayshi and al-Baghdadi as tactical successes that are likely to make headlines but won’t do much to stop future terrorist attacks. The immediate effect may be to decentralize ISIS, leaving its individual groups to fend for themselves. That could complicate matters, making it even more difficult to tell what the independent parts of the movement plan to do next.

It’s a basic principle in intelligence work that your task is likely to change dramatically when the leader of a movement like ISIS is killed. For a certain period, you are flying blind. Another drawback to assassination is that the vacuum created by the removal of a leader often opens the way for an even more ambitious pretender to step in and take over. If the new leader’s predecessor has been removed by an act of violence, chances are that his successor will be even more violent and extreme than the figure you have just eliminated. In that case, the parameters of violence are expanded by the actions of the state.

There may be an advantage to eliminating the head of an organization if it reduces funding that comes through a centralized command, but decentralization inevitably makes the movement’s actions harder to predict and control.

Another consideration with the trend towards serial assassinations is the high cost. The assault on al-Qurayshi involved more than two dozen special operations soldiers and months of planning, including dozens of possible scenarios. Biden was informed of al-Qurayshi’s location several months ago. At a minimum, the bill for the attack includes the loss of a helicopter for which the price tag starts at nearly $6 million. The US had also offered a $10 million reward for information leading to Qurayshi’s capture.

Bremer arbitrarily declared that no former members of the Iraqi military or Baathist Party should hold any position in the new Iraqi government. The effect was to cut the former Iraqi army loose with no promise for a legitimate future.

Undeniably, there is a certain satisfaction and sense of vindication in eliminating terrorists like al-Baghdadi and al-Qurayshi, but it is also necessary to ask: What is really accomplished? Terrorism is most often merely a symptom of a deeper problem. Many policy experts, like Thanassis Cambanis, a director at think tank Century International, have repeatedly warned that the real factor enabling terrorism to exist is the breakdown of authority that results from failed states. The phenomenon of failed states, in turn, results from the growing inequality that plagues much of the world. We spend millions on eliminating terrorists, but when it comes to dealing with the underlying factors that provide them with local support, we tend to think that we have more pressing problems at home.

Ironically, when the administration of President George W. Bush launched the Iraq War, Vice President Dick Cheney and Defense Secretary Donald Rumsfeld resisted appeals from the US State Department to prepare a plan for what to do with Iraq once Saddam Hussein was gone. Republicans were not into nation building. As a result, there was no plan.

The ad hoc strategy that was eventually adopted came from Bush’s special envoy to Iraq, Paul Bremer, a managing director at the consulting firm Kissinger & Associates. Bremer arbitrarily declared that no former members of the Iraqi military or Baathist Party should hold any position in the new Iraqi government. The effect was to cut the former Iraqi army loose with no promise for a legitimate future.

Atrocious behavior by American soldiers at Iraqi prisons like Abu Ghraib, along with the actions of US-hired mercenary groups like Blackwater, not to mention torture — euphemistically referred to as “enhanced interrogation” — at various CIA black sites around the world, confirmed the worst suspicions that various Islamic movements had about American intentions. Al-Qurayshi was just one of the hundreds of former Iraqi officers who subsequently joined one clandestine movement or another, all dedicated to driving the US out of the Middle East.

The US may not want to see itself as the world’s policeman, but until the underlying issues that empower terrorism are dealt with, it is likely that we will find ourselves forced into “removing” one bad actor after another. As we are learning, it is hardly a new story. The ancient Greeks referred to the phenomenon in the parable of Hercules and the Hydra. As soon as Hercules cut off one of the monster’s heads, two more appeared in its place.