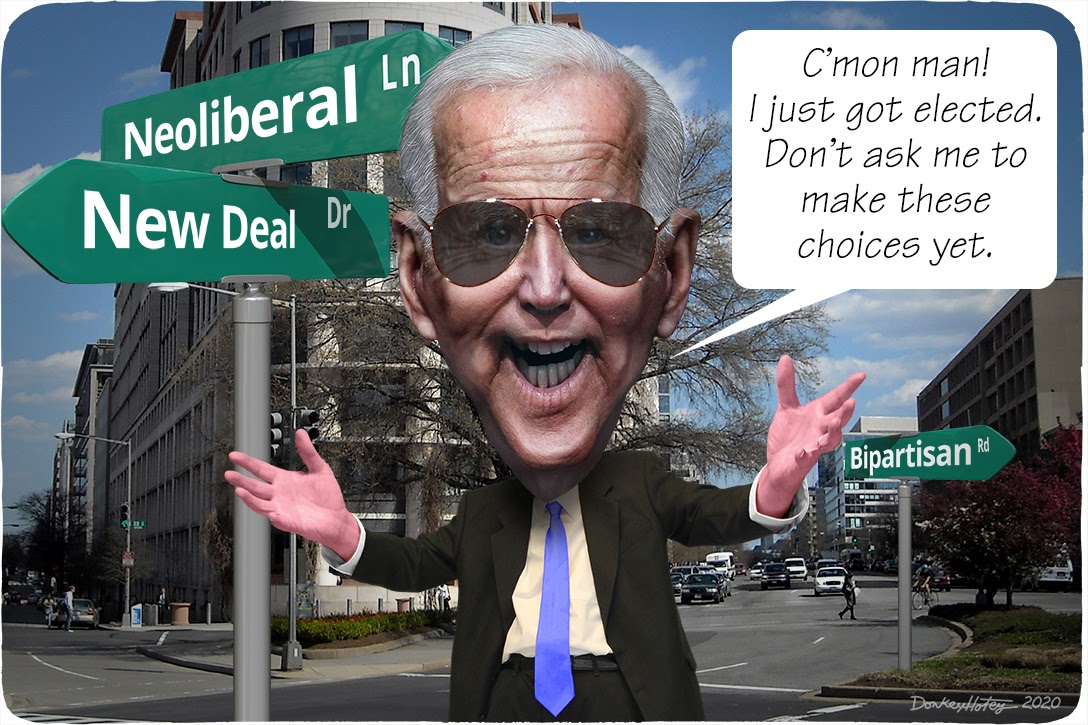 The decisions made during the transition will determine the success of the Biden administration and perhaps the planet. Photo credit: DonkeyHotey / WhoWhatWhy (CC BY-SA 2.0) See complete attribution below.
Cartoon Elections Opinion

Heartburn Over; Biden Wins the Presidency

Alka-Seltzer should indeed be able to cure the lingering heartburn from the last gut-churning five days. Let’s give thanks for a successful election, even with its hiccups, glitches, and excruciatingly slow results. Assuming the vote totals are correct, Joe Biden will be our next president. Donald Trump can return to the golf course, where he heard the news Saturday.

In the end, Biden won more votes than any other presidential candidate in history — even managing to pass the previous record set by Barack Obama. All of these votes will be counted. Any election challenges can be addressed the old-fashioned way: Assemble the evidence (no fake facts, please), file a legal complaint, and let the judicial process render its own verdict.

Only the Supreme Court has the power to steal this election — and it won’t.

First, Biden’s victory doesn’t hinge on a few thousand votes (or hanging chads) that might be challenged in a single state. His Electoral College majority is decisive.

Second, Chief Justice John Roberts won’t let his court overturn the will of the people, an act that would trigger a rapid destruction of American democracy.

A handful of irresponsible Republicans — Rep. Kevin McCarthy (R-CA) and other sycophants, please take a bow — could keep arguing, without evidence, that it ain’t over. But other adults in the GOP (assuming they exist) might start working with Democrats to solve the two most urgent postelection issues: managing the COVID-19 pandemic that is setting new daily records for infections, and providing federal aid for the small businesses and lower-income workers who most need it.

One more high priority, likely to achieve unanimous consent: Round up and exile all the pollsters whose predictions were (again) spectacularly wrong.

In the days and weeks ahead, there’ll be plenty of time to debate the strategy and tactics of winning and losing candidates and parties. And Democrats are already arguing about the road ahead: More socialism! No, more moderation! Tastes great! Less filling!

But for now, let’s pause to appreciate the moment.

Gerald Ford said it best on August 9, 1974, after being sworn in as president soon after Richard Nixon departed from the White House for the last time: “Our long national nightmare is over.”

The cartoon above was created by DonkeyHotey for WhoWhatWhy from these images: Joe Biden caricature (DonkeyHotey / Flickr – CC BY-SA 2.0), crossroads (AgnosticPreachersKid / Wikimedia – (CC BY-SA 3.0), and signs (ccPixs.com / Flickr – CC BY 2.0).