A mother who was among several hundred gun-rights supporters who marched down Main Street in Westcliffe, CO, as part of an Independence Day Parade. Photo credit: © Greg Smith/ZUMAPRESS.com
Opinion

What we need, apparently, are more guns. More guns, bigger guns, in more hands, cars, homes, purses, pockets, and plenty of other places.

After all, we’ve been told for decades that more guns make us safer, that an armed society is a polite society. Over those decades, we’ve pursued that theory with an impressive fervor, loosening gun laws, making guns more easily available and visible. In the United States alone, some 19 million firearms were sold in 2021, which means that in just one year, private citizens in this country bought more guns than most militaries possess in all their armories.

16 Crazy Things Americans Did With Guns

Then the only logical conclusion to be drawn is that still more guns are needed.

The Georgia General Assembly is trying its damnedest to make that happen. It’s an election year, and every election year another gun safety law must be dragged out into the public square and executed as a ritual sacrifice to the Cult of the Second Amendment.

A few years ago, the ban on weapons on college campuses was abolished. This year, it was Georgia’s long-standing gun carry laws, which require a background check and approval from a probate judge before a permit to carry is issued.

Under SB 319, which Gov. Brian Kemp (R) will soon sign into law and proclaim as one of his proudest achievements, such permits will no longer be necessary. Anyone can carry a weapon almost anywhere.

The gun lobby calls this concept “constitutional carry,” but there’s nothing “constitutional” about it. It’s a marketing slogan, not a legal description. If carry permits were unconstitutional, you couldn’t pass a state law to implement them, and you wouldn’t need a state law to abolish them. It’s also important to point out that until recently, gun cultists would brag about how effective the permit system had been in keeping weapons out of the hands of criminals and the mentally ill. 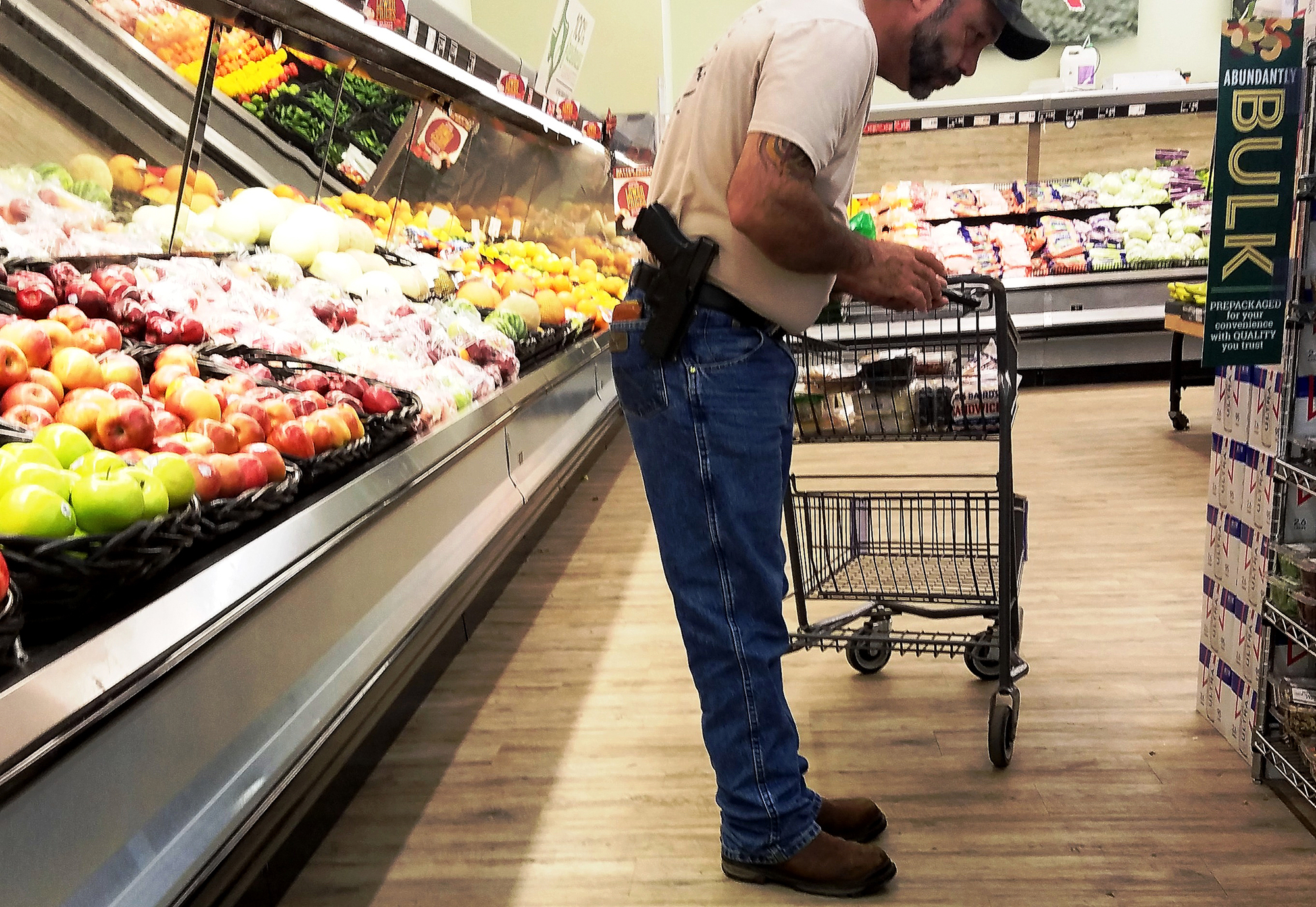 They endorsed and defended the system, until they began to run out of gun laws to abolish as proof of their fanaticism. Now it too is gone.

It’s also interesting to dig into the details of SB 319, at the hypocrisies and distortions and plain insanities it creates.

Under SB 319, for example, it will still be illegal to possess fireworks, bows and arrows, air rifles, or slingshots in Georgia parks and historic sites, because those things could hurt folks. However, you can walk around with an assault rifle and no one can say or do a damn thing.

Technically, SB 319 would still prohibit felons from carrying weapons, either openly or concealed. But that ban is meaningless, because under SB 319 police officers will be forbidden to check whether someone carrying a weapon has the legal right to do so. That’s right — they made the law unenforceable.

Do you feel safer now, Georgia?

During debate over the bill, pro-gun cultists took offense at the notion that the rise in gun-related murders and assaults has any link to the easy availability of guns. Remember, guns reduce violence; guns make you safer.

“Let’s stop blaming an inanimate object,” as state Sen. Randy Robertson (R) put it.  “I’ll tell you why violent crime is up. It’s because mothers, fathers, churches, educational institutions, and others have abandoned their responsibility to raise responsible adults.”

It is of course true that a gun is an inanimate object, but that’s not how the gun cultists treat it. They have turned that inanimate piece of steel into a fetish object, believing the gun to be the source of their liberty, their pride, their political power, their manhood. And the only way for the rest of us to restore some sanity and balance to the situation is at the ballot box.

Reprinted with the kind permission of The Georgia Recorder.