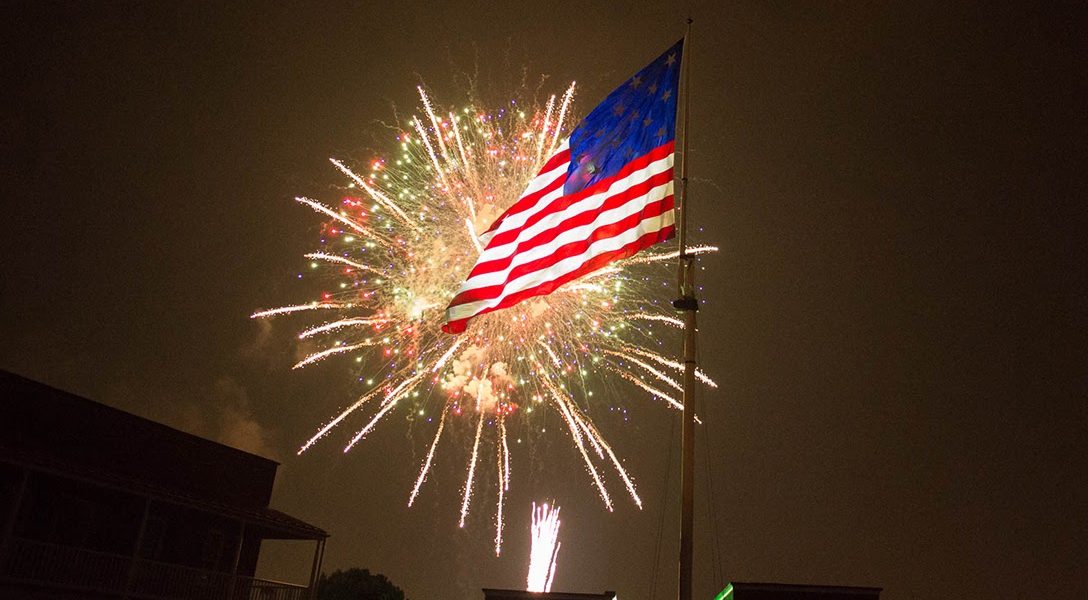 Enough With the Fireworks Already

Was that a Fourth of July firecracker you just heard, or real-life gunfire, or maybe a stick of dynamite? It’s getting hard to tell these days.

With the stress level already pushed to a fever pitch by the combined effects of the COVID-19 pandemic, the murder of George Floyd in Minnesota, and a national awakening to protests in favor of Black Lives Matter, a seemingly endless succession of late-night fireworks has put more than a few nerves on edge. Between May 29 and June 29, police in Philadelphia received more than 8,500 complaints against fireworks being detonated, mostly illegally.

Donald Trump might blame the Chinese, who invented gunpowder 2,000 years ago. Roughly a thousand years later, a Chinese monk, Li Tan, had the bright idea of creating the first firecracker by stuffing explosive black powder into a stick of bamboo and lighting a fuse to it. But in America, the tradition took off after British troops burned Washington to the ground in the War of 1812. British troops then advanced towards Baltimore, where an American militia held out against a British bombardment at Fort McHenry.

Francis Scott Key, momentarily held prisoner on a British warship in Baltimore, was so deeply moved by the “bombs bursting in air” and the sight of the Stars and Stripes still flying over the battered fort in the dawn’s early glow the next morning that he wrote the words to the “Star-Spangled Banner” that became our national anthem. Fireworks may have begun as a Chinese idea, but they have symbolized America’s Fourth of July Independence Day celebrations ever since.

As a foreign correspondent, I had covered wars in Vietnam and the Middle East. I am pretty good at recognizing gunfire and identifying high explosives. But even I have had trouble lately telling whether the sounds that increasingly rip through the night air are fireworks or something considerably more serious.

The stress that many Americans feel now, however, may have turned that time-honored tradition into too much of a good thing. “These friggin fireworks are driving me insane,” an angry neighbor commented on Nextdoor, a social media site that serves Philadelphia neighborhoods.

“Me too. My dog is terrified and trembles. This nightly stress can’t be good for him,” responded another neighbor.

“My cat hides from 3 PM [to] midnight every night and I just can’t understand how this is going to continue for another month without me truly losing it. It’s so loud — really it’s impossible to do, hear, or say anything. I hate it,” said another.

“I’d like to take those fireworks and shove them you-know-where, my poor dog shook for an hour!!” said a fourth.

The wave of protests that swept the country following George Floyd’s death were certainly justified, but they have not done much to calm tensions. In Philadelphia, the crowds rushing into the streets, waving Black Lives Matter signs, unintentionally provided cover for bands of looters to trash many of the city’s downtown stores. For several days after the demonstrations started, three police helicopters ominously circled over troubled neighborhoods late at night, further adding to the sense of uneasiness.

As a foreign correspondent, I had covered wars in Vietnam and the Middle East. I am pretty good at recognizing gunfire and identifying high explosives. But even I have had trouble lately telling whether the sounds that increasingly rip through the night air are fireworks or something considerably more serious. The difficulty is increased by the fact that often enough it is real gunfire.

Crump had allegedly “offered up explicit instructions on how to best set dynamite up to blow up an ATM.” If you wanted to buy a stick or two, you could contact him via Instagram.

The day after the protests began, Philadelphia’s police commissioner, Danielle Outlaw, reported that explosives had been used to blow up at least 50 ATM machines across the city. Outlaw initially attributed the explosions to M100 or M250 heavy-duty fireworks, familiarly known as “blockbusters.” In fact, it turned out that a number of explosions had been caused by dynamite.

Police arrested a 26-year-old suspect, Talib Crump, after he tried to sell home-made dynamite to two undercover police officers from his car. Crump, who appeared to be more entrepreneurial than political, had enough dynamite with him to blow up at least four ATMs. Police later found 30 sticks of dynamite at Crump’s house. They also found two magazines with ammunition. Pennsylvania Attorney General Josh Shapiro said that Crump had bragged on social media that using dynamite was better than bullets for robbing an ATM. In addition, Crump had allegedly “offered up explicit instructions on how to best set dynamite up to blow up an ATM.” If you wanted to buy a stick or two, you could contact him via Instagram.

To say that all this put people on edge is an understatement. Philadelphia and its surrounding suburbs canceled their normal fireworks mostly to avoid crowds that might further spread COVID-19, but the official cancellations have done nothing to dampen the amateur launch of fireworks at almost any time of day or night. As a foreign correspondent, I covered wars in Vietnam and the Middle East. I am pretty good at recognizing gunfire and identifying high explosives. But even I have had trouble lately telling whether the sounds that increasingly rip through the night are fireworks or something considerably more serious. The difficulty is increased by the fact that often enough it is real gunfire.

The Philadelphia police, it is safe to say, are no fans of the aftereffects of the Second Amendment these days. When everyone seems to be carrying a gun, you never know when you are going to stumble onto an impromptu firefight. In the neighborhood where I live in South Philadelphia, teenage gangs regularly take pot shots at each other. They rarely hit anything, but the gunfire manages to be unnerving, nevertheless.

A day or so ago, two detectives in an unmarked car tried to stop another car, driven by a suspect in a shooting earlier in the morning. As one of the detectives approached the car, the driver opened fire on the other detective, who was still sitting behind the wheel of his car. That detective promptly returned fire through his car’s windshield. The suspect then ran down the street in front of my house, the other detective shooting after him. Luckily, no one was hit, and the suspect was eventually apprehended, but it didn’t make the atmosphere in the neighborhood more relaxed, and it certainly didn’t make my neighbors eager to hear even more firecrackers going off later that night. In fact, it convinced me that this Fourth of July might be better spent in quiet contemplation than in imagining more bombs going off in the air. We have been through a lot, and the country has had enough explosions for the time being.