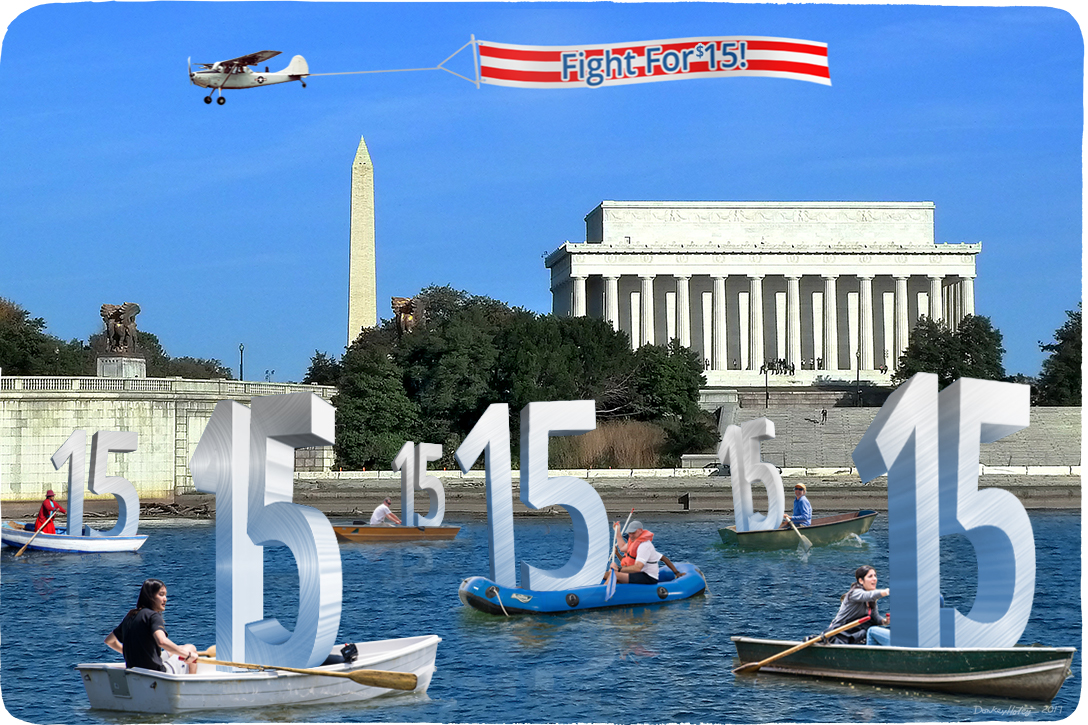 Despite the Naysaying of Employers and Pundits, Minimum Wage Must Rise

When it comes to the fight to raise the minimum wage, many in the mainstream media have already made up their minds.

NPR Weekend Edition host Scott Simon had only scorn for Rep. Adam Smith (D-WA) when Smith raised doubts about the credibility of a University of Washington study that appeared to show that some low-skill workers were worse off after Seattle decided to gradually raise its minimum wage to $15 an hour.

In what can only be termed a hostile exchange for NPR, Simon fired back: “I mean, I’ve got to ask — are you — is there any study that will convince you this wasn’t the idea you thought it was, or are you just going to wait for a study that agrees with your ideas?”

It is touching that highly paid reporters should have so much empathy for low-skilled workers. It is quite likely they have never done the math to compute what their own generous salaries amount to on an hourly basis.

In truth, Rep. Smith was not the only person to question the study’s methodology.

“There were plenty critiques [of the University of Washington study] the media could have reported on,” Yannet Lathrop, a policy analyst for worker advocacy group, the National Employment Law Project (NELP), told WhoWhatWhy. “Maybe that was too much detail for the media to report.”

For example, economists at the University of California Berkeley also released a study of Seattle, and had far more optimistic findings. They faulted the University of Washington’s study, partly because it excluded chain employers like Walmart and McDonald’s — leaving out nearly half of Seattle’s low-paid workers. Multi-state employers, like fast-food franchises and restaurant chains, now have to pay a higher minimum wage. So the University of Washington study failed to consider whether workers who left jobs with small employers actually went to work for bigger employers now offering better pay. What the study described as job losses, Lathrop explained, could actually mean that workers were earning higher wages.

The current federal minimum wage is $7.25 an hour. That paltry rate covers workers in 19 states. It translates roughly into a weekly salary for full-time work of less than $300 a week before taxes, or about $15,000 a year. Could you live on that? Even at $15 an hour, workers would struggle. That amounts to about $31,000 a year, before taxes. That salary, “will not allow anybody to get a yacht,” Lathrop said. Even in the Southern states, where workers earn lower wages, a $15 minimum would be “far from luxurious,” she added.

If the minimum wage rose as worker productivity increased, as it generally did between the end of World War II and 1968, it would now be more than $21 an hour. Even worse, today’s workers aren’t even earning what the 2009 minimum wage could purchase. Inflation has eroded its value by nearly 10 percent.

In the light of a soaring stock market and booming corporate profits, it is difficult to see that lifting American workers out of abject poverty would be the “free lunch” the headline writers at the Washington Post envision.

But we should not be surprised at the media’s reservations about raising the federal minimum wage. After all, the same arguments have surfaced every time the issue has come up — for more than 80 years. A recent study that examined critiques of minimum wage hikes over the years found the same dire warnings kept recurring.

In 1938, when the Roosevelt White House and Congress approved a 25-cent-per hour minimum for a Depression-ravaged nation, corporate leaders predicted “distress, misery and despair.”

In 1945, the National Association of Manufacturers warned that increasing the minimum from 40 cents to 75 cents an hour would be “a reckless jolt to the economic system. Living standards, instead of being improved, would fall — probably to record lows.”

The last time the minimum wage went up was in 2009. Before that occurred, the National Restaurant Association (NRA) predicted that the hike “would cost our industry jobs.” But three years later, the NRA boasted that the “restaurant industry provided much-needed job growth during the sluggish last decade, it also is poised to post steady growth into the future.”

NELP examined labor statistics following 22 increases in the minimum wage. Its researchers found that after most wage hikes, employment increased, as did total hours worked. In those few instances when employment fell after a minimum wage increase, it almost always tracked to an economic recession.

Low-wage workers across the country are not waiting for the mainstream media to catch up. They’ve taken their campaign to the nation’s largest corporations, to cities and states, and to Congress.

Between January 2014 and October 2016, 18 states and scores of cities had begun to phase in increases to their minimum wage rates. An analysis by the Obama Administration’s Council of Economic Advisers, Domestic Policy Council, and Department of Labor concluded that the wage hikes had helped, not harmed, these states.

Indeed, when the Missouri state legislature recently passed a law to roll back St. Louis’s newly implemented minimum wage increase, more than 100 local businesses pledged to “save the raise” and not throw workers back from $10 an hour to the state’s $7.70 hourly rate.

Even Patriotic Millionaires, comprised of wealthy investors, is supporting a federal hike, taking its campaign directly to McDonald’s. The investors make the case that McDonald’s low wages and mistreatment of workers are eroding its own customer base, to the tune of 500 million fewer customers over the past five years.

The investors also point out that McDonald’s workers, who get by because of federal benefits like food stamps, cost taxpayers $1 billion each year.

In both the House and Senate, Democratic leaders have endorsed a federal minimum of $15 hour. A legislative proposal now in play would gradually phase in the wage hike, benefiting an estimated 41 million US workers. Republicans should hop on this bandwagon.

After all, a country that claims to stand for “liberty and justice for all” cannot consign millions of its workers — and their children — to living in poverty forever.