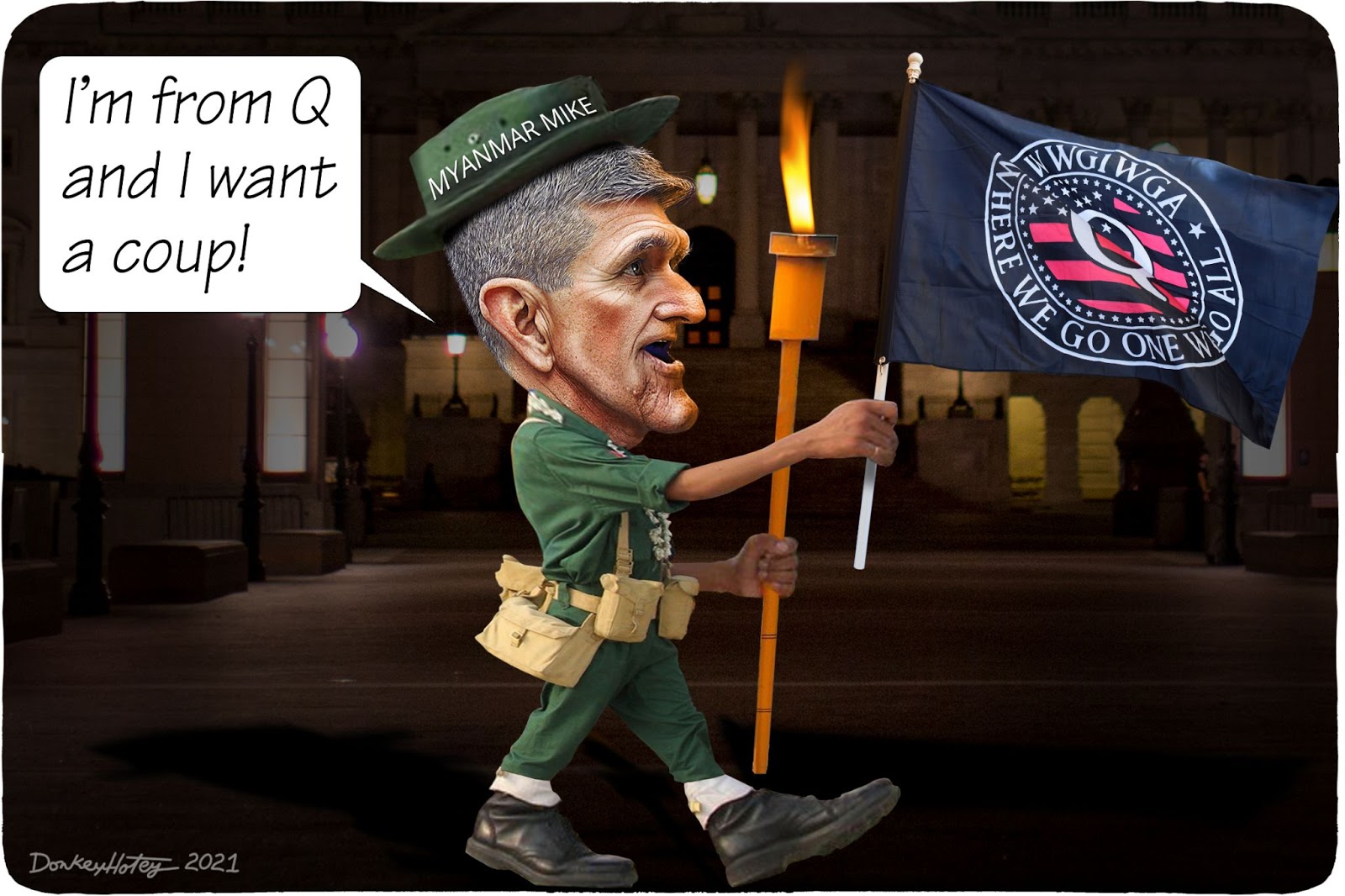 In the wake of the bloody insurrection at the Capitol on January 6, one question lingered along with the stench of tear gas and bear spray — was that abomination a one-off, or was it in fact the start of something new, something far more ominous? In the aftermath of the January 6 attack I gave my own guess in an article called “Trump’s Storm Troopers: First Blood.” “Stay tuned,” I advised. “This is just the beginning.”

Now, five months out, we can see the larger pattern that is forming. The United States is being threatened from within as it has not been since the Civil War. We are once again becoming a nation divided, with family members pitted against each in bitter recrimination. The new Mason-Dixon Line can be almost anything — a MAGA hat, a Black Lives Matter sign, an absentee ballot. Suspicions over COVID-19, masking, and vaccinations simply followed the fault lines already laid bare by the last election, to the point where the pandemic itself became political. The country now seems in gridlock, with a third of the population determined to continue fighting the last election.

You have a former UN ambassador telling Vice President Kamala Harris that she was “unfit” and “unprofessional” for wishing everyone a happy three-day weekend, shortly after she tweeted about the importance of the Memorial Day itself. Presumably Nikki Haley thought all of Trump’s 25,000 tweets while president were totally professional, for instance when he tweeted that his nuclear button was “much bigger” than Kim Jong Un’s, or when he suggested that progressive Democratic representatives should return to the “corrupt … crime infested places from which they came … you can’t leave fast enough.” And on a deadly serious level, you recently had the country’s former national security advisor, Michael Flynn, a retired Army lieutenant general still drawing full pension, publicly calling for a Myanmar-style military coup against the Biden administration. According to Mary Papenfuss of HuffPost, Flynn’s remarks were met with “wild screams of approval.” The name of the QAnon event at which Flynn spoke was perfect for an upside-down world: “For God & Country Patriot Roundup.”

Do the lessons of the Civil War offer any wisdom to the fraught period we are now in? I celebrated this past Memorial Day Weekend in Vermont, where the local PBS channel rebroadcast a magical documentary called Death in the Wilderness: A Love Story, about Frankie Davenport, the widow of a fallen Vermont Union soldier who spent a year trying, and finally succeeding, in bringing her husband George’s remains back to their hometown of Brandon. Frankie would start a Memorial Day tradition of young girls in white dresses laying wreaths at the foot of the town’s memorial statue and throughout the local graveyard. Vermont sent 34,000 soldiers, more than 10 percent of the state’s population, to Civil War battlefields. Over 5,000 died. Frankie’s husband was killed during the Battle of the Wilderness, in Spotsylvania County, VA, hence the film’s title.

The Civil War veterans of Vermont quickly formed a Reunion Society, which would meet periodically to lament the extent to which their victory had turned to ashes. In their view, they had fought to “put down a treasonous rebellion” and had saved the United States, but then everything had gone to hell. One veteran, John R. Lewis, an officer and an amputee, lamented at one Reunion meeting that he had seen “Reconstruction destroyed” and had watched the sun set on the very “Black liberty” for which he had fought. Lucius Bigelow, an abolitionist turned soldier, declared, “What was worth fighting for during four years was worth talking about, not vindictively, not boastfully, but reverently, forever and forever and forever.” 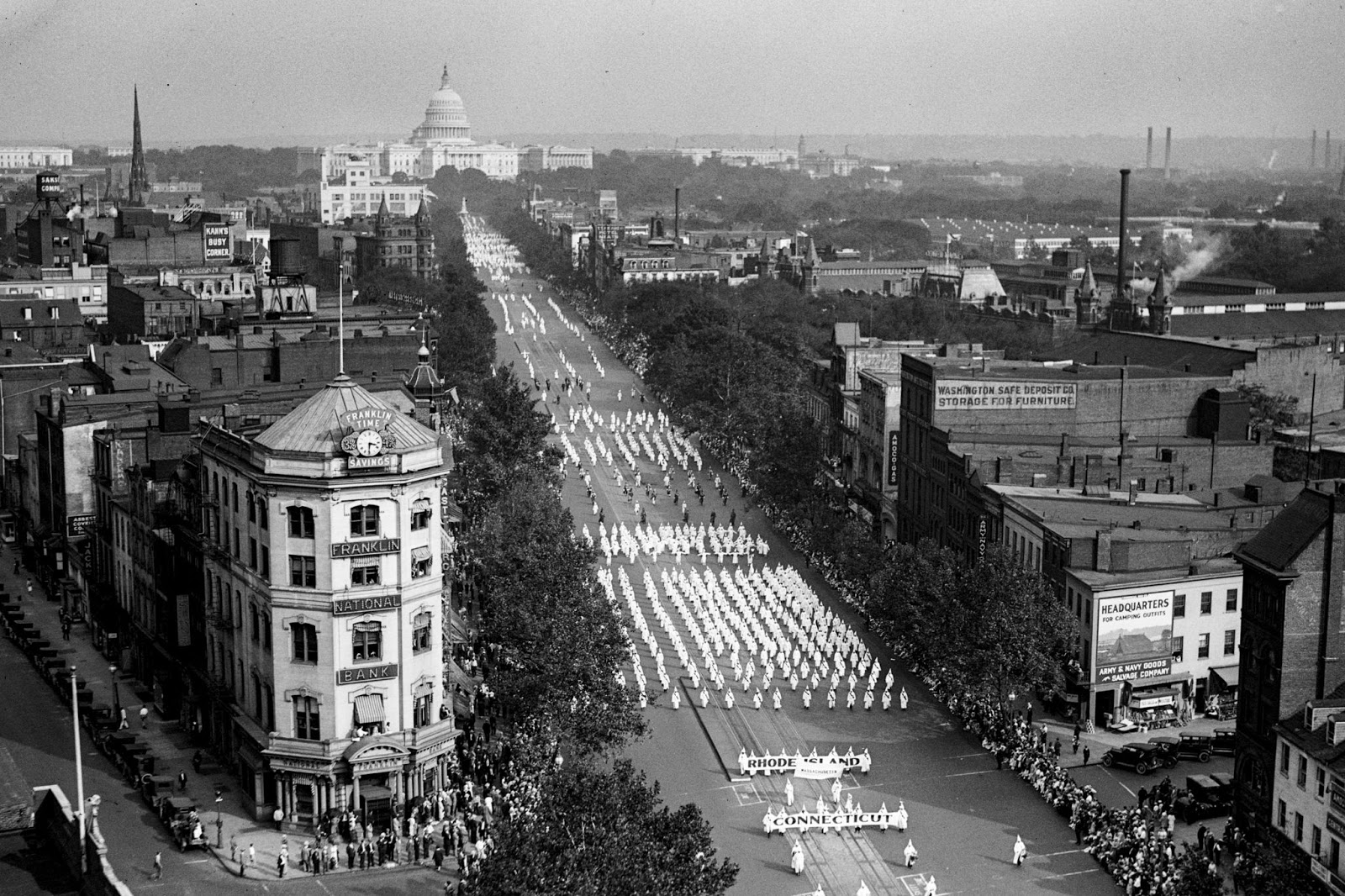 Those veterans had more than earned their bitterness. The war they fought was won on the battlefield, but the peace had soon been lost in statehouses and courtrooms and the public squares across much of the country. For the next hundred years, Confederate sympathizers, with their voter suppression laws, their robed Klansmen, their public lynchings, and their Jim Crow laws, made a mockery of the North’s victory. The big lie the South would promulgate was that of the “Lost Cause,” the notion that the war had been fought over states’ rights, not slavery, and that it had been both a heroic and just war. That the good guys had lost.

Are we now doomed to repeat history with Trump’s own version of the Lost Cause, “The Stolen Election”? Joe Biden won the 2020 election resoundingly, by 7 million in the popular vote, and with a 306 to 232 margin in the Electoral College — similar to that which Donald Trump had declared a “landslide” just four years prior. It was one of the clearest presidential victories of this century, one that was reaffirmed time and again through every state recount and each court proceeding (many under the supervision of local and state Republican officials). But who is winning the zeitgeist? An extremely vocal minority of Trump apologists, accomplices, and cultists has clung to the absurd notion that Trump actually won. The big lie has spread inexorably throughout the land like an indelible ink stain, on social media, on conspiracy sites, and on the perverted platforms owned by Rupert Murdoch. Operating behind this propaganda smokescreen, local Republican officials have been busy passing laws to protect against another so-called theft, laws that dismantle time-honored state election procedures, while party leaders continue to marginalize anyone who is not willing to kiss the ring of the Emperor-in-Exile.

Now, in the aftermath of a vicious election campaign that witnessed a sitting president order his attorney general to arrest and jail his political opponent, followed by a bloody insurrection to halt the certification of the results, a new civil war has broken out, with anti-democratic forces in state after state peeling back decades worth of hard-earned gains in election accessibility at the ballot box, much as they did during the Jim Crow era. We have now entered an era of political sectarianism, with a defeated president fighting an unprecedented rear-guard offensive from his golf club bunker. Matters will only get worse as Trump returns to the public stage with his MAGA rallies, where he will undoubtedly stir up more sedition throughout this summer and fall.

It seems clear enough that the coming elections next year, and again in 2024, are in peril. In the wake of its losses in November 2020, the Republican Party refuses to give up its big lie, refuses to investigate the January 6 insurrectionist attack, and refuses to give up its attack on voter access and democratic procedure across the country. If things continue apace, no matter what voter tallies show, or what official recounts show, if the Republicans lose again at the ballot box they will likely follow this ruinous 2021 template, fighting on forever through their state parties, through the courts, and through the Murdoch miasma, until democracy itself will have died a slow and tragic death.

We stand at a bloody crossroad. We have just a few years to pick the right path going forward. If not, those 5,000-plus Vermonters who died on Civil War battlefields — not to mention the one million soldiers who have died in all our foreign wars to preserve our democracy — will have died in vain.