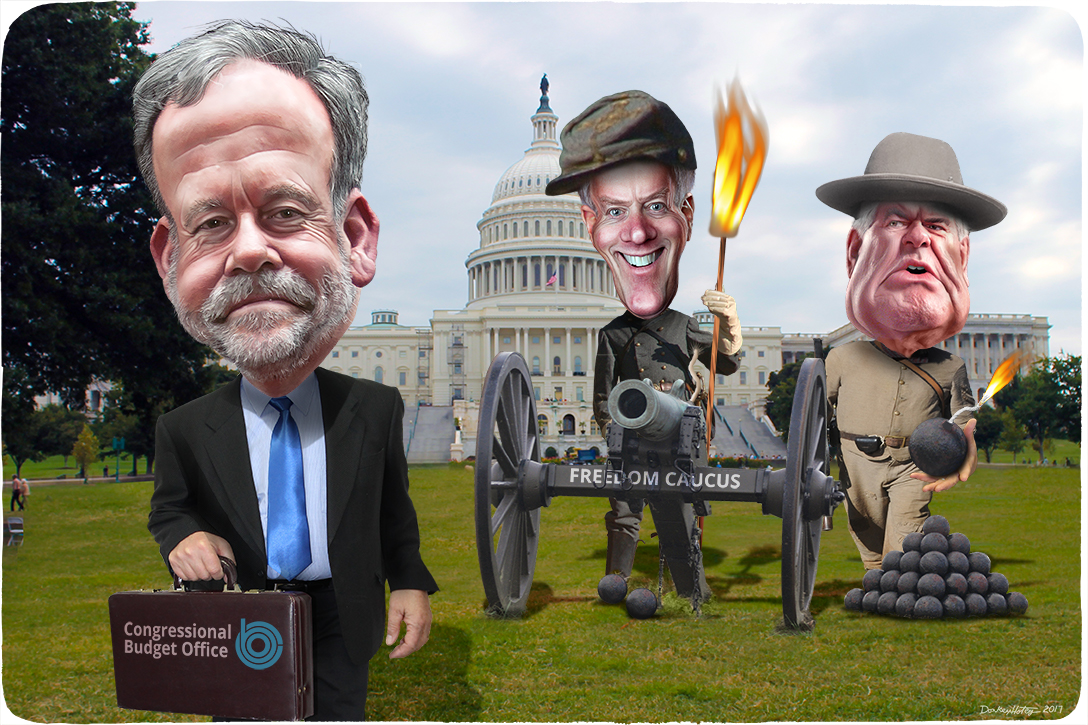 Usually, the phrase “kill the messenger” is a bit of overwrought hyperbole.

But that was not the case late last month when House Republicans almost did just that. The House considered amendments to a spending bill that could have gutted that very inconvenient messenger, the Congressional Budget Office (CBO).

Conservative Republicans and the Trump White House were apoplectic when CBO delivered the bad news on their various proposals to “repeal and replace” Obamacare. The agency predicted that the proposals would cause tens of millions of people to join the ranks of the uninsured. CBO’s headline-grabbing estimates were a major factor in ginning up massive opposition to the health care bills.

The reasonable reaction to the bad numbers would have been to retool the proposals. But politics is far from reasonable these days. Instead, the White House released an ad and an op-ed insisting that CBO’s numbers were wrong, a claim not bolstered by the fact that the ad misspelled the word, “inaccurate.” Fact-checkers soon questioned the administration’s other challenges to the agency’s estimates, adding context and defending CBO’s prediction about the number of uninsured.

When those attacks pretty much backfired, a few Republican conservatives intensified their opposition, challenging the agency’s very existence. They offered amendments to a spending bill that would have eviscerated CBO’s budget of under $50 million by $15 million or more, and outsourced much of its work to private think tanks.

Republican firebrand Rep. Mark Meadows (NC) claimed that CBO’s role should be one of aggregating cost estimates from the conservative Heritage Foundation and American Enterprise Institute and the more progressive Urban Institute and Brookings Institution. Meadows charged that CBO was “the one group that makes a weatherman’s 10-day forecast look accurate.”

The attacks on CBO are not business as usual in Washington. The nonpartisan office was created in 1974 to serve Congress, by helping lawmakers understand the effects their proposals would have on the federal budget.

Those impact estimates have become a fundamental part of the legislative process. Members of Congress from both sides of the aisle rely on a CBO “score” to inform their proposals. They often grumble about the CBO score their pet ideas receive, and may sometimes challenge some of CBO’s assumptions, but they appreciate and respect the process.

Meadows may have been surprised by the outrage his attack on CBO provoked. Every living former CBO director, both Republican and Democratic, wrote a letter to congressional leaders defending the agency in no uncertain terms, pointing out its 42-year history of providing nonpartisan budget estimates to Congress.

Nonprofit advocates also weighed in. The Project on Government Oversight, which trains congressional staff to do more effective oversight, predicted that gutting CBO “would send a chilling message to all other independent offices, such as the Congressional Research Service or the Government Accountability Office.” R Street, a Republican-leaning free-market advocate, teamed up with Demand Progress, a progressive policy advocate, to urge Congress to fully fund the agency.

In the end, the pressure worked. The House defeated these attempts to gut the CBO. For now.

But it is difficult to imagine that the prospect of its imminent demise did not affect the folks at this small nonpartisan office. Its staffers well know the perils of trying to give Congress impartial information.

After all, in 1995, another nonpartisan agency created to help Congress bit the dust when then-Speaker Newt Gingrich found its fact-based work not worth even its tiny budget. Republicans and Democrats banded together to try to save the Office of Technology Assessment (OTA), formed to deliver advice to Congress on emerging scientific and technical issues. But their efforts failed.

The OTA has been missed. Let’s hope some measure of sanity in Washington prevails and CBO will not suffer the same fate.