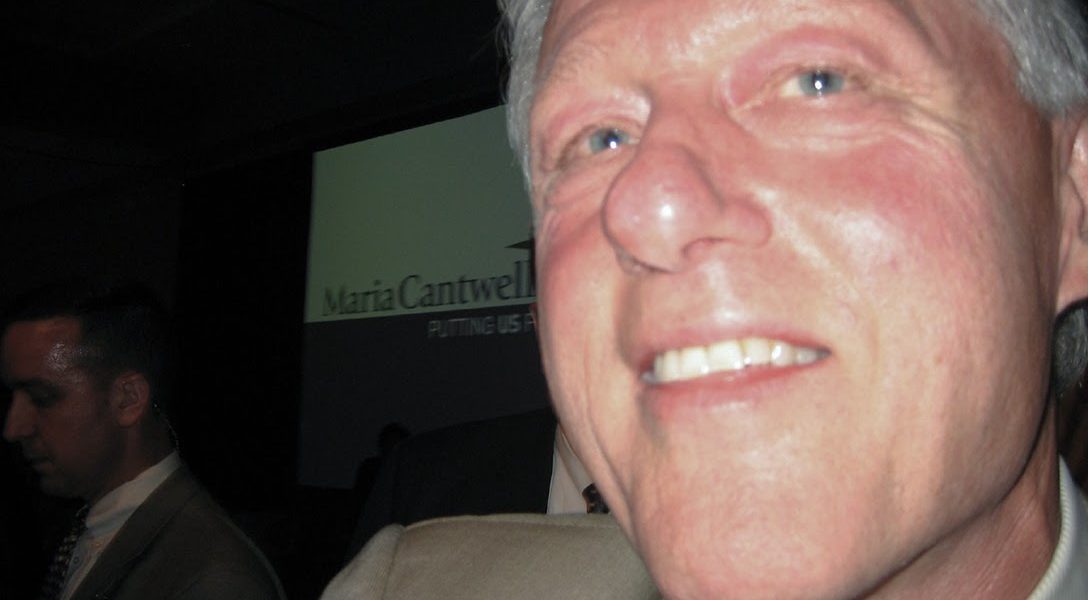 When former two-term President Bill Clinton takes the (virtual) stage this week at the Democratic presidential nominating convention in Milwaukee, you would expect all the party faithful to be excited at the prospect.

You would be wrong.

“Why the F*ck is Creepy Bill Clinton Speaking?” began a headline for the online Daily Beast. The author, Erin Ryan, describes Clinton as a “relic” and says his prominent convention role “weakens Democrats’ claims that they’re the antidote to [President] Trump and his Republican party.”

Clinton, of course, has baggage galore. Beyond numerous alleged affairs, several women have accused him of non-consensual sex, and he narrowly escaped being removed from office by the Senate after lying about having sex with an intern inside the White House. So not everyone is rolling out the welcome mat. In a listserv email to friends, retired investigative journalist and author Stephen Pizzo called the Democratic National Committee’s decision to schedule Clinton “the first big mistake the DNC has made so far this election.”

“With Bill Clinton’s name all over Jeffrey Epstein’s ‘Lolita Express’ jet logs, and his presence admitted on his private ‘Pedo Island’ resort, the last thing Dems need right now is Bill Clinton in the spotlight,” Pizzo added in an email. He was referring to previously reported friendships between Clinton, other A-list celebrities, and Jeffrey Epstein, the globe-trotting financier and convicted sex offender accused of sex trafficking underage girls before killing himself in jail last August.

"There are worse possible 2020 DNC speakers than Bill Clinton, but I can’t think of many. Jim Traficant? Anthony Weiner? Harvey Weinstein?" @morninggloria https://t.co/BtHKP8lZfk

Democrats have been unusually harmonious since Biden’s last challenger for the nomination, Sen. Bernie Sanders (I-VT), bowed out. The feeling was that Trump’s mishandling of the coronavirus, the tanking US economy, and his erratic government-by-Twitter should sweep him out of office November 3 — if Democrats don’t screw up.

But the planned lineup of convention speakers evidently popped the lid on a cauldron of resentments, and also raised eyebrows about some prominent Dems who didn’t make the cut.

The speaking invitation for Hillary Clinton, the 2016 Democratic presidential nominee and former secretary of state, prompted cries to “lock her up!” (Well, almost.) At least Hillary won’t be convicted of guilt by association with her husband; they’re scheduled on different nights.

Former New York Mayor Michael Bloomberg, who spent more than $1 billion of his own money to collect a whopping 55 convention delegates (out of 3,979 total), will be speaking, as will New York Gov. Andrew Cuomo, because, well, it takes a lot of New Yorkers to sing “New York, New York.”

Both Obamas, naturally, will have prominent speaking roles: Michelle, because she had the good sense not to run for president, and Barack, because seeing him on TV infuriates Trump, prompting nonsensical but entertaining tweetstorms.

Curiously, Stacey Abrams, sometimes described as “Democratic royalty” for her near-victory in the 2018 Georgia governor’s race and her efforts to expand minority voting rights, wasn’t invited initially, though she eventually landed in a crowded slot on Tuesday night. Neither were Montana Gov. Steve Bullock and former Colorado Gov. John Hickenlooper, ex-presidential candidates now seeking Senate seats; you’d think the party would have given them a prime-time push.

From the new CBS poll of Democrats: Which of these people would you like to hear speak at the DNC?@AOC
Yes: 63%
No: 37%

And former Vice President Al Gore, whose 2000 presidential campaign arguably made climate change a top-of-mind issue for millions of voters, also won’t be speaking. Since 2020 may end up only the second-hottest year for the planet on record (behind 2016), there’s no need for hasty action, and omitting Gore was clearly an example of sound editorial judgment.

Journalist Elie Mystal suggested Saturday on MSNBC that NBA star and social activist LeBron James should be invited to the gathering. NewsOne, a Black-oriented news site, joined the “we want Lebron” chorus Sunday, saying more attention should be paid to Black voters, and publishing a tweet that said “Democrats continue to ignore this voting block & do so by having Mayor stop & frisk [an unkind reference to Bloomberg] speaking at the DNC when they should have people like LeBron James speaking.”

Such an invitation would be welcome red meat for Fox & Friends announcers, but could lead to every convention planner’s nightmare: a spontaneous “Draft LeBron” outburst from online delegates that would play hell with the schedule.

With only eight hours of prime-time TV coverage (gavel to gavel on cable news outlets; here and there on other networks) scheduled over four days, the biggest challenge for convention planners will be trying to cram in all the speakers.

The Tuesday night lineup takes a cast-of-thousands approach, with the 9-10 PM lineup featuring 1) six party luminaries (including Mr. Bill and AOC); 2) a “Roll Call Across America” to hear from “voters, delegates, parents, teachers, small business owners, activists, and leaders in the Democratic Party;” and 3) a “keynote address” featuring 17 (yes, 17) of the party’s “rising stars.”

Jill Biden, the nominee’s wife and a former second lady in her own right, supposedly gets the second hour to share heartwarming anecdotes from Joe’s basement, though 10 minutes seems more likely if the previous guests run long.

Thursday is the grand finale, with Biden’s acceptance speech (“I am honored, humbled, and determined, etc.”) scheduled for 10 PM (he received special permission to stay up past his usual bedtime). For anyone who skipped the previous 3 1/2 days of coverage but now feels guilty about it, a special Pod Save America Live pre-show at 8 PM will include the week’s highlights, as well as “classic moments from conventions past” — another sure-fire crowd pleaser.

Two fearless predictions: At least a few things will go wrong. And for viewers at home, expect to see plenty of overtime (and not just in the competing NBA playoffs) — or be abruptly jerked back to the 11 PM local news. After all, some things are much more important than choosing the next president.