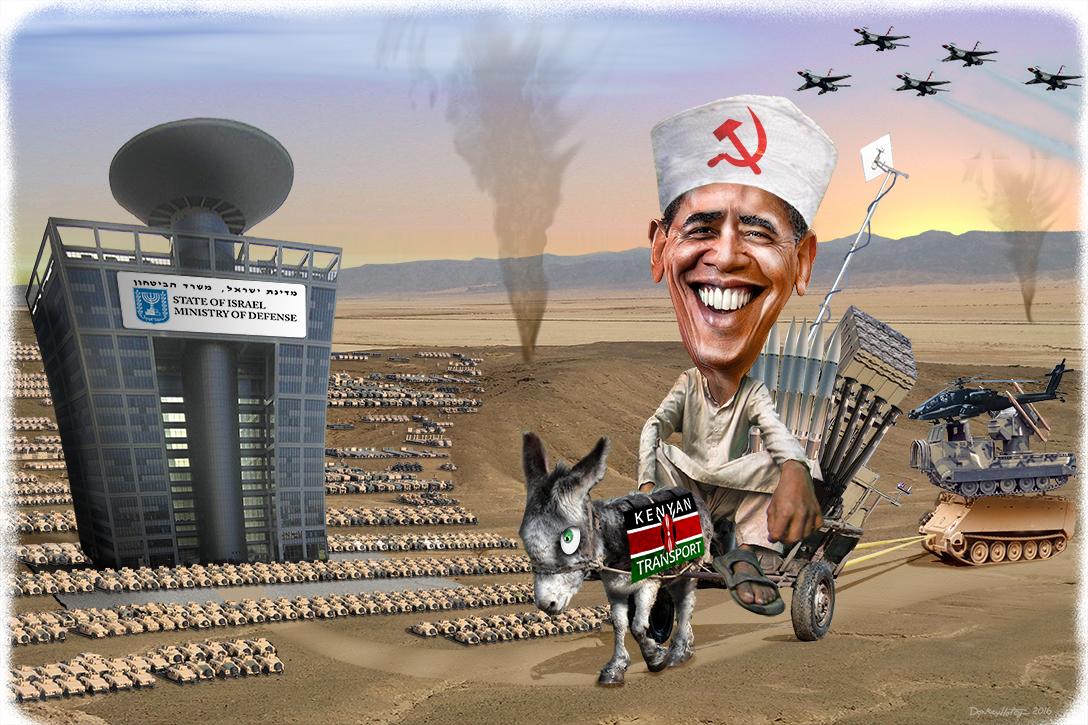 Somebody has to say it: Barack Hussein Obama is terrible at his job. In fact, it has never been more apparent than this week how stunningly ineffective he has been.

Mind you, we are not talking about his performance as president of the United States. No, we are talking about his real job as a Muslim plant who will bring the Great Satan to its knees and give birth to a new Caliphate.

On some days, it seems like he is not even trying to undermine the US from within, bring about the destruction of the Zionists and implement Sharia Law around the world.

Case in point is Wednesday’s landmark agreement with Israel. The US pledged to give its ally $38 billion in military aid over the next decade. The money is earmarked to boost Israel’s missile defense system, upgrade its air force and strengthen the mobility of its ground forces. The pledged assistance, the most any country has ever received, comes on top of the $24 billion the US has given Israel since Obama usurped the presidency.

“Both Prime Minister Netanyahu and I are confident that the new MOU [Memorandum of Understanding] will make a significant contribution to Israel’s security in what remains a dangerous neighborhood,” Obama said in a statement on the agreement. “The continued supply of the world’s most advanced weapons technology will ensure that Israel has the ability to defend itself from all manner of threats.”

We are pretty sure that is not what Obama’s Muslim overseers had in mind when they hatched their plan to get one of their own in the White House. Add to that his stubborn refusal to stop fighting ISIS or to end the record number of drone attacks all over the world and it becomes quite clear that Obama was a pretty poor choice for the job.

Despite his failures as Manchurian Candidate, and even though Donald Trump, who had been one of the few people to see through the plot from the beginning, was finally fooled into believing that Obama is an American, a lot of the supporters of the GOP nominee still know what’s going on.

Only 13% of Trump supporters are buying into Obama’s cover story that he is a Christian while a strong 59% have recognized the truth that he is a Muslim.

Obama, who is also a socialist, has done an equally poor job of bringing American capitalism to its knees. Finally, he is running out of time to destroy the Second Amendment. He has to come up with a new plan after his initial scheme of publicly weeping because of his inability to stop mass shootings has proven to be an ineffective way of taking away the guns of all Americans.