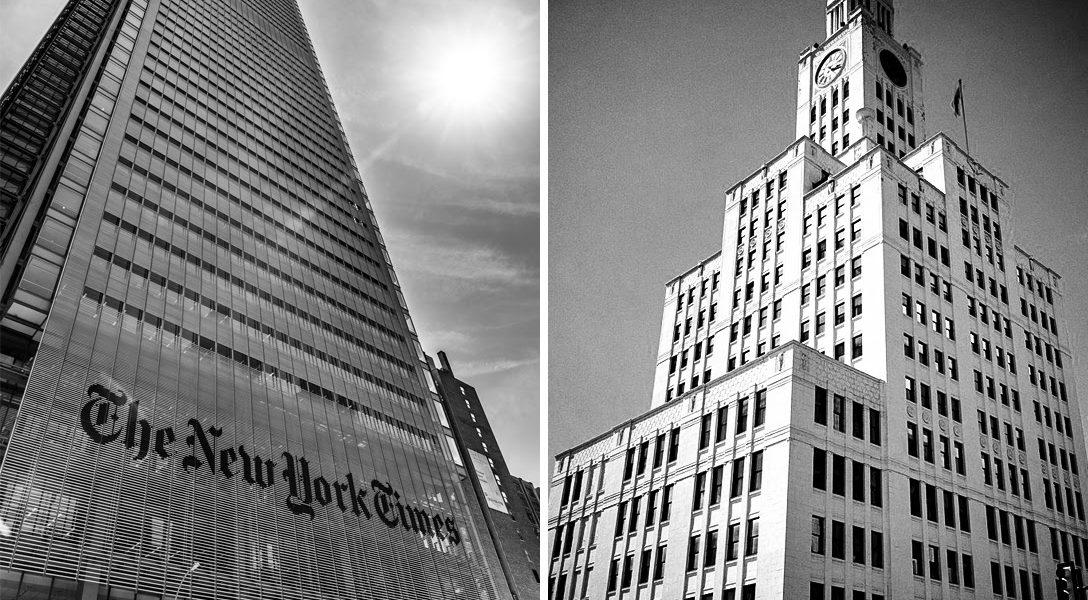 All the Views Fit to Print

The dust may be starting to settle on the resignations of New York Times opinion editor James Bennet and Philadelphia Inquirer Executive Editor Stan Wischnowski – both over opinion columns stemming from the George Floyd/Black Lives Matter protests — but media organizations everywhere could feel the implications for years.

There’s no political issue in American life more sensitive than race relations, so it’s no surprise that discussing it generates strong, sometimes angrily expressed views. It’s the role of responsible journalism to inform and facilitate the discussion, and sometimes journalism errs.

But should the errors be terminal?

The Times’s Bennet resigned on June 7 after his section published a much-criticized column by Arkansas Sen. Tom Cotton, a Republican, calling for a military response to vandalism taking place in American cities alongside protests spurred by the death of George Floyd. Publisher A.G. Sulzberger, in a note to staff, said publication of the column represented “a significant breakdown in our editing processes, not the first we’ve experienced in recent years.” Mr. Bennet conceded that the column had not been thoroughly edited and should not have been published. The Times noted factual inaccuracies and a “needlessly harsh” tone.

The Inquirer’s Wischnowski resigned on June 6 after a headline many on his staff found objectionable. The headline, “Buildings Matter, Too,” over a column about property damage resulting from the Floyd protests in that city, suggested to many an offensive equivalence of real estate and people.

Should the potentially offended have a preemptive veto over what gets discussed and in what tone, and should the threat of a veto constrain what editors publish?

These cases raise questions that go beyond racism or any other single controversy. For starters, should editors — or leaders in any enterprise, for that matter — be terminated for procedural lapses, which seem to figure in these cases, or, for that matter, misjudgments made in good faith?

Smart, well-meaning people make mistakes, sometimes big mistakes. Is someone’s job or career a fair price to pay? To the extent that either of these terminations was meant to mollify offended sensibilities, are they merely the latest casualties of the Cancel Culture?

Senior editors at large publications run complex systems comprising lots of people. As in any enterprise, they can’t oversee every subordinate all the time, and must rely on the fallible judgments of others. There are plenty of cracks for mistakes to slip through, which is why these systems have redundant layers of editing, even in an era of eviscerated newsrooms. Bennet reportedly never saw the Cotton column before publication. Likewise, Wischnowski never vetted the offending headline, which would have been written by copy editors operating more or less on their own, possibly on a short deadline.

Had either Bennet or Wischnowski intended to offend readers or their own staff, that would be one thing. But no reasonable person claims that. So the question becomes: Were they sacrificed as penance for unforgivable negligence, or to head off the storm of outrage that tends to blow in whenever the topic is race?

To be sure, this isn’t Bennet’s first apparent misstep, and we can’t know what other considerations might have informed the Times in his case. It’s also true that there were factual errors in Cotton’s column, as well as an unnecessarily provocative headline, “Send in the Troops.”

But correcting for these would not have altered Cotton’s essential point, that the government should use legal force to stop vandalism taking place alongside legitimate protests prompted by legitimate grievances. Would any serious person argue that the First Amendment right “peaceably to assemble” includes the right to loot a Target?

The Free Speech Wars: Has the First Amendment Outlived Its Usefulness?

Who Should Censor Online Speech?

No responsible editorial page should endorse a column that conflates protesters with vandals, but Cotton made the distinction clear, referencing “a revolting moral equivalence of rioters and looters to peaceful, law-abiding protesters. A majority who seek to protest peacefully shouldn’t be confused with bands of miscreants.”

Whether the Insurrection Act in particular is the appropriate response to gratuitous property destruction is a separate, more procedural question.

There’s another hazard here: Will resignations like these make editors gun shy about airing controversial questions? No one is saying we should have a conversation about whether, say, ethnic cleansing is a good idea — if you tolerate every view you end up tolerating intolerance. But what about questions that fall well within the “Overton window” of public discourse yet are likely to prompt loud objections? Should the potentially offended have a preemptive veto over what gets discussed and in what tone, and should the threat of a veto constrain what editors publish?

If an editor published pro-invasion commentary on the eve of the 2003 Iraq occupation, does he or she bear guilt for the resulting “collateral damage,” aka the loss of innocent lives?

Rage over the death of George Floyd is entirely justifiable, but if it ends up inhibiting the airing of views bound to inflame some quarters, one tragedy will have begat another.