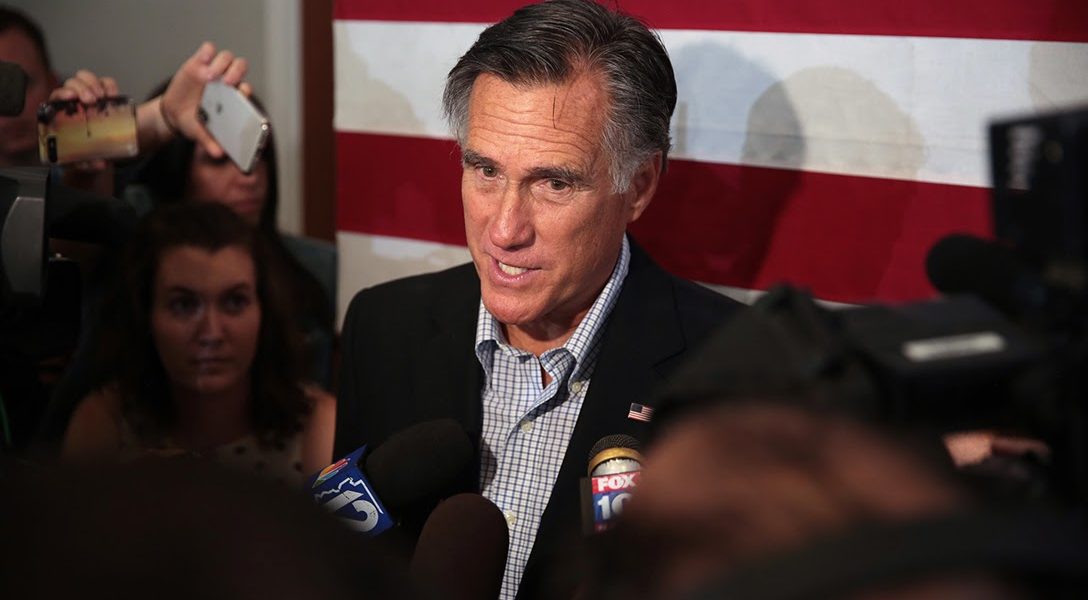 A Sense of Decency, at Last

Donald Trump skipped free of justice today, as he has throughout his pampered, delinquent life, but we can thank Mitt Romney for providing this generation what we might call its Joseph Welch moment.

Welch, you’ll recall from your history books, was the lawyer whose sharp retort to Sen. Joe McCarthy (R-WI) during nationally televised hearings in 1954 began the shutdown of the anti-communist witch hunt that made “McCarthyism” a household noun. Welch’s defining moment came when McCarthy attempted to smear a young lawyer, Fred Fisher, as a possible communist. To which Welch famously replied:

Until this moment, Senator, I think I have never really gauged your cruelty or your recklessness … Little did I dream you could be so reckless and so cruel as to do an injury to [Fisher]. … I fear he shall always bear a scar needlessly inflicted by you. If it were in my power to forgive you for your reckless cruelty I would do so. I like to think I am a gentleman, but your forgiveness will have to come from someone other than me.

When McCarthy tried to speak, Welch cut him off with words that Romney could justifiably have used against Trump, and which have memorialized McCarthy’s downfall ever since: “Have you no sense of decency, sir? At long last, have you left no sense of decency?”

It’s clear that neither Trump nor most of his cravenly supine party have any sense of decency. It’s equally clear that a large plurality of Americans don’t care, and will gladly vote to reelect him despite treasonous behavior that would have revitalized the pitchfork industry had it been committed by Barack Obama or Hillary Clinton.

MSNBC’s Chris Hayes tweeted today that Romney is now the first senator to vote to remove a president from his party in any of the three Senate impeachment trials that now mar American history.

The difference between Romney and Welch, of course, is that Welch helped stop a tyrant, while Romney was but a noble shout into an indifferent Republican windstorm. If there is any justice in the universe, however, the Republican Party will sooner or later find itself as discredited as McCarthy and his reptilian henchman Roy Cohn — who, ironically at this historical moment, was the mentor who taught Donald Trump everything he knows about using a swarming, malicious offense as a default defense.

If so, the GOP will one day be in desperate need of a credible figure, at which point maybe Mitt Romney’s moment will finally have come. Meantime, Donald Trump is free to continue spray-painting his vulgar brand of volatile graffiti on the national conversation.

Where this ends is anybody’s guess, and it won’t be pretty. But there is at least one Republican who won’t have to cringe one day when his grandchildren ask what he did in the historic struggle to halt the Great Orange Leviathan.