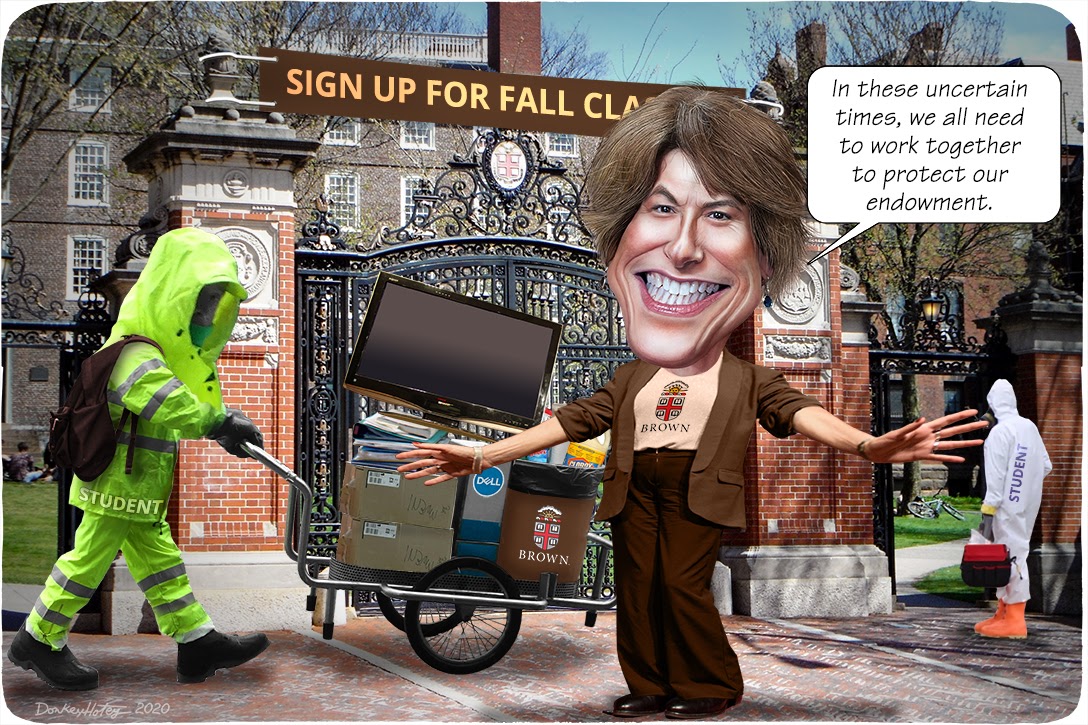 Well before the coronavirus pandemic, the US system of higher education was broken.

Not for the wealthiest students, who prep until their SAT scores reach 1500, volunteer at elephant refuges, or gain national status through private soccer league competitions, then soar through the next four years without loans or even work-study jobs.

But broken for everyone else.

The culture of perfection has caused dangerous levels of teen anxiety, and suicide is now the second highest cause of death for those between ages 15 and 24.

It’s no secret that the cost of attending college in the US has skyrocketed in the past several decades, growing since the 1980s at almost eight times the increase in family earnings. Nonetheless, every year more students apply to four-year colleges and universities.

As a result, college admissions are so competitive that teens’ mental health is suffering. Although there are additional factors, the culture of perfection has caused dangerous levels of teen anxiety, and suicide is now the second highest cause of death for those between ages 15 and 24.

A liberal arts bachelor’s degree guarantees neither high levels of critical thinking — witness our nation’s inability to distinguish between news and propaganda — nor job readiness. It does, however, provide an average of 84 percent more earnings over the course of graduates’ lives compared to those with a high school diploma or less.

Without that piece of paper, there is no access to 65 percent of all jobs in the US.

But the diploma also comes with staggering debt and little expectation that their standard of living will reach that of their parents.

Experts predict that as many as one-fourth of private colleges in the US, already in financial distress, will not survive the pandemic. Even prestigious colleges and universities, still unsure of what kind of educational experience they will be offering this fall, are tripping over each other to attract students. Nearly 65 percent of US colleges claim they’ll be open for in-person instruction this fall, which — in light of stark warnings about second waves and one of the most disturbing winters in modern times — seems more like wishful thinking than prediction.

Take Brown University, for example, whose president, Christina Hull Paxson, recently penned an opinion piece for the New York Times, entitled “College Campuses Must Reopen in the Fall.” It has a distinctly frantic tone.

“Most colleges and universities are tuition dependent,” Paxson writes, warning of an impending crisis in higher ed. “Remaining closed in the fall means losing as much as half of our revenue.”

If it seems odd that the president of a university with a $4.8 billion endowment (meager compared to Harvard’s $39 billion, but still) would be in panic mode over the loss of perhaps one semester of revenue, consider the pressure she’s under.

Like corporate CEOs, university presidents have, as one of their primary responsibilities, the financial stability of the organization to worry about. Also like corporate CEOs, they answer to boards — usually the board of trustees, but in the case of Brown, “The Corporation.”

Will college presidents, like owners of meatpacking plants, require faculty and staff to report for work or else lose their jobs?

In fiscal year 2019, Brown’s income from investments of their endowment surpassed by far the mean and median benchmarks for colleges and universities: for the first time, Brown outdid Princeton, Paxson’s former employer and the previous top earner, with a whopping 12.4 percent return.

“The Corporation,” whose members include heads of private equity firms and partners in large Wall Street investment banks and law firms, certainly must have been pleased with that result. Like corporate CEOs whose compensation depends on fiscal success, Paxson, whose annual salary is $1.3 million, also must have heaved a sigh of relief. And then there were the hedge fund managers.

Over the past decade, Brown’s investments, 37 percent of which are managed by hedge funds — a much higher percentage than that of other elite institutions — have produced $2.9 billion. With typical hedge fund fees at 20 percent of profits, Brown was worth nearly $58 million to them in 2019 alone.

Another of the university president’s priorities is enrollment.

With that in mind, the timing of Paxson’s piece seems strategic. Declaring on April 26 that Brown would be open for in-person instruction was a marketing tool to benefit Brown’s yield — the percentage of admitted students who enroll. “Decision Day,” the drop-dead (as it were) due date for admitted students to decide which college they will attend, came six days later, on May 1. (Many colleges have since announced an extension until June 1.)

Brown is by no means alone in maintaining an optimistic front regarding on-campus learning in the fall — a tsunami of similar announcements followed Paxson’s that week.

On-Campus Fun in the Time of COVID-19

While at Princeton, Paxson founded the Center for Health and Wellbeing at the Woodrow Wilson School. Thus, it’s fair to look to her as a thought leader in this time of global public health crisis. It’s curious, then, that her suggestions to ensure student, faculty, staff, and community safety seem a tad cavalier.

Paxson responsibly acknowledges that for a reopening of campus, “testing is an absolute prerequisite.” But partly due to epic US failures in testing, the California State system — the largest state system in the nation — just announced it will not be safe to reopen.

What of dorms, which don’t seem like the safest spots to be in a pandemic?

Paxson admits that shared rooms and bathrooms are not ideal, so precautions must be taken. “Setting aside appropriate spaces for isolation and quarantine (e.g., hotel rooms) may be costly, but necessary.”

Let’s pause here to picture freshmen holed up in hotels, all alone, their hands not in the mini bar, their laptops glowing as they focus only on their classes and assignments. Not likely.

It gets even better. “Aggressive testing, technology-enabled tracing and requirements for isolation and quarantine are likely to raise concerns about threats to civil liberty,” says the steward of one of the most notoriously liberal-minded student bodies in the country, adding, “If this is what it takes to safely reopen our campuses … it is worthwhile.”

And what of faculty and staff, who are at a higher risk of complications from COVID-19 than students? Will college presidents, like owners of meatpacking plants, require faculty and staff to report for work or else lose their jobs?

What if, in the midst of this crescendo of nonsense, families and students were to stand up together — virtually and/or socially distanced — and “just say no”?

High school grads, here’s a script you can adapt:

No, we are not paying full tuition for your hastily created online and hybrid learning, no matter how innovative it is, and no matter how much our diplomas will still be worth to grad schools and in the job market. We are not returning to campus for a bizarre experience with limited human contact and few-to-no extracurriculars in which we put everyone from janitors to professors to dining hall workers at risk and are more closely monitored than federal prison inmates.

Admittedly, as Paxson rightly notes, a year of no college as usual will have dire effects on human beings as well as bottom lines. Many of the 3 million college and university employees nationwide would be in danger of losing their jobs, and the economies of communities dependent on an influx of students and faculty would suffer.

Refusing to pay full freight for shoddy learning will not fix the inequities in higher ed. But for just one year, our youngest adults might not have to foot the bill as they wade through yet another existential crisis.

What could 18- to 22-year-olds do with their free time? It would be ideal if the federal government would create a program to employ young people similar to the National Youth Administration, part of the New Deal. Realistically, that would be unlikely even under a different administration, with so many millions of older Americans also unemployed.

However, as Michael Horn reported this week in Forbes, educators and nonprofits have already begun creating online projects. Brown’s very own faculty member Matthew Kraft has proposed a tutor corps not only for recent college grads but also for those taking what Horn terms a “year on purpose” — redefining what time away from the traditional college trajectory can mean.

Purpose comes from focusing on others, and there are endless opportunities to do that when not in a classroom, from the front lines or virtually.

Imagine millions of students participating in these transformative experiences not just to fill a community service requirement or pad an activity list on the Common App — but because they are needed. Right now.

As the nation waits for all those highly paid, thought-leading college presidents to figure things out, real change can happen, even if only within our youngest adults.