Wisdom of the Ancients

The plethora of floor-length, ruffled, high-necked dresses in stores this past winter heralded a shift back to pioneer days in fashion. Now that the Supreme Court has overturned Roe v. Wade, the country is reverting to pioneer days in women’s health and bodily autonomy, with the help of Laura Ingalls Wilder — I mean Amy Coney Barrett.

If this feels like a kind of betrayal, that’s because it is. Justice Barrett, along with Justices Brett Kavanaugh, Samuel Alito, and Neil Gorsuch, declared during their confirmation hearings that they would commit to obey the rules of “stare decisis” — the legal doctrine of respecting judicial precedent — if they were ever to consider Roe v. Wade.

Kavanaugh even called Planned Parenthood v. Casey a “precedent upon precedent” — so, doubly challenging to overturn. Their spoken commitment to precedent, under oath, turned out to be not much of a commitment. (As Sen. Susan Collins (R-ME), a staunch Kavanaugh supporter — whined, she was “misled” by Kavanaugh, since he made a pinky promise to her that he wouldn’t overturn Roe.)

It’s not that precedents are never overturned. SCOTUS has overturned more than 200 in its history. But it is, actually, a Big Deal. Chief Justice John G. Roberts Jr. called it a “jolt to the legal system” to overrule a precedent. And most often, they are overruled in favor of more rights, not fewer. Brown v. Board of Education, for example, overruled a precedent of legal segregation that stood for 60 years; Miranda v. Arizona overturned two precedents, giving an accused person the right to remain silent and not self-incriminate. (SCOTUS is busy chipping away on that, too.) And of course Loving v. Virginia overturned the blatantly racist ban on interracial marriage that had stood since Pace v. Alabama in 1883. 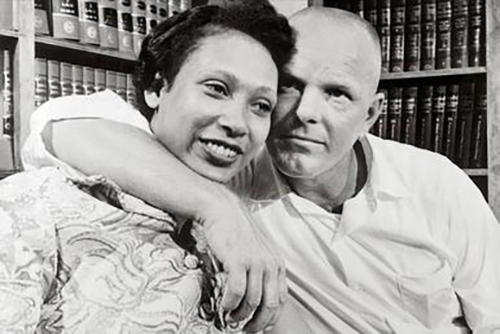 The question now is whether this court will use its disdain for precedent not to improve existing laws but to reverse the legal march of progress. There’s much talk that the court won’t stop at abortion but could continue to whisk away other rights, like gay marriage (granted via 2015’s Obergefell v. Hodges) and even contraception (made legal, though only for married couples, in Griswold v. Connecticut in 1965).

How far back can the court go? Pretty far, it turns out. Alito reached all the way to the 17th century to support his opinion. His arguments came from Sir Matthew Hale, a judge who died in 1676. Hale was an upstanding gentleman who believed that women who charged men with rape should not be trusted. He believed that marital rape was an oxymoron. And he believed in ghosts and witchcraft and presided at a trial where he sentenced two witches to death. Indeed, I am not certain that the ghost of Antonin Scalia, the original originalist, wasn’t directing Alito’s hand like a ouija board as he penned his opinion.

If Alito really wants to reach back in history, he should take into account that from 1776 until the mid-19th century, abortion was not illegal. Unless you were a slave: Slaveowners wanted as many enslaved children as possible to shore up their numbers and enhance their reputations.

But historical arguments supporting abortion are out there, too. No less a patriot and founding father than Benjamin Franklin had a recipe for an herbal abortifacient to solve what he considered the problem of unwanted pregnancies. But let’s not stop at the 16th or 17th century. Why not go back further, to the much-respected Stoics? They believed the fetus was a plant until it was born, when it became an animal. And Aristotle, a guy everyone quotes, thought that abortion was fine before “ensoulment” (which came sooner for male than for female fetuses, but that’s another story).

The court’s decision on Roe last week is terrible news for all women, most especially women of color, women who live in poverty, and women who are survivors of domestic violence. But it’s also terrible news for what we call the march of progress, as enshrined in legal milestones that many of us assumed were part of the foundation of the modern United States. That march is hampered and reversed by this Supreme Court. The conservative justices are short-sighted and tunnel-visioned and out of touch with what the majority of Americans want. Their decision will be responsible for the very preventable deaths of women across the nation, and it may also set a precedent for future harms.