The Religious Harmony Law in Indonesia was created to regulate religious issues on the construction of houses of worship, celebration of religious holidays, and religious teachings.

It has proven to be anything but harmonious.

Under the regulation, churches, mosques, or any other houses of worship must be licensed, supported, and approved by at least 150 local residents and officials. But with Muslims comprising nearly 90 percent of Indonesia’s population, Christians have struggled to get enough signatures and approval from their Muslim communities to build their churches.

Case in point: In 2006, the Indonesian Christian Church (GKI) at Pengadilan Street in Bogor City, West Java, obtained necessary approvals and began construction on a second church to accommodate its expanding membership.

But today, 16 years later, the new church — tentatively named GKI Yasmin — in nearby Yasmin Garden, Bogor, is only partially built with an unfinished brick structure surrounded by overgrown vegetation.

The church was issued a building permit in July 2006, and its first brick was laid in an August ceremony that year attended by the Bogor mayor. Between March and December 2007, however, locals became agitated about the church’s construction and held demonstrations led by Islamic mass organizations.

Then, in 2008, the Bogor City Planning Office froze the building permit with no clear reason. The mayor promised it would only be a temporary halt to defuse the situation. But accusations soon rose that the church was not legal and had falsified the required signatures in the documents in January 2010.

The same year, Forkami, the Indonesian Muslim Communication Forum — a local Islamist group — organized rallies claiming that the church should not be built in the area because it was on a street named after a prominent Muslim preacher, reported Human Rights Watch (HRW).

The rallies were joined by other Islamist groups, some with documented ties to the international terrorist group al-Qaeda.

In late 2010, the Indonesian Supreme Court declared the church legal and urged the continuation of its construction. The local government restored the building permit in 2011, only to have it revoked again three days later by the Bogor mayor.

The Indonesian ombudsman released a recommendation urging the governor of West Java and the Bogor mayor to allow construction of the church to go forward later that year. The ombudsman’s office said that the mayor “ignored legal obligations” as he showed no commitment to implement the Supreme Court’s verdict.

The general secretary of the World Council of Churches also urged the local government to follow the Supreme Court’s decision and the ombudsman’s recommendation to open the church in a 2015 letter to the current Bogor mayor, Bima Arya. 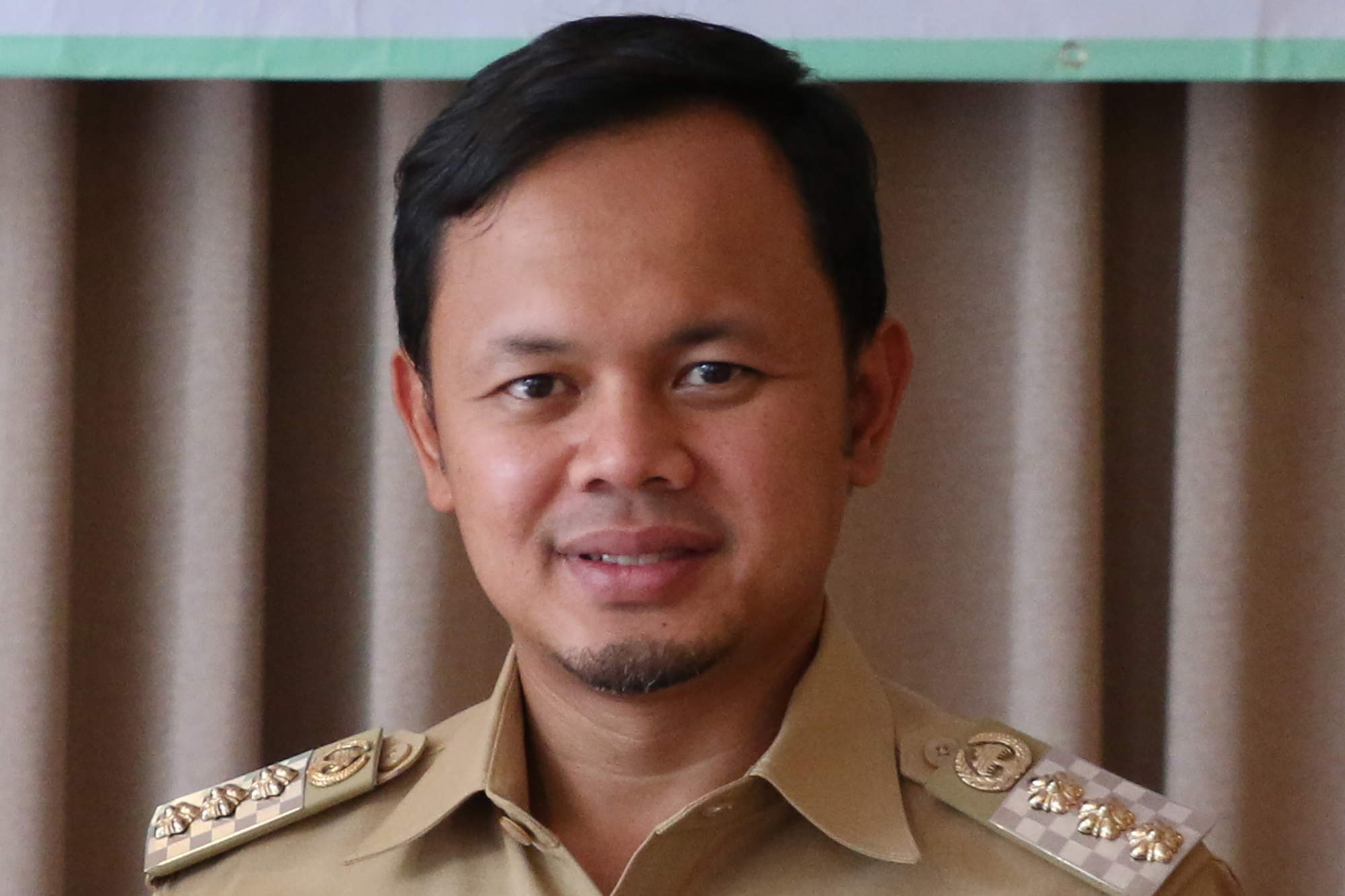 Instead, last June, Arya offered a new location for the church 1,000 yards (0.5 miles) away from the original location after having conducted a survey with the GKI synod — the parent of all GKI churches — saying that the first location was now overcrowded and needed a more suitable area for parking.

The new location gained approval from the GKI synod and has fulfilled all legal requirements. But the decision still faces resistance from its internal members who want the church built on its planned site.

“By accepting it, then you ignore the Supreme Court decision — you just blindly close your eyes because of the demand of those intolerance groups,” said Bona Sigalingging, one of the few GKI church members who has fought since the beginning for the continuation of GKI Yasmin’s construction. “This is not about [a] legal case. … This is a political one.”

The GKI synod said that locals initially feared building the church would lead to christianization in the area. Some locals also rejected the church’s construction due to their religious teachings.

“It’s unfortunate that the State — the local and central government — doesn’t want to uphold the law, they just want [to compromise],” Sigalingging said. “If everything is just ‘to compromise’ what’s the point of having the laws or having the constitution?”

The church started its construction at the new location late last year.

“We have documented more than 2,000 churches closed throughout Indonesia based on that toxic regulation.” — Andreas Harsono, Human Rights Watch

Thomas Pentury, Indonesia’s former director-general of Christian Community Guidance, said getting a building permit for a church is difficult because it needs the approval of Christians and non-Christians.

Forkami, the Muslim group that has steadfastly opposed the construction of the church, denies charges of being an “intolerant group” on its website, with its leader, Achmad Iman, saying, “We are not anti-church.”

“GKI Yasmin is a legal case, not an issue of religious intolerance,” according to a Forkami statement. “There are four churches around the Yasmin area that have been routinely doing just fine way before GKI Yasmin, which are the Pentecostal Church in Indonesia, Indonesian Muria Christian Church, Indonesian Faith Victory Church, and the Indonesian Bethel Church.”

Similar issues have gone beyond West Java. Between 2012 and 2014, more than 20 churches closed in the province of Aceh, Indonesia.

Three churches were destroyed by fire in the same province by Aceh Youth Concerned for Islam — an Islamic organization — in October 2015, the BBC reported. The group claimed that the churches were unlicensed and held a demonstration the previous week demanding authorities to abolish the church. As a result of the violence, about 2,500 people from Aceh fled to neighboring North Sumatra to seek safety.

Aceh is the only province that implements Sharia — a religious law that forms part of the Islamic tradition. Aceh’s Sharia has even been applied to non-Muslims, as Christian-Chinese food shops were forced to close during fasting periods prior to Ramadan — a month-long holy celebration for Muslims, reported PBS. 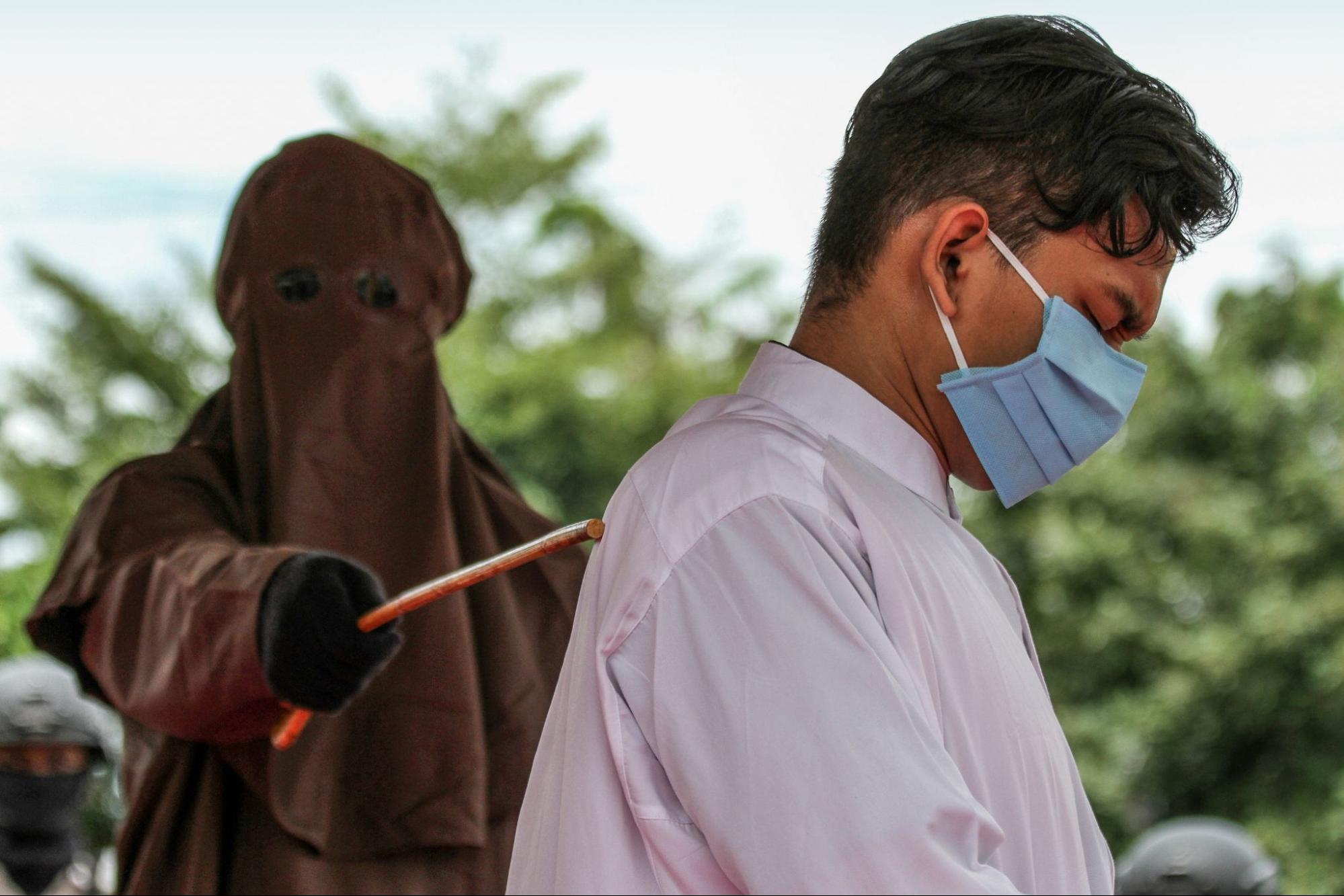 A man being flogged for violating Sharia in North Aceh on September 15, 2020. Photo credit: © Fachrul Reza/NurPhoto via ZUMA Press

In October 2018, World Watch Monitor reported that three churches closed amid rumors that Muslims were planning to rally against the churches’ presence because they did not have the required permits.

“The rapid church growth in the area during the last decade may have caused restlessness among the majority-Muslim neighborhood,” one pastor told World Watch Monitor.

In March 2020, the New Testament Christian Church in Central Java closed after protesters and Islamic leaders from the Indonesian Clerics Council insisted that the building not be used for Christian activities.

“We have documented more than 2,000 churches closed throughout Indonesia based on that toxic regulation,” Andreas Harsono, a senior human rights researcher in Indonesia for HRW, said. “It is not to say other minorities’ houses of worship [haven’t closed]. Christianity is the largest minority in Indonesia.”

Meanwhile, the Religious Harmony Regulation backfired in the Muslim community of the Papua province, where Christians are the majority of its population. In 2018, the height of the Al-Aqsa Mosque in Jayapura, Papua, agitated some Christians who claimed it was built to deliberately overshadow nearby churches, UCA News reported.

The Protestant Communion of Churches in Jayapura has called for the mosque’s minaret — a tower that is part of the mosque — to be lowered. The call was backed by a local Catholic priest.

“Construction of Al-Aqsha mosque’s minaret must be halted and demolished, while the mosque itself must lowered to the same height as church buildings in the area,” Protestant church leaders said in a statement to the government and Muslim leaders.

Paul Marshall, a senior fellow at the Religious Freedom Institute, warned of the increase in the politicization of religion in Indonesia.

“​What is most likely to lead to conflict is not robust, believing religion, but rather shallow religion that is used as a political identifier,” Marshall said. “Political manipulation of religion … is often carried out by those whose religion is weak or shallow, and done despite opposition from religious leaders.

“The fact that something is political does not mean that it is not religious and it may be better described as the political manipulation or use of religion. Much of this manipulation is done by people who are not especially religious.”

Harsono has advocated repeatedly to abolish the law.

“President Joko Widodo should undo what Yudhoyono had done — and he doesn’t.”