More than just another Russian human rights group, Memorial sought to keep alive the memory of the horrors that took place under Stalin. It even helped me find the truth about the execution of my own great-grandfather.

“Grandpa died somewhere in Siberia, around 1953,” my 85-year-old aunt told me recently about how she’d learned of the death of her grandfather, my great-grandfather.

The family knew that Zagit Mirovalev, a Muslim cleric in the western Siberian city of Tobolsk, was arrested in 1937 and sentenced to 10 years in prison for “espionage and diversions to topple the Soviet government and create a nationalist Muslim state.”

Mirovalev was part of a Muslim movement for reforms and education, including women’s schools, that began in Ottoman Turkey and gained popularity among the Russian Empire’s Muslims in the early 20th century.

Following the Russian Revolution, he helped lead a brief anti-Communist uprising in Siberia in the early 1920s, and then reached a compromise with the Bolsheviks. He co-founded a public school that still exists in Tobolsk, the former capital of the czarist-era province of Siberia that stretched from the Ural Mountains to the Pacific.

Mirovalev’s family was officially told that his prison term had been extended in the 1940s, a notoriously ubiquitous practice in Soviet gulags. At least he was still alive, the family thought, and they expected him to eventually return.

But one day in 1956, when my aunt was 21, her father’s sister came home weeping. She was  holding a piece of paper informing her of Mirovalev’s death in prison. The cause of his death was not specified. The notice offered her a pittance as compensation.

“The authoritarian regime has moved from a ‘soft’ to a harsh, repressive, stage. They don’t put you up against the wall yet, but they jail you to make sure you don’t come out alive.”  — Nikolay Mitrokhin, Bremen University

The information about my great-grandfather’s death and the “compensation” were part of Soviet leader Nikita Khrushchev’s de-Stalinization campaign that triggered a brief renaissance of arts and freethinking. It shaped a generation that played a key role in the perestroika era and the USSR’s 1991 dissolution.

But what my great-aunt told me and what was written on that piece of paper failed to capture the  whole truth.

That truth was only revealed decades later by Memorial, Russia’s oldest and most respected human rights group, which Vladimir Putin outlawed in late December.

It was thanks to Memorial that I managed to learn the real circumstances of my great-grandfather’s demise. It wasn’t just a death in prison; it was an execution, and it took place less than a month after his arrest.

He was arrested on September 17, 1937, sentenced to death on October 10 by a “troika” of investigators, and executed on October 14, according to a brief, four-line blurb in Memorial’s online database that includes some 2 million victims of Stalinist purges. Memorial compiled and posted the database online in the late 1990s.

To me, the laconic nature of each blurb — and the sheer size of the database — is apocalyptically harrowing, particularly when you scroll down through dozens of namesakes who were sentenced to prison or death. Especially terrible is seeing photos of the mass graves where they were buried after late-night executions, when pistols turned red-hot and jammed because each secret police officer was required to shoot dozens or even hundreds during this  graveyard shift.

Yuri Dmitriyev, a longtime Memorial staffer, spent decades unearthing these graves in northeastern Russia and collecting information on the people buried in them.

On December 27, a Russian court sentenced the 65-year-old historian to 15 years in jail, on what critics of the government believe were trumped up charges that he sexually abused his stepdaughter.

Memorial and thousands of Russians who signed petitions for his acquittal insist that the charges were groundless and that the trial had been orchestrated by the government.

Memorial said in a statement that it would “find legitimate ways to continue its work.”

Dmitriyev’s verdict and Memorial’s shutdown mark a new stage in Putin’s crackdown on dissent — and in the transition of his rule to neo-Stalinism.

“The authoritarian regime has moved from a ‘soft’ to a harsh, repressive, stage,” Nikolay Mitrokhin of Germany’s Bremen University said. “They don’t put you up against the wall yet, but they jail you to make sure you don’t come out alive.”

“We entered a new era of repression and humiliation of people by the state — to which Memorial was opposed. There’s no more rule of law,” said Anastasia Patlay, who directed a documentary play that involved research done by Memorial, at Teatr.doc, one of Russia’s most politicized and persecuted theaters.

“This is a transition from an authoritarian regime to a totalitarian one,” Grigory Yavlinsky, founder of Yabloko, Russia’s oldest liberal democratic party, wrote on Telegram.

To many average Russians, Memorial is not just a human rights group. 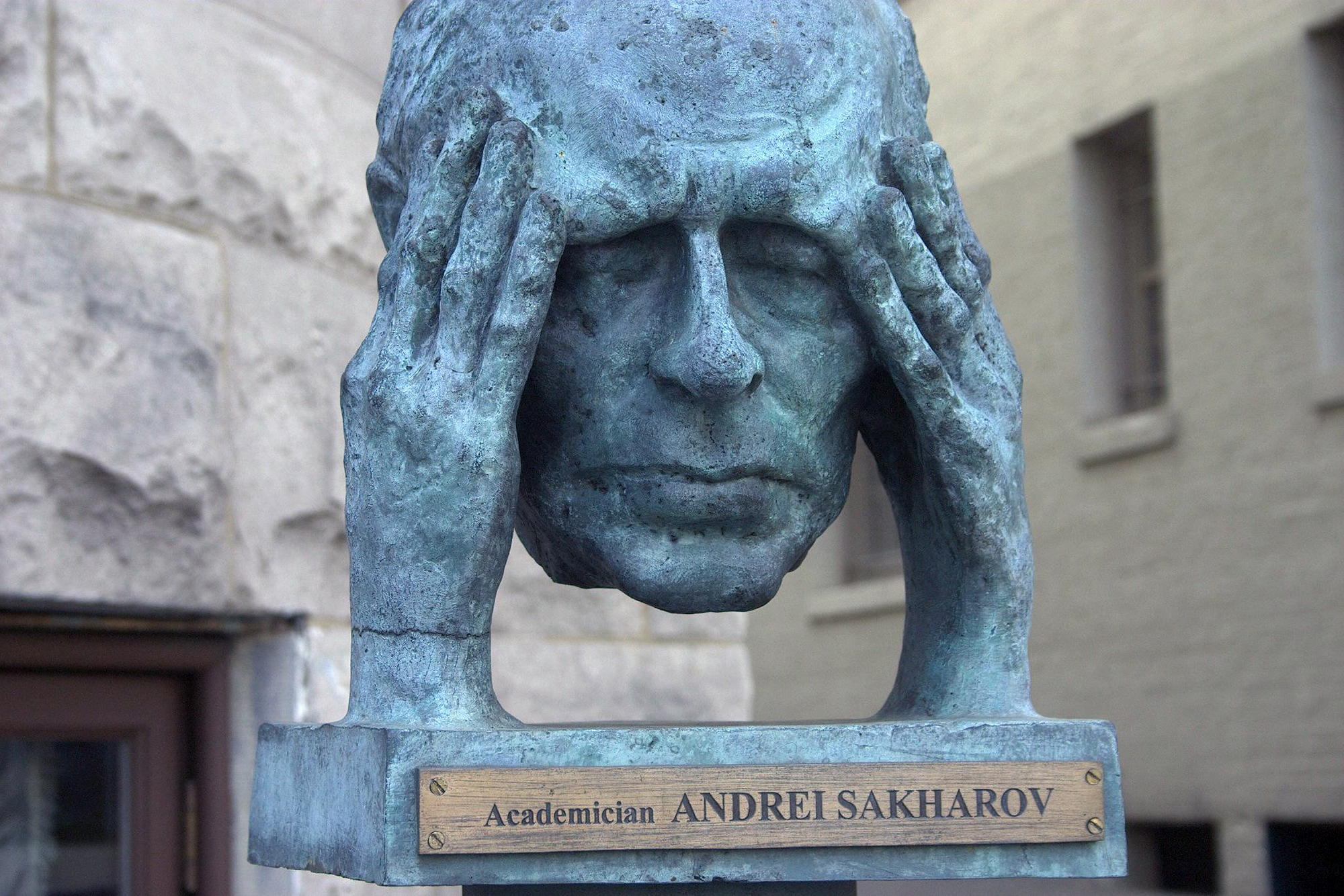 Founded by dozens of activists in the late 1980s, and led by dissident nuclear physicist and Nobel Peace prize winner Andrei Sakharov, it was one of the pinnacles of Mikhail Gorbachev’s glasnost (transparency) reforms that brought about a tectonic shift in Soviet mentality.

Almost 300 million brainwashed denizens of the failed Communist utopia — including me, a teenager at the time — woke up from their collective nightmare and began to comprehend the scale of Stalinist purges and to learn how their kin were purged, jailed, and/or killed.

Some 800,000 people were executed at the height of Stalin’s Great Purge in 1938-39; millions were jailed or exiled. Memorial helped collect the data and helped Russians request their relatives’ KGB files.

In November, I saw an animated film about Memorial researcher Maria Lotsmanova’s quest to obtain the files of her great-grandfather Jakob Yantsten, a Mennonite whose family was exiled to Siberia in the late 1930s. After the film, she patiently instructed the audience how to obtain their kin’s files.

Memorial never lived solely in the past — it collected information about Putin’s crackdown on dissent and about the victims of two separatist wars in Chechnya. And its work became a blueprint for countless human rights groups in former Soviet republics.

“Their credibility is sky high. That’s something Putin can’t change, no matter how hard he tries,” he told WhoWhatWhy.

And yet, the saddest part about Memorial’s shutdown is that it had been long anticipated — and no longer appeared sensational in 2021.

The year began with the jailing of opposition leader Alexei Navalny, which was followed by persecution and arrests of other dissidents, by reports of torture and sexual violence in Russian jails, and by the victory of the ruling United Russia party in September’s parliamentary vote.

“It is horrible to realize that [the ban] is not even surprising in comparison with everything happening in Russia these days,” said Elyor Nemat, a photographer from ex-Soviet Uzbekistan who spent months in Memorial’s Moscow office while working on a project on Central Asian labor migrants in 2013 and 2014.