Legally Reasonable? Who Says So?

Years ago, I represented a young man who robbed a milkman face-to-face at dawn, holding a .45 to the trembling man’s head and demanding cash. The milkman happened to regularly deliver to the robber’s house, however, and recognized him, saying, “Jeffrey, what are you doing to me?”

I tried that case three times, first with two hung juries and finally to a not-guilty verdict. In Massachusetts, lawyers are discouraged from speaking with jurors after a trial. Nonetheless, I spent a half hour in front of the courthouse tying my shoes, waiting for the jurors to walk out.

I asked one of the jurors if I could speak with him, then asked how they could possibly have found my client not guilty.

“It was such a strong case,” the juror said. “We couldn’t understand why it went to trial. We decided there must be some evidence that the judge did not allow us to hear. So, we talked about the lawyers, and finally decided that you worked so hard and seemed like such a nice person that you would not have done that for somebody you knew was guilty.”

He added, “We talked a lot about that thick notebook you used.”

We’ve just had two high exposure criminal trials: the Kyle Rittenhouse case and the killing of Ahmaud Arbery. Much has been made of the significance of these verdicts. But we shouldn’t get carried away. As my milkman case taught me, verdicts can be based on extraneous factors, or simply on confusion about one of the most perplexing, but fundamental parts of a jury’s job: a determination of whether the defendant acted reasonably.

All 24 jurors in the trials of Kyle Rittenhouse and the men who murdered Ahmaud Arbery were reasonable people. At least in their own minds. Both judges thought themselves reasonable. In fact, I think I’m pretty reasonable. You probably think the same about yourself.

That should have made both trials simple cut-and-dried cases. After all, one key question — what happened — was not disputed at either trial, thanks to the ubiquity of mobile phone cameras. We know who ran. Who didn’t. Who pointed a rifle at the other. Who had no weapon of his own. Who killed whom.

The law is built on a foundation of “reasonable.” The jurors were instructed not to find a defendant guilty if they had a reasonable doubt about guilt. The shootings — all supposedly in self-defense — were justified if the shooters acted in a reasonable manner. In fact, in the Arbery case, where the three defendants claimed they were making a citizen’s arrest of Arbery for breaking into a partially-built house four days earlier, even that “arrest” was subject to a reasonableness test. If it was unreasonable to believe Arbery had committed a felony, then stopping him would be false imprisonment and the subsequent events, including his shooting, were unreasonable.

So if everybody on both juries was reasonable, and the primary question for them to decide was whether McMichael and Rittenhouse acted reasonably, why was the outcome of these trials such a mystery? There is a simple answer.

The judges never told the jurors — they were not allowed to tell the jurors — what was reasonable conduct under the uncontested facts. That is how the legal system works; determination of reasonableness is a job for the jury, not the judge. Nonetheless, the jurors were never given a definition of “reasonable.” No expert could testify that he conducted a survey of 10,000 people to determine what was reasonable. No academic could pontificate to the jurors about what a reasonable person would do under these circumstances. Instead, the law presumes that every person has some innate, natural ability to discern the difference between reasonable and unreasonable conduct.

Despite literally — at least since the Romans — thousands of years of requiring citizens to behave reasonably, the concept remains so amorphous that the law falls back on this fantasy of every person’s natural ability to discern reasonable from unreasonable conduct. Yet if not even the courts can define the very terms thrown at jurors, how can a jury?

To Gandhi, stepping on an ant was unreasonable. To generations of six-year-old boys, scorching ants in the sun with a magnifying glass is entirely reasonable, and fun, because, well, because they are just ants.

Courts struggled the same way to define obscenity, coming up with increasingly obscure legal standards no juror could possibly understand. Throwing up his legal hands, Supreme Court Justice Potter Stewart famously said in a 1964 obscenity case, Jacobellis v. Ohio, he couldn’t define obscenity, “but I know it when I see it.”

That is exactly how jurors are supposed to decide whether conduct was reasonable: They will know it when they see it.

When reasonableness is boiled down to its essentials this way, it becomes obvious that there is no black-and-white distinction between reasonable and unreasonable, and also that there is no universal natural ability among all of mankind to discern that difference. To Gandhi, stepping on an ant was unreasonable. To generations of six-year-old boys, scorching ants in the sun with a magnifying glass is entirely reasonable, and fun, because, well, because they are just ants. Who is right? Either? Neither? Both?

The classic “reasonableness” case taught in the first year of law school is The T.J. Hooper, a 1932 decision written by the great Judge Learned Hand on the Second Circuit, the federal appeals court for New York, Connecticut, and Vermont. Hand is a legal icon, described by the late Gerald Gunther, a renowned constitutional law scholar, as the greatest judge never to be appointed to the Supreme Court. The T.J. Hooper was a tugboat that lost its barge-load of coal in a storm off the New Jersey coast. The coal owner sued the tug owner (actually, under maritime law, it sued the boat itself).

The poor captain of the T.J. Hooper was not a reasonable man, the court ruled, but neither were just about every American tugboat captain, who also had no radio receiver on board.

The law’s definition of reasonableness remained bound in mystery.

Jurors have to struggle to distinguish what this mystical reasonable man would do without regard to what an “average” or “typical” or “normal” or “majority” person would do, just as the captain of the T.J. Hooper followed the no-radio policy of just about every other tugboat at the time. Jurors searching for reasonable conduct can’t consider what they themselves would do in the circumstances, or what most people would do. Only what that hypothetical reasonable person they have never met would do.

So, let’s experiment with making a reasonable decision on something less consequential than killing somebody running down the street. Let’s ask 12 people this question: Is it reasonable to eat all of one item on your dinner plate before moving on to the next item, then to finish the second item on your plate before moving to the third? Or, instead, is it reasonable to take one bite of each item, move on to one bite of the next, and then one bite of the third until your plate is clean?

Could anyone believe that 12 jurors would decide that question, unanimously, and beyond a reasonable doubt?

If forced to deliberate long enough, maybe one jury would finally vote for the one bite at a time method. Another 12 jurors might decide the other way.

The Arbery and Rittenhouse trials were similar to this plate-clearing case. In close cases, as these two trials were, different sets of jurors undoubtably could have decided differently from the actual jurors.

“It was obvious that he was attacking me,” McMichael said — tearfully, it should be noted. “It was a life or death situation.”

So McMichael pulled the trigger and shot Arbery.

Rittenhouse’s defense was almost identical. “If I would have let Mr. Rosenbaum take my firearm from me, he would have used it and killed me with it and probably killed more people,” he testified.

So Rittenhouse pulled the trigger.

Is it reasonable to believe that a strong young man attempting to pull your gun away from you could turn that gun on you, as McMichael and Rittenhouse asserted? Well, some jurors could find that reasonable. Some, apparently the entire jury, eventually, found it was not reasonable in the Arbery case. That kind of decision-making is a long way from what jurors are usually expected to do: decide factual issues, such as whether to trust eyewitness identification, or whether experts on fingerprints and DNA are credible.

Is it reasonable to believe that both trials could have ended differently?

I expect the determination of what is reasonable is so difficult, so confusing, that even the most sincere and unbiased jurors wind up making judgment calls based on their feelings alone. Or, even though they are not supposed to rely on their own judgment, based on what they themselves would have done, since, after all, they consider themselves to be reasonable.

I suggest we don’t consider either verdict earth-shattering, since they could have easily turned out differently with a few different jurors struggling with the concept of what is reasonable.

Some have complained that the Rittenhouse verdict was more a factor of the judge’s conduct than the jurors’, especially since he rushed the jury selection all into one day. Perhaps, but jury selection is such an arcane art, filled with superstition and quirkiness, that there is little likelihood that an extra day or two spent selecting jurors would have resulted in a different verdict. Some jurisdictions, including Massachusetts, where I primarily tried cases, do not allow lawyers to question potential jurors at all. I often volunteered to accept the first 12 jurors placed in the box. No judge ever accepted that. 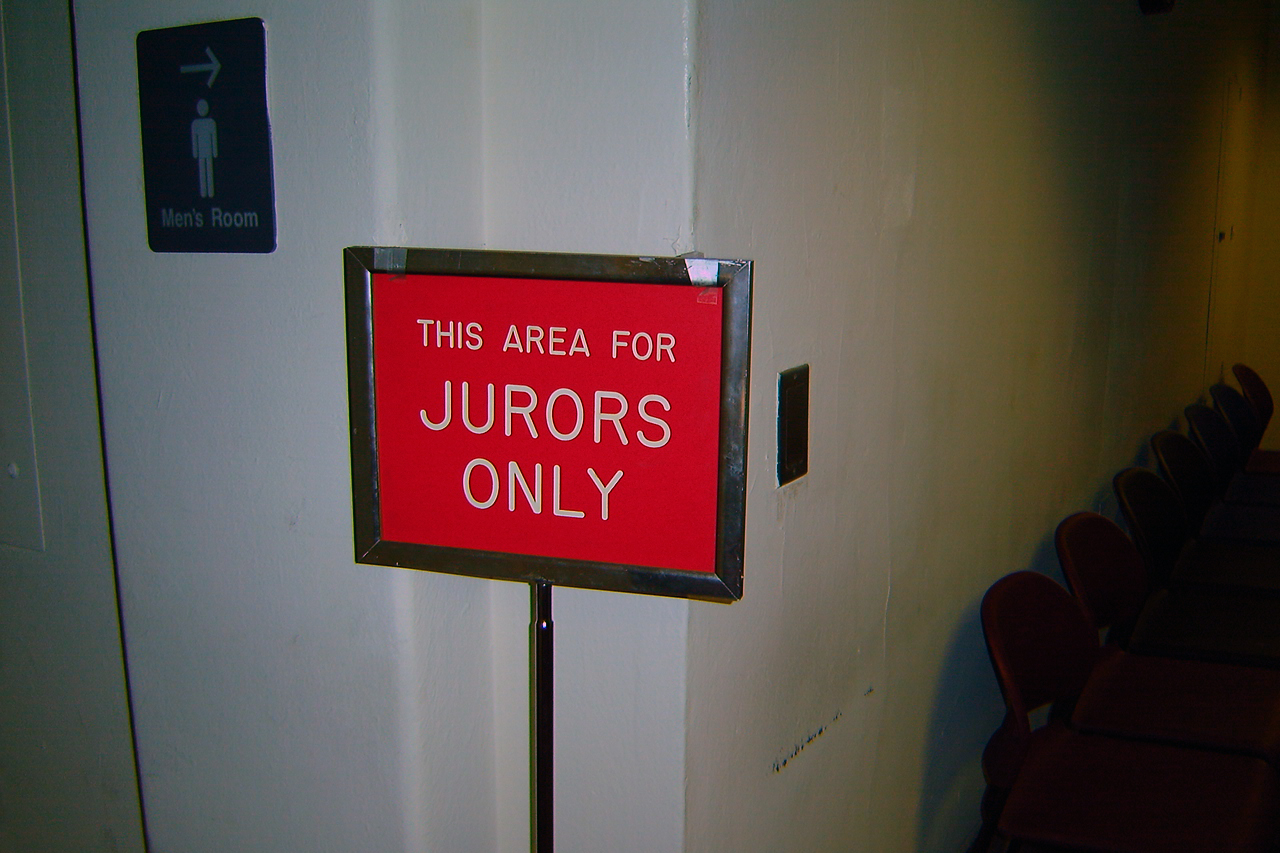 Judges can telegraph their opinions to jurors in many ways, from belittling a lawyer in front of the jury to cutting off questioning. The judge in the Rittenhouse case, Bruce Schroeder, seemed sympathetic to the defense. One of many examples: when one potential juror said he was a strong supporter of the Second Amendment, the judge stopped him and said he didn’t care about his views on that amendment.  When he learned that a witness for the defense was a veteran, he pointed out that it was Veterans Day, and urged the audience to applaud all veterans, even though that witness was the only veteran there. He wouldn’t allow the men who were shot to be called “victims.”

And he was conspicuously hostile to the prosecutor, Thomas Binger. On one occasion,  when Binger began to allude to evidence the judge had ruled inadmissible, Schroeder stopped him. But Binger offered a “good faith explanation” — that the judge had not made a final ruling, and that testimony earlier that day had opened the door for it to be mentioned.

The evidence ruled out by the judge was a video made two weeks before the Kenosha shooting.  While watching people he assumed were shoplifters (but apparently no physical danger to anyone), on the video Rittenhouse can be heard saying, “Bro, I wish I had my (expletive) AR, I’d start shooting rounds at them.”

Playing Monday morning trial lawyer following a jury verdict is risky. My milkman trial taught me an important trial practice technique, though. At every trial after that one, I placed my three-ring trial notebook prominently on my table during trials, even if it was well-stuffed with blank pages.

That struck me as a reasonable thing to do.

Harvey A. Schwartz is a retired Boston civil rights attorney. He was a criminal prosecutor in the Office of the Massachusetts Attorney General, and has argued two civil rights cases in the US Supreme Court. He is the author of a novel, Never Again, a conjecture about how something similar to the Holocaust could happen in the United States..