I must apologize — I feel I lost the thread a bit in my last piece. I somehow wasn’t able to address what motivated me to write about the Johnny Depp/Amber Heard trial in the first place. My intention was to situate this saga in a larger context: the ongoing reframing of sexuality and female agency happening across American society in the post #MeToo era. This is a huge topic, and it may take a number of essays to unpack.

I got distracted by the sordid details of the case, plus background articles on Depp’s recent life, like this unflattering 2018 Rolling Stone profile which portrayed him as a dissolute wreck, and included accounts of his huge financial outlays. Temporarily blinded by my hatred of capitalist excess, I forgot that a megastar on that level is like a corporation in him- or herself — a global brand — and may require a big support team. Even Depp’s $30,000 monthly wine expenditure could be seen as fitting with his brand’s PR strategy, his rock-and-roll “message,” in some sense.

Most persuasively, a commenter on my post noted that Depp is probably not pursuing this case thinking that he will win in court. What matters to him is the court of public opinion, and there, he is already triumphing. Even before cross-examination, Heard’s lies and exaggerations seem blatant and obvious. In fact, if this is his goal, his strategy makes great sense. I had not considered this — that he might win while losing.

Much like Heard, who mocked Depp for imagining he might be seen as a victim of abuse, my former partner seemed certain that, as a woman, she would be viewed as blameless while I would be judged as guilty.

In the last piece, I mentioned that I had a relationship that was similar in some ways, where a former partner made constant threats and false accusations of abuse against me. On a smaller scale, she did a lot of damage to my reputation and career. Much like Heard, who mocked Depp for imagining he might be seen as a victim of abuse, my former partner seemed certain that, as a woman, she would be viewed as blameless while I would be judged as guilty. I didn’t know how to handle this at the time. I didn’t (and still don’t) have the financial resources to pursue a legal challenge. And, as with Depp’s case, my situation was murky. Even though my partner was abusive, I made many mistakes, both in that relationship and earlier ones.

I think a lot of people are delighted that Depp’s trial is bringing to light the darker aspects of female psychology. This is important and illuminating — not just for individuals but for the evolution of our collective consciousness, with larger social import. Cultural shifts over the last 15 years have led to a situation where the burden of proof, in cases involving sexual impropriety, harassment, or assault, often falls on the accused. In universities, all that is required to dismiss an untenured professor from their post is a vague “preponderance of evidence.”

These days, the accused — almost invariably men — tend to be seen, in the eyes of the world, as guilty until proven innocent, not the other way around. As Zerlina Maxwell wrote in a 2014 Washington Post editorial: “We should believe, as a matter of default, what an accuser says.” This meshes with the new wave of reactionary feminism that is increasingly prevalent. 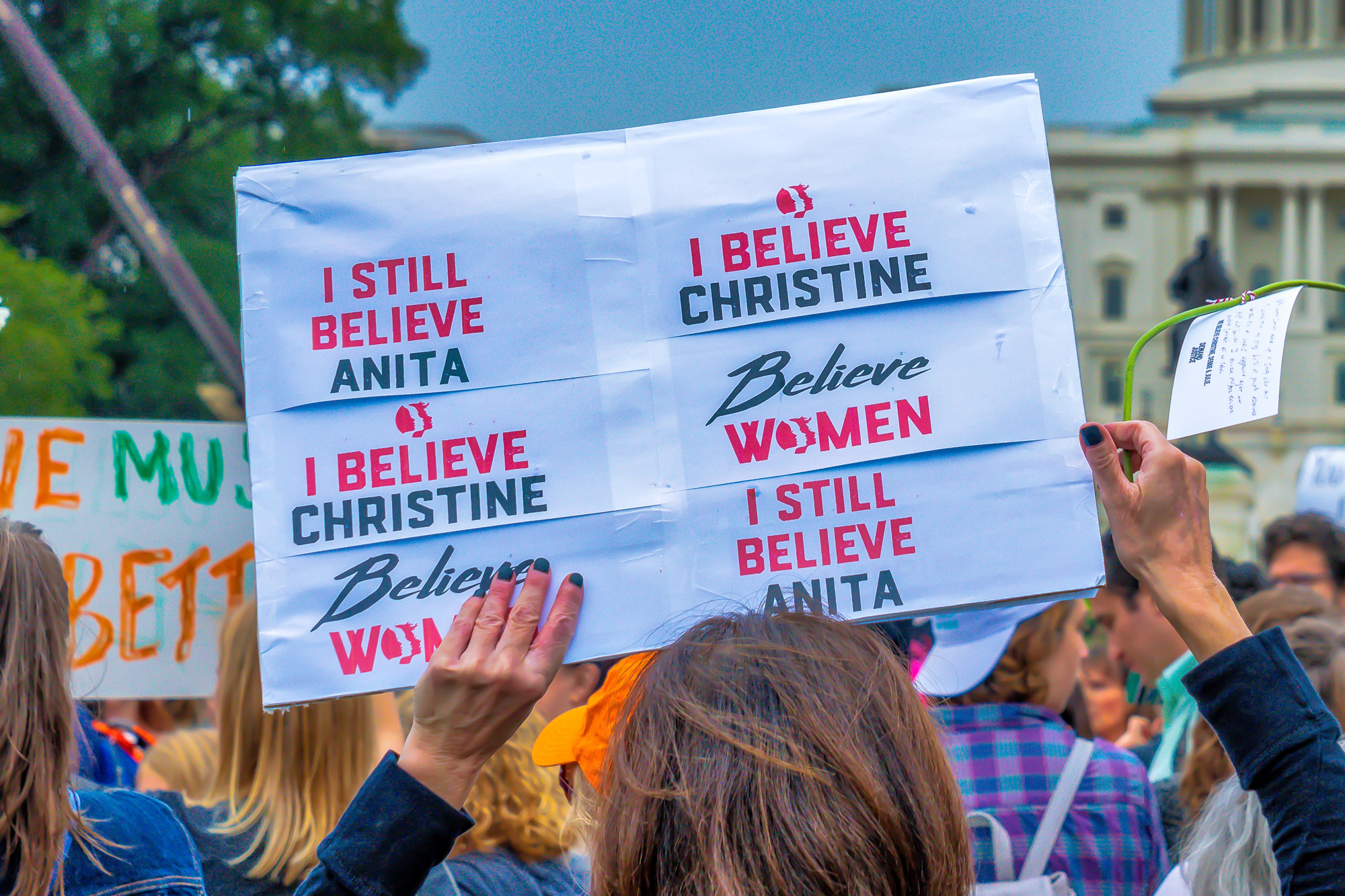 Laura Kipnis has written an important book, Unwanted Advances, that I can’t recommend highly enough. A professor at Northwestern University and a feminist, Kipnis analyzes what she calls the “sexual hysteria” that has gripped academia over the last decade or so. This wave of institutionalized persecution, she believes, bears similarities to the communist hysteria of the 1950s (which resembled, as Arthur Miller famously explored in The Crucible, the Salem witch trials of the 17th Century. Such bursts of collective paranoia seem an inherent American tendency).

Of course, Kipnis is not arguing that sexual assault is not a real problem in universities. In fact, she proposes some excellent, proactive ways to address this issue, such as self-defense classes for first year students and an inquiry into the nightmarish culture of binge-drinking, which is the biggest contributor to violations of consent.

A friend of mine who runs a bustling business with many employees and freelancers told me they had to establish strict rules forbidding any kind of behavior, no matter how subtle, that could be misinterpreted as flirtatious or sexual. He describes the ambience he is forced to maintain in the workplace as “Stalinist.”

In 2015, Kipnis became the subject of a Title IX investigation after publishing an essay in The Journal of Higher Education on this subject. Students at Kipnis’s university organized a protest against her essay. They demanded an official condemnation of her article from the university president. This campaign only proved her points: Students were being infantilized, becoming dependent on institutional authorities to “protect” them. They had become so afraid of free intellectual discourse that they saw it as something they needed to be defended against.

Prohibiting sex-based discrimination in schools, Title IX has been federal law since 1972. More recently, Title IX has provided the mandate for an ever-expanding federal bureaucracy dealing with accusations on campuses. Amber Heard’s 2018 Washington Post editorial, which led to her current legal battle with Depp, discussed Title IX. It argued against “new rules” that the Trump administration wanted at the time, which “would require schools to investigate only the most extreme complaints, and then only when they are made to designated officials.”

In her book, Kipnis documents in great detail a number of outrageous Title IX cases that ruined the lives of professors and students, based on flimsy evidence in some cases, and what appear to be outright lies in others. These days, she believes academics often use Title IX complaints to undermine, smear, or even destroy colleagues and competitors. She has just released a new article on this topic: ‘Why Are Scholars Such Snitches?: The university bureaucracy has been hijacked for political grudge matches and personal vendettas.’ 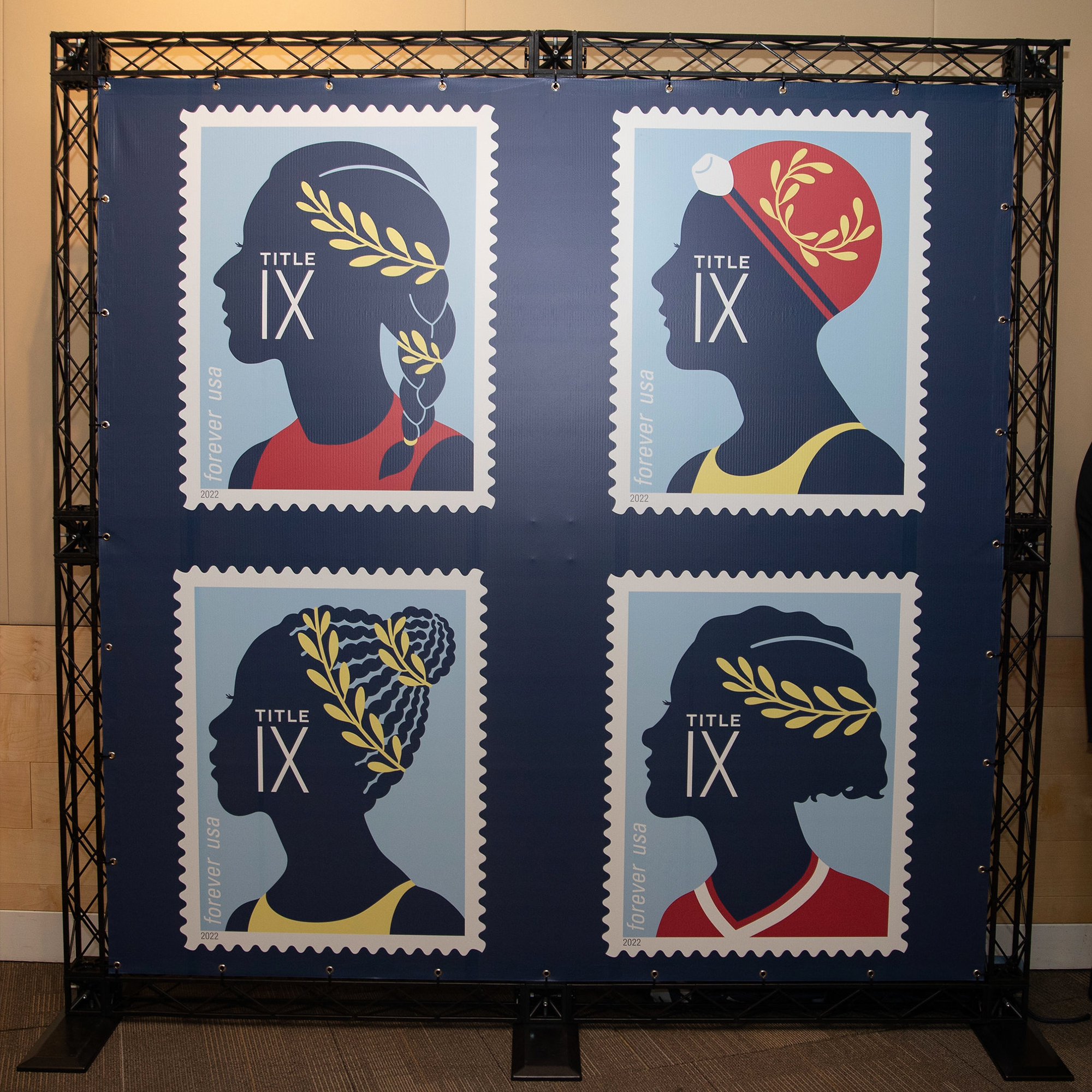 For Kipnis, the new university departments and federal bureaucracies designed to ferret out sexual misconduct not only negatively impact the lives of both professors and students, they also cause a chilling effect on intellectual discourse:

The culture of sexual paranoia I’d been writing about isn’t confined to the sexual sphere. It’s fundamentally altering the intellectual climate in higher education as a whole. … Sexual paranoia has converted the Title IX bureaucracy into an insatiable behemoth, bloated by its own federal power grab. … Paranoia is a formula for intellectual rigidity, and its inroads in campus are so effectively dumbing down the place that the traditional ideal of the university — as a refuge for complexity, a setting for the free exchange of ideas — is getting buried under an avalanche of platitudes and fear.

At 65, Kipnis is old enough to have a long view of changing attitudes toward sexuality, female empowerment, and victimhood. She came of age “in the all-too-brief interregnum after the sexual revolution and before AIDS turned sex into a crime scene replete with perpetrators and victims — back when sex, even when not so great or when people got their feelings hurt, fell under the category of life experience.”

For us, post-Pill and after second-wave feminism had made at least a few provisional inroads into female shame and the double standard, sex wasn’t exactly uncomplicated, but even when it was bad (as it often was), it was still educational. Even today’s cardinal danger, sex with teachers, which many of us dabbled in without too many horrible consequences, was educational. A high percentage of the women I know have a teacher or two in their past; most, as far as I can tell, regard these experiences fondly. Or, even when feelings are mixed, it wasn’t some sort of awful trauma. When I look back on it now, I wonder who I’d have become without all the bad sex, the flawed teachers, and the liberty to make mistakes. I got to take risks, which was a training ground for later creative and intellectual risks, precisely because we didn’t think of sex as a harm.

Kipnis doesn’t explore the historical and sociological currents that brought about our current circumstances. This interests me a great deal, and I intend to return to it in the near future. She is clearly shocked by the rapid rollback of hard-fought gains made by generations of feminists in centering female agency along with other forms of equality.

The new culture of sexual paranoia, based on the revival of a neo-Victorian model that diminishes female agency and sees women as inherently victims, has filtered out of the universities and into many strata of mainstream society in the US. Workplace flirtations are now viewed as dangerous — precursors to ruinous lawsuits. A friend of mine who runs a bustling business with many employees and freelancers told me they had to establish strict rules forbidding any kind of behavior, no matter how subtle, that could be misinterpreted as flirtatious or sexual. He describes the ambience he is forced to maintain in the workplace as “Stalinist.”

The relationship between the genders is a fractal of the greater social whole. Next time, I intend to explore how the new ideological ambience — in academia and across the broader liberal establishment — of censorship, intolerance, cancel culture, and revived Victorianism helps the far right make deeper inroads in mainstream society, potentially contributing to an authoritarian takeover of the US in the near future.

A version of this piece was originally published in “Daniel Pinchbeck’s Newsletter.”