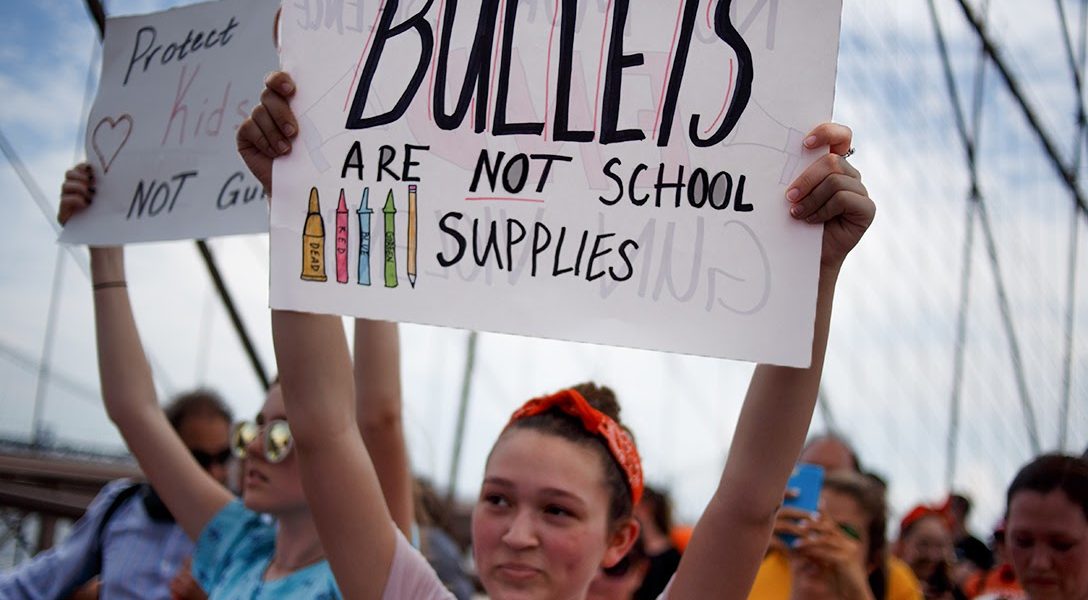 Why Arming Teachers is Not Such a Good Idea

Dennis Alexandr, a teacher and resource officer at Seaside High School in Seaside, CA, was teaching his Administration of Justice class about the importance of gun safety on the morning of March 13, 2018. The 2013 Reserve Officer of the Year was in the process of demonstrating how to disarm someone with a weapon when he pulled out his firearm and pointed it to the ceiling. Alexander told the students he “wanted to make sure his gun wasn’t loaded” when the weapon went off. He fired a shot into the air, sending pieces of the ceiling to the floor and leaving everybody stunned.

Students recounted the intense moment later that day, calling it a crazy occurrence that could have turned into something very bad. Alexander apologized to his students, still in disbelief, and classes continued as normal. No one called the police, put the school on lockdown, or checked for injuries.

Later that day, when a 17-year-old boy got home from school, his parents were shocked to see blood on his shirt and bullet fragments in his neck. It was the first time anybody noticed that somebody had been injured during the accident. In total, three students suffered injuries.

Fermin Gonzales, the 17-year-old’s father, was very upset when he heard about Alexander’s gun performance and weapon firing. But he was also angry that no one had even contacted the police.

“We had to call the police ourselves to report it,” Gonzales told news reporters.

The boy had been hit when pieces of the bullet ricocheted off the ceiling and lodged into his neck. He was rushed to the hospital for X-rays and was diagnosed with non-life-threatening injuries.

Sand City Police Chief Brian Ferrante said he did not know why Alexander was displaying his loaded gun in a classroom. In the state of California, teachers are not legally allowed to have firearms in classrooms, even if they have a concealed carry permit. Yet despite the fact that he had been a reserve Sand City police officer for 11 years, Alexander went against protocol and the law.

“This was an incident with a trained professional,” the victim’s father said. “If you just give them to everybody, this could happen again and again. And it could be a lot worse.”

He is right. This type of thing does happen again and again.

On March 22, 2019, a substitute teacher unintentionally discharged a gun in a first-grade classroom at Blountsville Elementary, OH. A student was struck by bullet fragments.

On April 5, 2019, a janitor’s gun unintentionally discharged at Saint Josaphat Parish School in Milwaukee, WI, which resulted in a student becoming bruised by falling debris caused by the bullet hitting a wall.

On November 12, 2018, a school resource officer at Eastern Technical High School in Essex, MD, committed suicide in his office at the school. Students were present.

And the list goes on. A teacher accidentally firing a gun during a safety demonstration, injuring a student; two first-graders accessing a loaded gun when left alone in the office of a staff member participating in a concealed-carry program; and an unintentional discharge during a struggle between an officer and a student.

“When you give somebody a gun, every risk gets exaggerated.”

These are just a few incidents documented in a recent report on guns being mishandled in schools published by the Giffords Law Center to Prevent Gun Violence. Overall, it includes 80 publicly reported incidents, starting from 2014, of guns left accessible to children, discharged unintentionally, mishandled and discharged during disciplinary actions, used to threaten students, and used in times of personal stress or conflict. Yet many government officials, like President Donald Trump and others in his administration, believe arming teachers is one of the best ways to decrease risks to students.

The report warns that guns on school property won’t decrease risks to students — they will increase them.

In light of recent mass shootings, schools are under pressure to provide stronger safety measures. Trump’s administration says arming teachers would help protect students against attacks, and last summer Education Secretary Betsy DeVos announced that the administration was considering the use of federal funds to arm teachers.

Dr. Joel Dvoskin, a clinical and forensic psychologist and fellow of the American Psychological Association (APA) who served on the APA Policy Task Force on Reducing Gun Violence, strongly disagrees.

“When you give somebody a gun, every risk gets exaggerated,” Dr. Joel Dvoskin tells WhoWhatWhy.

There are many weaknesses with concealed-carry programs for teachers, he notes, especially unstandardized and insufficient training. Dvoskin says research shows that police officers’ aim gets much worse when they are under duress, even though officers typically have to qualify on a range four times a year. Accuracy is also an issue with teachers, as is impulse and anger control.

The Giffords report says many incidents involve trained school resource officers and security guards unintentionally firing. That type of accident, it says, is more likely to occur among armed but inadequately trained teachers. Would these students be safer if their teacher were armed? Photo credit: Courtesy of Allison Shelley/The Verbatim Agency for American Education: Images of Teachers and Students in Action Alliance for Excellent Education / Flickr (CC BY-NC 2.0)

Public opposition to concealed-carry programs is significant. Giffords reports that eight in 10 teachers, seven in 10 students, and seven in 10 parents oppose arming teachers.

“The more guns that are coming into the equation, the more volatility and the more risk there is of somebody getting hurt,” said J. Thomas Manger, former president of the Major Cities Chiefs Association and police chief in Montgomery County, MD, in Giffords’s The Truth About School Shootings report.

The report says that risks associated with gun access far outweigh the likelihood of a gun being used in self-defense, and that less than 1 percent of individuals successfully defend themselves with a gun during a crime. In addition, the report notes, a school full of armed teachers would make it harder during a school shooting for police to identify the actual shooter, creating a more dangerous situation.

A study published in the Journal of Adolescent Health states there is no evidence that even the presence of resource officers in schools decreases the number or severity of school shootings.

“There’s just a whole bunch of ways that this is a really bad idea,” says Dvoskin.

Not only are students and faculty at risk if guns are present, but there are even dangers on the way to school. A 2006 study examining the relationship between guns and road rage found that armed drivers are more likely to drive aggressively, even when controlling for related factors,   such as gender, age, and driving frequency.

“Guns not only permit violence, they can stimulate it as well,” University of Wisconsin professor Leonard Berkowitz told Psychology Today. “The finger pulls the trigger, but the trigger may also be pulling the finger.”

Berkowitz and fellow researcher Anthony LePage showed in a 1967 study that the mere presence of weapons increases aggression, a tendency known in psychology as the “weapons effect.” A 1990 review of 56 studies confirmed this effect, as did a 2018 meta-analysis of 78 independent studies.

In rare cases, according to the Giffords Center’s data, armed adults in schools have reached for guns in times of personal stress or conflict, and used them to attempt suicide at school. The center’s Guns in Schools report suggests that safety measures focus on teaching students and parents about the dangers of firearms, as well as the importance of proper storage.

“So far, I see no evidence that the potential benefits [of concealed carry for teachers] would outweigh the predictable risks,” Dvoskin told WhoWhatWhy.

Instead of putting guns in schools, he says, schools should focus on creating small threat-assessment or emergency teams, and on training teachers and other school staff to recognize and respond quickly to threats.

Incorporating the help of students could also reduce the risks of mass shootings. Dvoskin says that in many school shootings there are students who were aware of the shooter’s plans  beforehand but were afraid to say anything. Dvoskin suggests a system of “If you see something, say something” would encourage students to speak up. This includes hiring more trained professionals to support students with mental health issues common to many school shooters.

“If we had mental health services for kids we thought were in some kind of crisis, especially suicidal kids, we would prevent a lot of mass homicides,” says Dvoskin. “We would just never know what we prevented.”