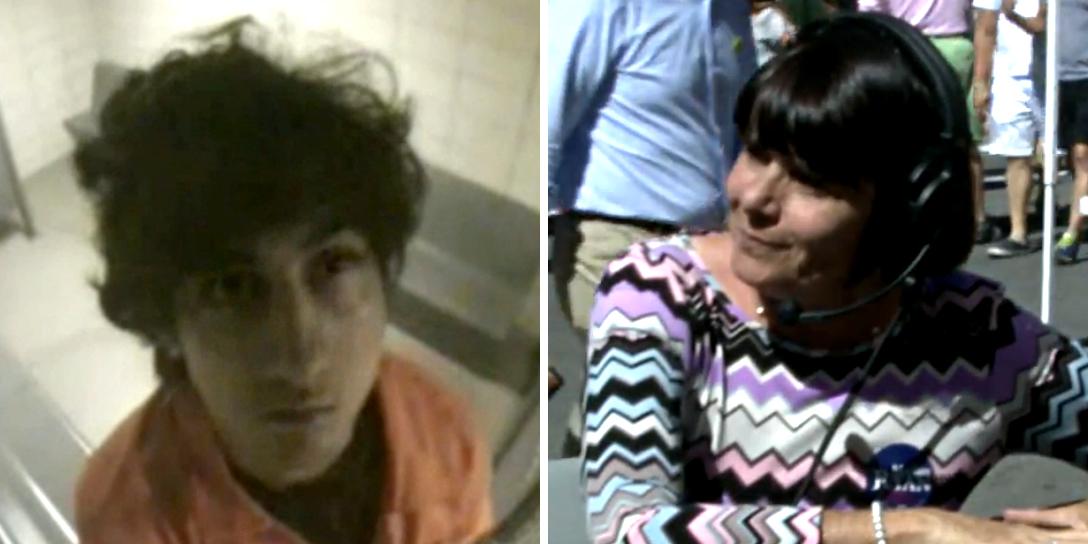 Tsarnaev Faces More Charges: in case he gets off?

Convicted Boston Marathon bomber Dzhokhar Tsarnaev might face additional charges related to the Watertown shootout and the murder of MIT cop Sean Collier. That is, if Middlesex County District Attorney Marian T. Ryan has her way.

Tsarnaev, already found guilty on federal murder charges, is likely to appeal his conviction—completely routine for someone convicted of a capital crime. What is not routine, and indeed almost unheard of, is for someone facing the death penalty after being convicted of murder in a federal court to face additional charges from a local jurisdiction. Although federal death sentences are themselves rare, most experts seem to agree additional local charges are redundant and a waste of resources.

Observers are scratching their heads about Ryan’s efforts—particularly in light of the fact that Massachusetts does not have the death penalty. At worst, Tsarnaev will have an additional life sentence tacked on to his existing sentence.

Ryan cited the “severity of the crime” as justification for her decision. She also indicated that “state charges could act as an insurance policy in case Tsarnaev successfully appeals his federal conviction.”

Does the Middlesex County DA really think there’s a chance Tsarnaev might be exonerated upon appeal?

This would be an abrupt departure from law enforcement’s confidence about Tsarnaev’s guilt.

Or is this just a political maneuver by an elected official trying to latch herself on to a high profile case? The Boston Globe noted that the experts they consulted couldn’t think of another case where someone facing federal capital charges was tried again on additional state charges.

Robert Dunham, executive director of the Death Penalty Information Center in Washington, DC, said that, “There is no legal impediment to doing it. The question is whether it is a waste of resources.”

In fact, most legal experts quoted by Boston-area news outlets expressed a similar sentiment, saying that state charges would be “redundant” and would only “drag out the process.”

Brad Bailey, a former prosecutor for Middlesex County, told Boston’s WBUR: “With somebody facing the ultimate penalty like that, one wonders really what the necessity is to try for an outcome that is something less than [the death penalty].” Massachusetts has no death penalty; life without parole is the maximum sentence a state court can hand down.

Another former prosecutor, Brian T. Kelly, told The Globe, “You have all the problems with the federal case. It becomes a media circus, a security nightmare, and it takes up a lot of expense and the courts time.” But he added: “It’s understandable that [local authorities] would want him to be held accountable for the murder of a police officer.”

Considering the time and expense of another trial, it is hard to see what obtaining another life sentence might accomplish. How could Tsarnaev possibly be held more accountable than what he’s already facing? Even if his lawyers succeed in removing the federal death penalty conviction upon appeal, he’s still likely to face life in prison.

So, what else could possibly justify the expense, security risks, and additional anguish for families of the bombing victims that a new trial would surely bring? Is this simply overreach by an up-and-coming DA? If the comments sections of local Boston news websites are any indication, the public seems dead set against the idea. If that’s indeed the case, Ryan’s move would be politically ill-advised.

Or is it possible there’s a legitimate fear in law-enforcement circles that Dzhokhar Tsarnaev might be exonerated, or set free because of prosecutorial missteps or misconduct in the recently completed federal trial?

One more factor must be considered. A new trial before another judge has the potential to focus attention on the many loose ends in the case against the Tsarnaevs that have remained unresolved despite “official investigations” and their subsequent “findings.”

In particular, Cambridge, in Middlesex County, was where local police found multiple teams of federal agents “conducting surveillance” in the general vicinity of the Tsarnaev’s neighborhood, as well as on the campus of MIT where Sean Collier was killed. They did this without the knowledge of Cambridge PD which caused some friction and created suspicion among local police that the FBI might have been tracking the Tsarnaevs. The FBI calls those assertions “patently false.” They claim not to have known who the suspects were until after older brother Tamerlan’s death.

It will be interesting to see if the FBI or some other federal agency tries to dissuade DA Ryan in her quest to bring local charges. More than likely they won’t have to; public sentiment may do the job for them.

It’s worth repeating: The evidence clearly shows that the Tsarnaev brothers were involved in the violence that erupted in and around Boston that week. But it’s also clear there are important questions and nagging inconsistencies—including those that touch on the US government’s connections with the brothers before the bombing—that cry out for resolution. Maybe DA Ryan thinks so too?