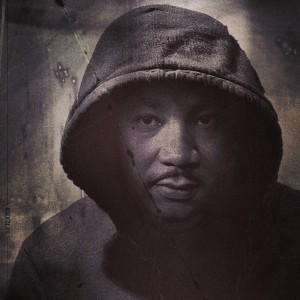 The Trayvon Verdict — Race Was the Elephant in the Courtroom The whys of the George Zimmerman-Trayvon Martin case are being lost in all the shouting in the streets, on the airwaves and on the Internet. The “We Are All Trayvon” signs and the hoodies donned in solidarity are mechanisms for venting, but they do not address what actually happened in Sanford, Florida, and what should happen now.

What we Americans profess to want — a society that is truly colorblind and a justice system that operates from that premise — was never on the table for either the prosecutors or the defense lawyers in the case. Given the laws of Florida, and the mind-set of many of its citizens, it’s now apparent that the outcome was never in doubt.

As Christopher Darden, a former prosecutor who lost the O. J. Simpson murder case in 1995, wrote recently, “Our national collective expectation of equal justice is based on our feeling of morality — not legality. We want the morality of a situation to match the criminality. This is often not the result in our court system.”

To get a handle on why, we need only listen to the discrepancies between what prosecutors in the Zimmerman-Martin case said in court and what they said in post-verdict statements.

The die was cast back in February 26, when local law enforcement officials bagged up Trayvon Martin’s body and tagged him as a John Doe after, of course, testing his body for drugs. In the meantime, they were quite cordial with Zimmerman, a neighborhood watch volunteer with connections in the local criminal justice community. He was one of them. His story seemed plausible to them. He was sent home, apparently without being tested for the use of substances that might have impaired his judgment. Trayvon, a teenager up to no good in Zimmerman’s eyes, was sent to the morgue. His family learned of his death after reporting him missing.

Only after weeks of protest, first primarily through social media, then with boots on the ground led by people like the Rev. Al Sharpton, did Florida governor Rick Scott reluctantly take the stalled investigation out of local control and assign it a special prosecutor, Angela Corey.

By then the Zimmerman-Martin confrontation had come to represent all manner of unresolved American issues: racial profiling, the overzealous targeting of young black males by law enforcement, the value of black life, a justice system that is anything but colorblind, the proliferation of guns, the right to carry concealed weapons, the limits of protecting one’s hearth and home — especially in a state like Florida where armed residents are permitted to “stand their ground” even if they have an opportunity to retreat from perceived danger.

In such a gun-friendly state, prosecutor Corey and her team overcharged when they pursued second-degree murder (belatedly adding the lesser charge of manslaughter). Politics and public relations trumped legal calculations. They covered their hides and raised expectations among people who do not know how these things work.

At trial, with politics and juror sensibilities in mind, they hinted at race just enough to be able to claim later, as Corey did in a post-verdict news conference: “There is no doubt that he [Martin] was profiled to be a criminal, and if race was one of the aspects in George Zimmerman’s mind, then we believe that we put out the proof necessary to show that Zimmerman did profile Trayvon Martin.”

In reality, the prosecution tiptoed past this thorny issue. Another prosecutor, John Guy, spoke more accurately about the prosecution’s approach when he said the case was nothing more than “a determination about what happened between those two individuals.”

It’s clear Zimmerman was very much aware that Trayvon Martin was a black teenager. He said as much in his 911 call. To him Martin was yet another black criminal — the kind he regularly reported to police as threats to the serenity of the neighbors he had volunteered to protect. “They always get away,” Zimmerman muttered to the 911 operator who told him to stay put and wait for police to arrive.

In the world beyond the courtroom, just about everyone knows that race was the factor in Zimmerman’s snap judgment. However, in the courtroom, according to Corey, “this case was all along about boundaries and that George Zimmerman exceeded those boundaries.”

The average sensible person may be forgiven for asking, “Say what?”

Indeed, Bernie de la Rionda, another member of the prosecution team, said in his post-verdict comments, “Who was following who?… What it boils down to is you had a 17-year-old kid who was minding his own business, wearing a hoodie and gets accosted, gets followed by an individual who wants to be a cop.”

Under Florida law, that sentiment, presented at trial, was apparently not enough to convince a jury that Zimmerman was in any way to blame for Martin’s death.

Now all eyes are on the U. S. Justice Department and Attorney General Eric Holder. But just as “reasonable doubt” proved insurmountable in the state trial, so might what the Justice Department characterizes as “limited federal criminal civil rights statutes within our jurisdiction.”

Don’t be surprised if, after a respectable interval and a perceived cooling-off among the protesting public, Holder announces that the feds will not press a civil rights case against Zimmerman.

In the meantime, amid warnings of an open season on young black males, amid the painful conversations black adults are having with their children — even in the form of survival workshops — the questions before all Americans include these: What is the proper forum for addressing these issues, since the trial of one man can never satisfactorily do that? When do we have that national conversation that we are told is overdue every time a matter of racial injustice rises to the level of round-the-clock news coverage and social-media buzz? If not now, when?