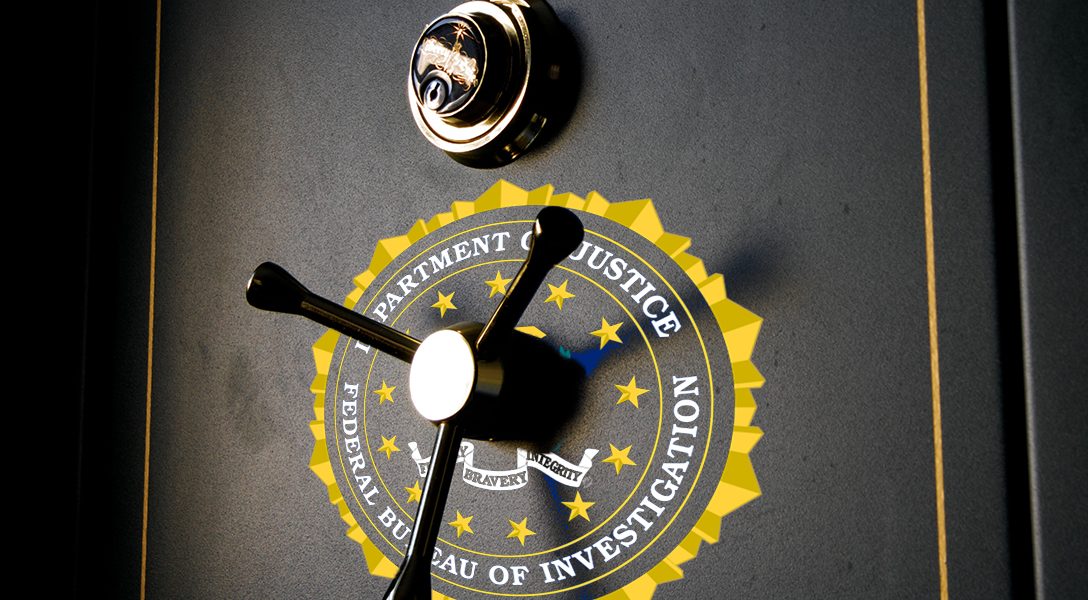 It’s been half a decade since two bombs exploded at the finish line of the 2013 Boston Marathon, yet the government continues to maintain a seemingly impenetrable wall of silence around what it knows about the primary instigator of the attack that traumatized a major city for nearly a week — bombing mastermind Tamerlan Tsarnaev.

It’s been four years since the Inspector General of the Intelligence Community wrote an “unclassified summary” of a report (IGIC Report) that laid out what federal agencies knew about Tamerlan Tsarnaev in the years leading up to the bombing. But most of that report — commissioned by the Office of the Director of National Intelligence (ODNI) — remains classified.

However, the inspectors general (IGs) expressed  their own displeasure with the level of secrecy veiling the final report: in its first few lines they asked for a review of the protocols — known as “classification and sensitivity designations” — used to withhold the majority of it.

In our ongoing efforts to make public as much as possible about the history of Tamerlan Tsarnaev, WhoWhatWhy requested through the Freedom of Information Act (FOIA) those classification designation reviews.

Tamerlan’s younger brother, Dzhokhar, was convicted and sentenced to death in 2015 for his role in the attack. He’s currently being held at the US government’s maximum-security penitentiary in Florence, Colorado. Tamerlan was killed in a shootout with police days after the bombing and many important details about his history died with him.

It’s understandable that much of the public assumes we’ve already learned all there is to know about the older Tsarnaev brother. After all, oceans of ink were spilled after the bombing on morbid human-interest stories describing how Tamerlan went from one-time immigrant success story — a Golden Gloves champion boxer — to a murderous monster filled with anger and resentment toward his adoptive country.

But as we’ve pointed out repeatedly, many of the facts the public learned about Tamerlan’s history with federal agencies were based on “leaks” to the media from anonymous law enforcement officials. In other words, most of what we know about him could be called the “unofficial record.” The FBI claims to have had no interest in Tamerlan until the Russians sent a warning in 2011 to the FBI and the CIA about his radicalization — suggesting that he might fly to Russia to engage in terrorist activity there. The Bureau said it conducted an assessment based on the warning, but concluded that he represented no danger. The assessment was closed six months later.

And yet, for some reason Tamerlan was watch-listed in multiple ways, at least one of which labeled him armed and dangerous and required a secondary screening of him if he tried to board an airplane. Nonetheless, Tamerlan flew to Russia months later, but that somehow didn’t trigger any second looks at the airport — by US or Russian officials. The strange fact that Russian officials allowed Tsarnaev to fly back to Russia — despite its purported concerns about him — hints at the possibility that Tsarnaev was part of some cat and mouse game between both country’s security services.

The 32-page unclassified summary of the IGIC Report — the official record — provides very little in the way of substance about Tamerlan’s interactions with federal agencies. Instead, it reaffirms a narrative that had already been developed by those leaks to the media in the early days of the investigation: Tamerlan slipped through the cracks, but not to worry, steps have been taken to ensure better “information sharing” between federal agencies. It’s not clear how information sharing would have prevented anything considering that all agencies involved deny knowing that he was becoming radicalized.

The trial didn’t tell us much about Tamerlan either. Prosecutors succeeded in preventing much of anything about the older brother being entered into evidence — and thereby kept him out of the official record.

There were a series of classified documents filed under seal with the court during the trial, presumably about Tamerlan, but those were never shared with Dzhokhar’s attorneys. They are similarly being withheld from his appellate attorneys, too.

The IGs who wrote the report suggest that the public will not be fully informed — that “[many of the activities and events that occurred during the period [prior to the Marathon bombing] cannot be included in this unclassified summary.” In fact, the first thing readers encounter is a sort of disclaimer that reads like a protest.

The IGs first tell us that we’re only getting 32 pages summarizing a 168-page report. Then, we are made aware that the:

Redactions in this document are the result of classification and sensitivity designations we received from agencies and departments that provided information to the [IGs] for this review. As to several of these classification and sensitivity designations, the [IGs] disagreed with the bases asserted. We are requesting that the relevant entities reconsider those designations so that we can unredact those portions and make this information available to the public [emphasis added].

It’s been four years since the IGs wrote that. We don’t even know if the reviews were ever conducted.

WhoWhatWhy has been regularly emailing to follow up on this important request. Each time, we were told of the specific number of requests ahead of us “in the queue” (hundreds). At one point, we were told that if we narrowed the request “to just a new review of the document itself,” the DNI “would likely be able to respond sooner.” We complied. We also requested, separately, “copies of the requests made by the [IGs] to the ‘relevant entities’ and their subsequent response regarding unredacting the information the [IGs] felt should be made public.”

It’s been a year and a half since we narrowed the request. And DNI has sent nothing. At one point, DNI stated they would provide no more estimates — which is highly irregular because they are obliged to provide good faith estimates.

In an effort to discover what progress, if any, the DNI’s FOIA office has made on our requests, we requested copies of the FOIA processing records produced so far — a FOIA of the FOIAs so to speak.

DNI’s response was as questionable as its “no more estimates” response. DNI claims that until the underlying requests about the IGIC Report are completed, it can’t process the request for FOIA processing records. Attorney and FOIA expert Kel McClanahan told WhoWhatWhy, “Oh that’s nuts … there’s no provision for that.”

WhoWhatWhy left multiple messages with the ODNI seeking comment. We have yet to hear back.

The government has, by and large, succeeded in having it both ways with Tamerlan Tsarnaev. He was just a disgruntled loser, but everything in his history is withheld as a matter of “national security.”

In other words, the government had to simultaneously convince the public that Tamerlan and his brother were monsters with an obvious track record of incriminating behavior to back it all up, all the while maintaining they couldn’t possibly have predicted Tamerlan would do something so violent.

Consider, according to the IGs who wrote the unclassified summary report, that all of the information in the report — most of which remains classified — relates to “activities and events” that took place prior to the bombing.

Consider further, that the IGs complained in the document that they were being stonewalled by the FBI during their investigation, meaning there may be more “activities and events” that didn’t even make it into the classified portion.

WhoWhatWhy has submitted more than 85 FOIA requests seeking records about Tamerlan Tsarnaev and the bombing — the vast majority of which have been denied.

If Tamerlan was just some lone nut, wouldn’t the government want to dump all it knows about him out in the public? Why is everything about him still “classified” five years later?