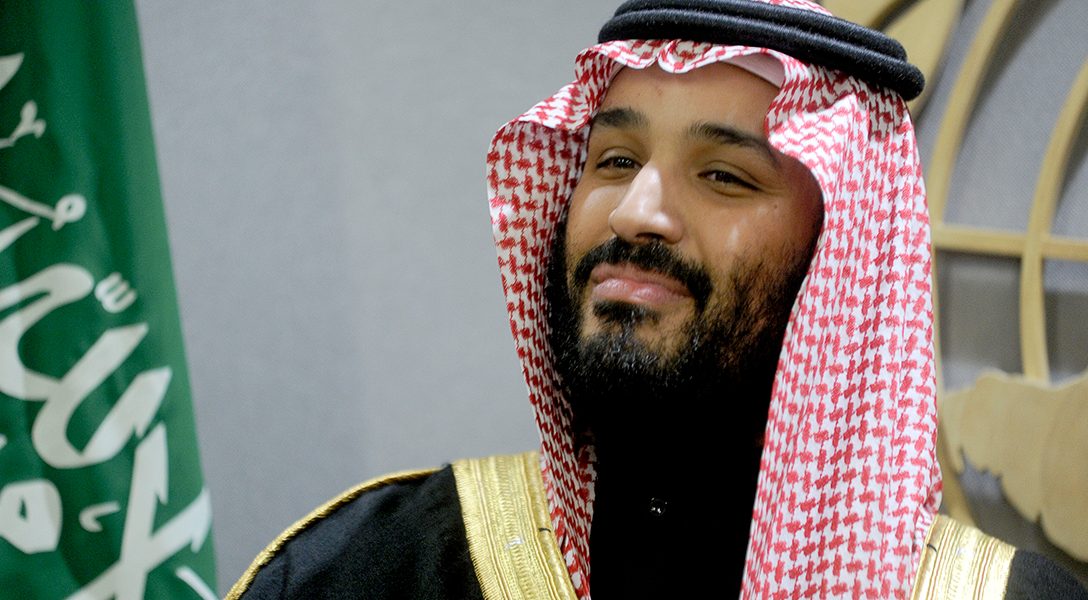 The diplomatic fallout was all because Canadian Foreign Minister Chrystia Freeland tweeted her concern for a Saudi activist, Samar Badawi, who was arrested for her human rights advocacy in the Kingdom.

Very alarmed to learn that Samar Badawi, Raif Badawi’s sister, has been imprisoned in Saudi Arabia. Canada stands together with the Badawi family in this difficult time, and we continue to strongly call for the release of both Raif and Samar Badawi.

The social media post, the Saudi Foreign Ministry said in response, was an “overt and blatant interference in the internal affairs of the Kingdom” and violated “the most basic international norms.”

However, even a surface-level examination of the Kingdom’s judicial practices show that the escalation was steeped in hypocrisy — especially in light of recent reports that exposed systematic and extraordinary efforts by the Saudis to subvert the rule of law in other countries.

Flagrant interference in justice abroad was uncovered most recently by the Oregonian, a Portland-based newspaper that reported on several Saudi students disappearing after committing serious crimes.

Most notable is the case of Abdulrahman Sameer Noorah, a Portland Community College student who was arrested for a hit-and-run that killed a 15-year-old girl in 2016. Noorah disappeared just weeks before his trial date after posting bail with $100,000 given directly to him by the Saudi consulate. Law enforcement officials believe that the 21-year-old was then aided in removing his ankle monitor and flown out of the country on a private plane by Saudi diplomats, according to the Oregonian.

In July 2018, the Saudi government confirmed to US authorities that Noorah had arrived back in the Kingdom in June 2017 — seven days after disappearing, the Oregonian reported, citing the US Marshals Service.

Several other cases emerged in Oregon of Saudi nationals evading US justice. Ali Hussain Alhamoud, a student at Oregon State University, vanished after the Saudi government posted bail following his arrest for rape and other sex crimes in 2012, the Oregonian reported. An international arrest warrant was issued for Alhamoud by Interpol. Similar occurrences have been reported in several other states, including Montana, Utah, and Ohio, the Oregonian found. Another case emerged in Missouri where the Saudi government reportedly posted a $2 million bail for two nationals charged with sexual assault.

It’s no surprise that the government helps “its citizens living abroad evade the law in foreign countries,” Dokhi Fassihian, Middle East and North Africa director at Freedom House, told WhoWhatWhy. “What seems to have changed is the increasing brazenness by which Saudi Arabia flouts international law in its conduct overseas.”

Justice was also subverted in Canada, where a Saudi man charged with sexual assault and kidnapping in Nova Scotia fled with help of the Saudi embassy, according to state media — a far greater violation of sovereignty than Freeland’s tweet, which the Saudis called an “unacceptable affront to the Kingdom’s laws.”

Let me be clear: I will hold the Saudi government accountable for subverting the rule of law in the United States.

“We need a wholesale rethinking of our relationship with Saudi Arabia — and we should all be able to agree that any nation that helps their citizens escape from the law needs to be held fully accountable,” Merkley said in a statement introducing the ESCAPE bill on January 25.

So far, Wyden’s plea seems to have gone unheard by the Trump administration — at least publicly. Two weeks after the prodding of Director Wray, US Secretary of State Mike Pompeo met with Saudi Foreign Minister Adel al-Jubeir in Washington. No mention of the disappearing Saudis was included in the US or Saudi readouts released to the press.

Family members of the ruling House of Saud and “those connected to it are not subject to the law as ordinary citizens experience it,” Freedom House’s Fassihian added. “They enjoy impunity at home and increasingly abroad.”

The Saudi embassy in Washington issued a statement claiming that reports of the government helping its citizens evade justice were “not true,” the Oregonian reported.

Despite being branded early on as a reformer, Saudi Crown Prince Mohammed bin Salman — commonly known as MBS — has cracked down on dissent and activism.

MBS “has crushed any space for the existence of human rights defenders in the country,” Lynn Maalouf, director of Middle East research at Amnesty International, said in a statement following the arrest of Samar Badawi.

In 2018, the government was holding over 2,300 people for at least six months without formal charges, according to Human Rights Watch. More than 250 of them had been detained for at least three years.

While MBS has relaxed certain laws — such as the ban on women driving and the prohibition against women attending public sporting events — the repression illustrates that the pace of progress is strictly controlled, and efforts to accelerate change are considered criminal.

The Kingdom’s “draconian laws bear no resemblance to international norms and are wielded arbitrarily to maintain absolute control by the ruling family,” Fassihian said.

Foreigners and dual citizens are also at risk of injustice. When MBS was first named Crown Prince by his father, King Salman bin Abdulaziz Al-Saud, in June 2017, the young ruler began arresting prominent figures, including a Saudi-American, Dr. Walid Fitaihi.

Fitaihi was detained at the Ritz-Carlton hotel in Riyadh, which was turned into a makeshift jail following MBS’s wave of arrests, which he claimed was an effort to curb corruption. According to earlier reports, Fitaihi was denied consular assistance from the US embassy, since Saudi authorities did not recognize his dual citizenship.

A State Department spokesperson confirmed to WhoWhatWhy that Fitaihi is still detained; he  has since received consular services — although they are unlikely to extend to the get-out-of-the-country assistance that the Saudi government provided for its citizens detained in Oregon.