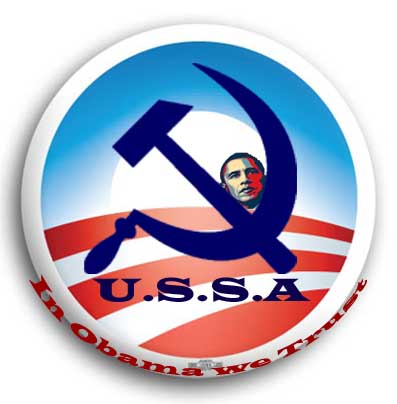 Mitt and Barry Spar Over Russia—Whom Can You Trust? On Tuesday, Mitt Romney continued to move toward a general election confrontation with Barack Obama, accusing the president of hiding his true agenda. He said that the Obama campaign was engaged in “hide and seek” and implied that something nefarious is in store once the president begins a second term.

Although plenty of Americans will take this as a cue to imagine sinister plots on any number of issues, Romney is actually grounding his critique in a specific matter of foreign policy.

This skirmish began last week, and plays off a “gaffe” by President Obama. To recap:  speaking privately with outgoing Russian President Dmitry Medvedev in South Korea, Obama said—not realizing that his microphone was live—that “after [his] election, [he would] have more flexibility” regarding negotiations with Russia about America’s desire to build a transnational missile-defense shield in Eastern Europe.

In the wake of the comment’s airing, Mitt Romney was quick to pounce on the words, charging Obama with pre-election duplicity in regard to foreign policy—and suggesting this proves the president is actually “weaker” on the issue than he would have voters believe.

However, Romney took it a step further when he claimed that by secretly planning to compromise with Russia, Obama is in cahoots with America’s “number one geopolitical foe,” citing Russia’s continued support of most of America’s enemies, including Syria and Iran. Although it was certainly not his intent to out-gaffe Obama, Romney received criticism from across the political spectrum. Among those chastising Romney was Medvedev himself, who dismissed the former governor’s assertion as outdated and “reminiscent of Hollywood.” Another critic was Romney’s fellow Republican, House Speaker John Boehner, who warned more generally against criticizing the American president while the commander-in-chief is overseas.

While this entire sequence of events could easily be read, and then cast aside, as another bout of pre-November word-slinging, more is at stake here than mere political posturing. To see why, let’s look more closely at the background to the Obama-Medvedev interchange.

Warning: A Bit of Technical Material

Why should the American missile shield matter so much to Russia? It’s been advertised as a purely defensive plan, designed to protect Europe and the West against any and all threats (but mostly from Iran) and, therefore, not a belligerent step against Russia per se.

That explanation plays well in the West, but there’s a lot more going on.

An international missile defense system would counter the Kremlin’s ability to launch an ICBM westward into Europe (if and when it ever came to that). Although there are no immediate reasons why Russia would want to conduct active war with Europe and the West, the loss of this capability would create a huge disparity in the nuclear balance-of-power between the United States and Russia (remember the threat of Mutually Assured Destruction?) It’s still an important part of the calculation on preserving the greater peace, notwithstanding the much-vaunted end of Russian-American Cold War animosity.

Which brings us to Romney’s claim. Is Russia the United States’ biggest foe on the international stage? There is obviously no simple answer to this question, because America has a multitude of “foes” in every theater of conflict, be it military, economic, cultural, or otherwise (many of these are, of course, also part-time friends—to wit, Pakistan and Saudi Arabia).

Most foreign policy wonks will bring up China here, claiming it to be America’s real “number one foe,” due to its oft-discussed economic competition with the United States. However, if we are to narrow our focus to good old-fashioned Kissinger power politics among the world’s nuclear-armed governments, Romney’s charge may be accurate (although still bad diplomatic form to express openly.) According to The Center for Arms Control and Non-Proliferation, 95% of the world’s nuclear weapons are possessed by the United States and Russia together, which should paint a clearer picture of who the two real competitors (still) are in the thermonuclear arena.

In American popular mythology, the Cold War ended with the fall of the Berlin Wall in 1989, when the United States emerged victoriously as the sole remaining “superpower”—and with it, capitalism as the triumphant economic system—and everyone lived happily ever after (until 9/11, that is).  It goes without saying that most of the world sees things differently; the triumphalist formulation overlooks the countless, accelerating effects of post-1989 globalization on America itself (e.g. Foreign Direct Investment, outsourcing, Chinese ownership of American debt, and the strange economic importance of Greece).

However, even if the “unipolar” conception of American influence can be given some credence, you don’t need to be a political scientist to understand why Russia would have a bone to pick with American, post-USSR hegemony. (Further, as I suggested in a previous piece, the continued existence of NATO is a patent indicator of on-going East-West tensions—which flared in the Balkans in the 1990’s and nearly ignited again during the Russia-Georgia conflict in 2008).

Russia certainly remains an obstacle to the United States’ foreign policy interests, which include curtailing Iran (Russia’s ally), and maintaining a crude oil pipeline from the Caspian to the Mediterranean through Georgia (Russia’s enemy). Obama is well-aware of this fact—he just has a philosophical difference with the Republicans on how to go about it. His advisers’ strategy, as we saw too clearly on Monday, is closed-door negotiations, while it seems that whoever hasRomney’s ear would prefer an updated version of the Bush-era “we-don’t-negotiate-with-bad-guys” stance. (It’s important to remember that people like Obama and Romney, coming to the presidency with little of their own foreign policy experience, are expressing the preferences of much more experienced—and perhaps self-interested—players who remain behind the scenes.)

Over to You, President Romney

Romney’s foreign policy mission, as characterized on his official website, defiantly rejects the notion that America’s role is shifting, or should shift, in the face of globalization. Titled “An American Century” (not “Another American Century”, interestingly enough), Romney’s foreign strategy is unequivocally unilateral, repudiating the need for any and all compromise—with allies and enemies alike.

The unifying thread of [Romney’s] national security strategy is American strength. When America is strong, the world is safer. It is only American power—conceived in the broadest terms—that can provide the foundation for an international system that ensures the security and prosperity of the United States and our friends and allies.

A Romney foreign policy will proceed with clarity and resolve. Our friends and allies will not have doubts about where we stand and what we will do to safeguard our interests and theirs. Neither will our rivals, competitors, and adversaries.

So then, what would Romney do differently about Russia? In his website’s issue page about Russia—simply subtitled, “Russia—An American Century,” the Romney campaign explains that returning president Putin’s aggressive foreign policy is a dangerous force in global affairs, and therefore, needs to be checked.

At the risk of oversimplification, we can say that Vladimir Putin… aims above all else to preserve his power, stoking Russian nationalist passions to maintain popular support, and using wealth garnered from energy and arms sales to stave off economic calamity. With the Kremlin’s leverage over the energy supplies of Central and Western Europe, its stockpile of nuclear weapons, its recent history of aggressive military action, and the power it wields in multilateral institutions like the United Nations, Russia is a destabilizing force on the world stage. It needs to be tempered.

Tempered how? By, according to “Mitt’s Plan” on his Russia page: reassessing (and possibly discarding) Obama’s mutual disarmament treaty with Russia, enacting policies to redirect European funds away from the Russian oil industry, strengthening military and trade relationships with other Central Asian states, and bolstering “civil society” movements, within Russia, to resist the influence of the “authoritarian” government.

And then—voilà—stability in the region? Targeted economic interference, military assistance to regional adversaries, encouraging domestic unrest—all time-tested cornerstones of any good roadmap to peace, right? If you think so, vote Romney.

As a short exercise in putting the shoe on the other foot, let’s switch a couple of the words in the Romney campaign’s description of Russia’s threat:

With the White House’s leverage over the energy supplies of Central and Western Europe, its stockpile of nuclear weapons, its recent history of aggressive military action, and the power it wields in multilateral institutions like the United Nations, the United States is a destabilizing force on the world stage. It needs to be tempered.

Any more outlandish than Romney’s point? Also, last time I checked, energy and arms sales are pretty important elements in our own economy, so without them, we’d probably have an economic calamity in a similar fashion.

From Our “Untangling the Gaffes” Department

Going to back our dueling “gaffes,” it seems that, partisanship aside, people jumped down Obama’s and Romney’s throats for two very different reasons. The reason people jumped down Obama’s throat, I suspect, is that the domestic public has trouble stomaching the real mechanics of international politics. The concept of closed-door diplomatic maneuvering is distasteful to many Americans, because it makes them feel uninformed (dumb), as well as out of control (Example A: those pesky diplomatic cables, courtesy of WikiLeaks). However, you also can’t be caught saying that you will begin real negotiations once the public is out of the picture. This sort of “elitism,” however grounded in reality, is cannon fodder for Tea Party rants.

The reason everyone got on Romney’s case, from Medvedev to Hillary Clinton to John Boehner, is that his rhetoric had simply verged into inappropriately belligerent territory (and therefore, was a threat to American international relations, not just domestic ones). Boehner’s slap on the wrist is particularly revelatory here; even the Republican establishment wanted to distance itself from such overt jingoism. Putin is certainly no Gandhi, and Russia is no Bhutan or Switzerland, but is it really necessary to stoke American “nationalist passions”—and consequently, Russian ones—to illustrate this point?

Only time will tell if Obama’s bilateral approach will pan out, but one thing is certain: US-Russia relations are definitely better than they were in 2008, when Russia invaded Georgia on America’s watch, and American fighter jets made several interceptions of nuclear-capable Russian bombers patrolling uncomfortably close to the Alaskan coastline.

There are two possible explanations for this improvement: either Obama’s election to the presidency, or Medvedev’s (both were elected that year). However, with Prime Minister Putin’s third term as President just around the corner (May 7th, save the date), all bets may be off.

But one bet’s worth taking: this campaign will stoke Americans’ fears of threats internal and external—but there will be minimal rational discussion of what is really behind fostering those fears, and who benefits. For a hint, see discussions of what to do about America’s voracious military contracting establishment, and its unsupportable cost to the country.