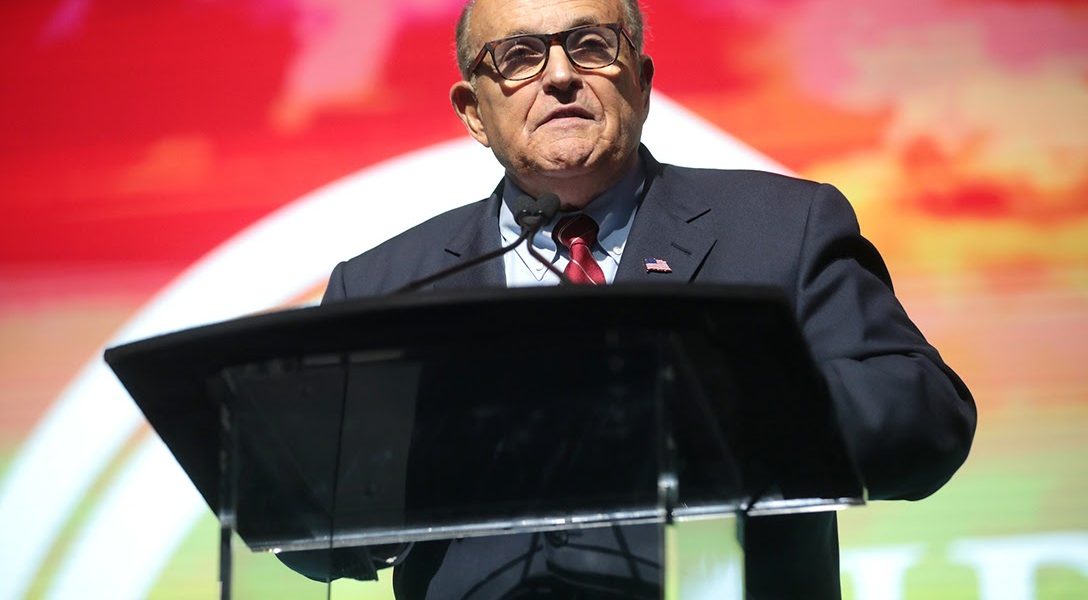 Donald Trump famously used to ask, “Where’s my Roy Cohn?” — the snarling pitbull of a lawyer who became famous as Sen. Joseph McCarthy’s anti-Communist hatchetman. Now Rudy Giuliani, who stepped up to play the role in Trump’s impeachment and election fraud conspiracies, may be sharing Cohn’s end-of-career fate — disbarment in the state of New York.

The chairman of the state Senate’s Judiciary Committee has formally requested that the state courts begin the process of stripping Giuliani of his law license because of his role in inciting the pro-Trump insurrection at the US Capitol.

Monday’s move by state Sen. Brad Hoylman (D) came on the same day that the New York State Bar Association opened what it called a historic inquiry into expelling Giuliani from its membership, compounding the layers of criticism he has faced from the legal community over his defense of Trump.

Giuliani has continuously spread baseless claims and conspiracy theories about the election despite no evidence of voter fraud.

“If we’re wrong, we will be made fools of, but if we’re right a lot of them will go to jail,” Giuliani said at Wednesday’s rally leading up to the Capitol riot. Then he added this exclamation that really caught the eye of the Bar Association: “Let’s have trial by combat.”

The NYSBA, which condemned the siege at the US Capitol, said in a statement that it has received “hundreds of complaints in recent months” regarding Giuliani’s efforts to challenge the election on Trump’s behalf and that his statements at the rally have prompted the group’s president, Scott M. Karson, to determine if he should be removed.

“This decision is historic for NYSBA, and we have not made it lightly. We cannot stand idly by and allow those intent on rending the fabric of our democracy to go unchecked,” the NYSBA said in the statement.

According to its bylaws, “No person who advocates the overthrow of the government of the United States, or of any state, territory or possession thereof, or of any political subdivision therein, by force or other illegal means, shall be a member of the Association.”

The NYSBA said Giuliani’s remarks at the rally were “intended to encourage Trump supporters unhappy with the election’s outcome to take matters into their own hands.”

“Their subsequent attack on the Capitol was nothing short of an attempted coup, intended to prevent the peaceful transition of power,” the NYSBA said.

Giuliani will have the option to contest his removal and “explain and defend his words and actions,” the NYSBA added.

Giuliani did not immediately respond to a request for comment.

Rudy Giuliani has no business pretending to be a lawyer any longer. He disgraces the legal profession and should be disbarred.

Unsolicited advice: I think Rudy had best get a real lawyer to defend him at the disbarment hearing. https://t.co/SdpAEkfMVL

Laurence Tribe, American Constitution scholar and Harvard Law professor, reacted to the news by tweeting, “Giuliani has no business pretending to be a lawyer any longer. He disgraces the legal profession and should be disbarred.”

Tribe threw in another jab, tweeting, “Unsolicited advice: I think Rudy had best get a real lawyer to defend him at the disbarment hearing.”

It’s quite a fall from grace for the former New York City mayor, who made his name as a US attorney prosecuting mobsters, Wall Street wolves, and crooked politicians.

Giuliani has been one of Trump’s most loyal defenders and was central in the president’s attempts to discredit the investigation into Russian electoral interference and dig up dirt on President-elect Joe Biden in Ukraine, which ultimately led to Trump’s impeachment.

On Monday, in addition to the push for his disbarment, Giuliani saw the Treasury Department impose sanctions on several Ukrainians — including two who assisted him — for being part of “a Russia-linked foreign influence network” that pushed “fraudulent” claims about Biden.

Since the 2020 election, Giuliani has been Trump’s top ally in spreading false claims of widespread fraud in swing states. Still, Trump and his allies have lost more than 60 court cases in which they sought to have the election results overturned or ballots invalidated. Giuliani himself even argued in court as part of this effort.

In the days following the Capitol riot, Giuliani has vaguely condemned violence on Twitter, despite continuing to promote unfounded conspiracy theories about voter fraud and that antifa activists were involved in the attack.