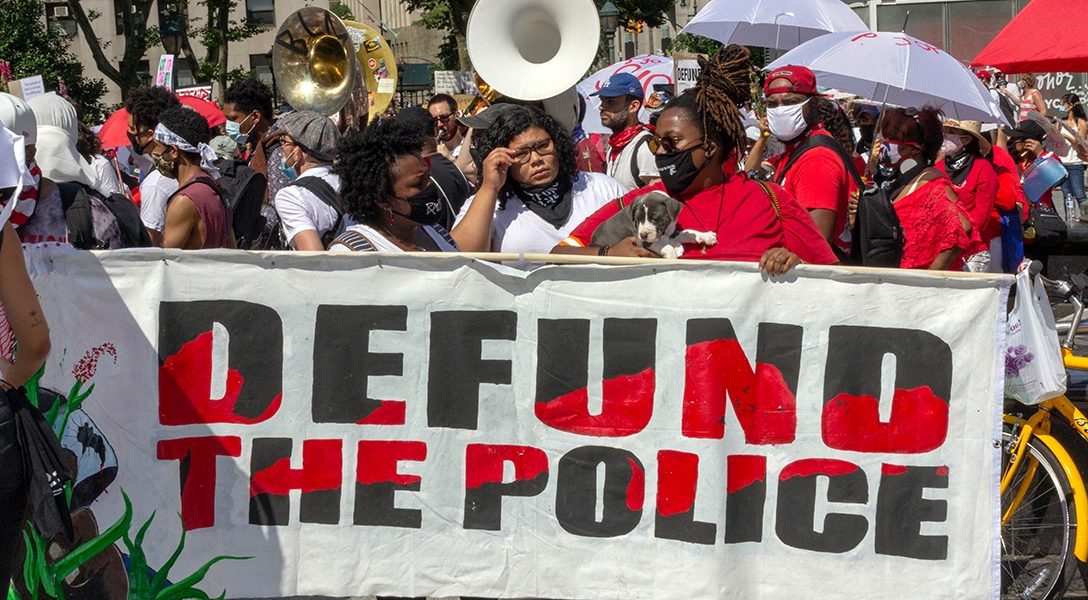 Defund the police? Whether you support or oppose the idea, it’s already happening, from big cities like New York and Los Angeles to smaller communities like Durham, NC.

Of 5,258 US police departments responding to a July survey by the nonpartisan Police Executive Research Forum, nearly half of the responding agencies reported actual or anticipated decreases to their budgets in the new or upcoming fiscal year. Most of those cuts were in the 5 to 10 percent range.

These run the gamut from relatively small reductions (and transferring those funds to other service professionals) to abolishing traditional police departments altogether. This last, more radical option is currently being debated in Minneapolis, an option triggered by George Floyd’s death.

Defund activists believe police reform should be more systematic and far-reaching. They believe previous measures, such as “community policing” or requiring officers to wear body cameras, have failed to prevent police excesses, especially in minority neighborhoods.

Mainstream opinion has always equated more police on the streets with lower crime rates. Defund advocates disagree. They point to statistics showing that of 10.6 million arrests made nationwide in 2016, only 5 percent were for violent crimes and 80 percent were for low-level offenses.

“If policing actually reduced crime, we would be a safe city,” said Megan Ellyia Green, an alderwoman for St. Louis, which has one of the highest murder rates in America. In fact, Green told WhoWhatWhy that community–cop relations were so strained that many residents, even some crime victims, don’t want to call the police.

They all said police officers and agencies were handling too many services — services that could be better handled by other agencies.

“Crisis responders, traffic response, escorting parades and funerals, no cops in the schools,” were some of the duties ticked off by Jillian Johnson, Durham councilwoman and mayor pro tem, that could be assumed by non-police.

“Over 90 percent of police calls are for non-violent disturbances … Most common are noise disturbances and erratic behavior.“

Green listed drug intervention and treatment, mental and physical health problems, and some [nonviolent] incident reports as tasks that could be “unbundled” from police departments and better handled by other social service professionals.

“Over 90 percent of police calls are for nonviolent disturbances … Most common are noise disturbances and erratic behavior,“ Rossana Rodriguez-Sanchez, Democratic alderwoman in Chicago, told WhoWhatWhy.

Most agreed that the first step for defunding is determining what services need not be handled by police. Rodriguez-Sanchez is working with the Chicago inspector general to determine the number of calls received by police that don’t require a response from an armed officer.

Johnson has asked Durham staffers to audit police calls and police department activity to determine what could be transferred to other employees.

The office of New York City Comptroller Scott Stringer, responsible for overseeing the city’s budget, has called for limiting NYPD officers to certain types of interventions — and transferring responsibility for handling individuals experiencing a mental health crisis, or homeless people with difficulties, to other agencies.

Most of those interviewed believe curing underlying social issues, such as low incomes, lack of educational and job opportunities, and a shortage of affordable housing are the biggest factors in antisocial behavior.

Hartford City Council member Wildaliz Bermudez of the Working Families Party told WhoWhatWhy that poverty and crime rates are directly correlated. She also pointed out that while Hartford has double the per capita rate of police officers compared to the national average, that hasn’t translated into a lower crime rate for the city.

AOC on increased NYC crime: "Maybe this has to do with the fact that people aren't paying their rent & are scared to pay their rent & so they go out & they need to feed their child & they don't have money so… they feel like they either need to shoplift some bread or go hungry." pic.twitter.com/oHSTWWJZ6a

While Chicago, St, Louis, Hartford, New York and Durham have some social issues in common, they also have some unique problems, reflected in how leaders in those cities would spend money diverted from police departments.

For example, because of the opioid and heroin epidemic in St. Louis, Green wants to prioritize diverting police funding into drug treatment programs.

With gun violence as one of the worst problems in Chicago and Durham, the two alderwomen from those cities want to divert police funding into staff for violence interruption and intervention. Violence interrupters are people, usually from low-income neighborhoods, who use their street credibility and conflict mediation skills to short-circuit any potential violent conflicts. “Prevention and intervention are far more effective than after-the-fact treatment,” said Johnson.

The New York City Comptroller’s Office reported that in 2018 alone, the NYPD received more than 179,569 calls related to mental health emergencies. Yet it was not until last year that the city committed to deploying mental health clinicians to these calls alongside police.

And while the defund movement is relatively new to the political scene, advocates believe there are enough successful models for them to draw upon. For example, under its CAHOOTS program, Eugene, OR, has invested millions of dollars in teams of counselors, social workers, and paramedics who often respond to crisis situations instead of armed police.

Denver launched a similar policy, in which most mental health-related calls are handled by a mental health clinician and paramedic.

Opponents of defunding say that cutting police budgets will result in more violence and civilian injuries. In 2010, after budget cuts forced the layoff of Illinois motorcycle traffic police, critics said the result was a statewide increase in fatal traffic accidents.

Despite such criticisms, there are signs that the defund movement has been gaining momentum:

There have also been setbacks. In June, Bermudez pressed for a 21 percent cut in the Hartford police budget. The reduction in the final budget was only about 2 percent, about a tenth of what she initially proposed.

“There is nothing that says to our youth, we are investing in you, we are going to give you more resources … when you look at the breakdown of the budget,” said Bermudez.

Even with these actions, Durham, Chicago, New York City, and St. Louis still spend much more on traditional policing than for social services and community investment. But in upcoming budget hearings, local reformers may have the momentum to make further changes.

Advocates believe the turbulent summer has shifted the national mood on criminal justice, but surveys show skepticism remains about the defund movement. A recent nationwide Washington Post-ABC News poll of adults found that 55 percent opposed moving funds from police to social services, a finding in line with other polls.

The defund movement even faces opposition from some local leaders in strongly blue cities.

Another concern, especially in an election year when candidates are searching for hot-button issues, is an alarming surge in big-city murders. A July analysis of 25 cities with more than 250,000 residents found overall crime had dropped 5.3 percent compared to the same period in 2019, with violent crime down 2 percent. However, murders have increased in 20 of the cities.

The defund movement even faces opposition from some local leaders in strongly blue cities. Washington, DC, Mayor Muriel Bowser ordered a huge “Black Lives Matter” painted on a street near the White House, partly to embarrass the Trump administration; nevertheless, she has proposed and still supports a budget that increases police spending by 3.3 percent.

However, a high-profile 2020 race for DC City Council gave advocates hope. Janeese Lewis George ran against a well-funded incumbent on a strong defund platform. Her campaign was hit with a series of mailers claiming she was anti-police. Nevertheless, she won her primary by almost 12 points, tantamount to election in this strongly Democratic city.

Similarly, when Rodriguez-Sanchez challenged an entrenched incumbent and scion of a prominent political family for a seat on the Chicago City Council, she was accused of being anti-police and pro-crime. After explaining to voters how the cost of police compared to funding for social services, and the dismal results that traditional policing was achieving, many minds were changed. Rodriguez-Sanchez upset her primary opponent by a close margin in 2019.

Future success for defund advocates will likely depend upon convincing voters that reducing funds for traditional police departments and reinvesting in social services is the best way to protect public safety.

“I want to make sure we have city services in place that can take work from the police,’’ said Johnson. “People won’t support these kinds of initiatives if service delivery suffers as a result.”