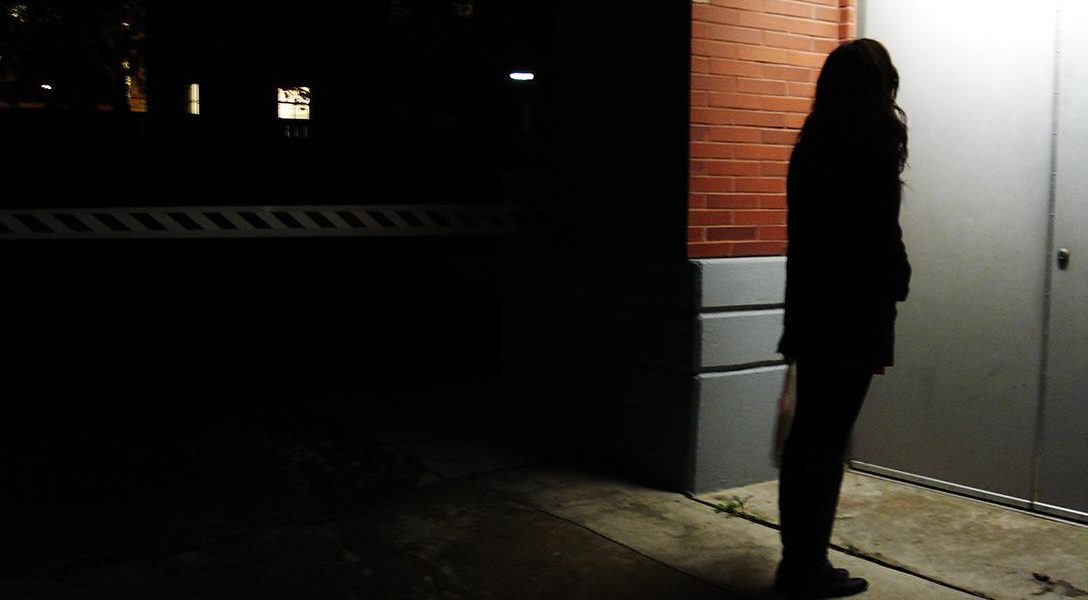 When people think of the campus rape crisis, what comes to mind is budding alpha males taking advantage of drunk or drugged female students. But sexual violence in college is a problem that extends beyond fraternity parties and sports bars.

The media spotlight on campus rape in such settings has certainly helped focus public attention on sexual assault as a pressing social issue. The case of the Stanford swimmer getting off with a light sentence after raping an unconscious woman and the recent Baylor scandal are examples that feed perceptions and show why the so-called jock culture has become a focal point of concern on college campuses.

Many had hoped that Title IX, the law that prohibits discrimination on the basis of sex at “any education program or activity receiving Federal financial assistance,” would help.

But sexual violence on college campuses remain a serious problem. Cracking down on hypermasculine environments, like fraternities or athletics, alone won’t stop it. Because it’s not just about jocks and would-be jocks.

On January 11, 2016, Allie* was raped at a college debate tournament in Salt Lake City. Her alleged rapist: a male student at the University of Texas at Tyler.

On March 19, 2016, a UTT student named Abby* claimed that the same man had raped her and multiple women at Tyler — and at other campuses as well.

This evidence of rape culture in the intellectual community of college debate proved to be only the tip of the iceberg. A poignant document circulated by activists in the community, #WelcomeToOurDebate, included dozens of stories of harassment and assault involving teammates, coaches, and competitors.

Despite the widespread allegations of Title IX violations in the debate community, many colleges apparently pay little or no attention to these teams. Most receive no Title IX training and few schools maintain channels of communication with the National Parliamentary Debate Association (NPDA) — the main organization for parliamentary debate in the United States.

A statement posted by the administrators of NPDA on June 1st acknowledged the severity of the issue, asking for community input on new policies being drafted to address sexual harassment and assault within the world of college debate.

There’s little doubt in the community of college debaters — and debate administrators — that gender violence is widespread, perhaps even more pervasive than in frat culture.

But what happened to Allie after she filed a complaint against her alleged attacker demonstrates why victims typically have little faith in Title IX protections.

Allie was not raped on her home campus, where jurisdiction and authority are at least clear-cut. The debate tournament venue, in Salt Lake City, attracted participants from over 100 colleges.

All extracurricular programs, like debate — which thousands of colleges foster and give scholarships in are subject to Title IX enforcement. Yet, there is little to no intercollegiate coordination or any structure for establishing jurisdiction when students are assaulted while visiting another campus. Monica*, a former community-college student and now at the University of California at San Diego, repeatedly encountered gender-based discrimination, including sexual harassment, in the debate community. What made her experiences even more upsetting was her lack of information about her rights. “I didn’t even know about Title IX,” she says. “I never received any guidance or training.”

Allie, on the other hand, did learn about Title IX through her personal research, but just knowing about it did nothing to help her. Rather than coordinating with her school’s Title IX office, the administration at the University of Texas at Tyler contacted her personally, via Facebook. The school then deemed her complaint “irrelevant” because of the seemingly upbeat social-media comments she posted in the days after the assault, as well as her unwillingness to communicate without the assistance and supervision of her own school’s Title IX office — the very institution that typically oversees compliance with sexual-behavior guidelines.

Debate certainly isn’t the only “nerd culture” where sexual harassment and worse has been reported. Because extracurricular activities like Model UN and academic honor societies don’t fit preconceived narratives of communities where rape and assault occur, they often go ignored — with serious consequences for victims.

When female college students are surveyed as a group, one in five reports being assaulted in college. Yet over 90% of them don’t report it. Three of ten women who are raped in college develop lasting emotional consequences, such as PTSD, that can have devastating effects on their personal, professional, and academic lives.

The story of Abby, who currently attends the University of Texas at Tyler, illustrates the bind that rape victims find themselves in. Excluded from critical relationships with mentors in her honors program after she complained of of sexual abuse, she was shocked to discover that her mentors sided with her alleged abuser.

“After becoming vocal about my experiences, it became nearly impossible if not damaging to even attempt to approach them with the intention of returning as a normal student,” she said.

Retaliation, whether social, financial, or grade-based, is prohibited by law under Title IX. But many students in Abby’s circumstances don’t know that. “I was absolutely NEVER briefed on anything Title IX related or anything for that matter. Nothing about safe alcohol use, safe spaces, or what to do if you are abused.”

In a world where only 2% of rape accusations are proven false — about the same as other felonies — the treatment of assault victims who come forward is seriously flawed.

The University of Texas at Tyler’s Title IX office did finally investigate claims of sexual abuse on campus. Multiple witnesses came forward to lend credibility to Abby’s story. The perpetrator was independently described as a “sociopath,” “monster,” and “repeat offender” by other victims, yet all this testimony was deemed irrelevant by the university.

When reached for comment, the University of Texas at Tyler issued a statement indicating that Title IX training is “available” to students through a variety of mechanisms, including an online portal. The statement did not address whether the training was mandatory or how testimony is deemed relevant in investigations.

The routine dismissal of victim testimony in Title IX hearings is all too common. Miranda Rowley, a recent graduate of St. Mary’s College of California, recalled her own experience. in which investigators acted demeaningly towards her and asked her questions that tended to place the blame for the assault on her.

One investigator asked her if she were “the type to get flirty when she was drunk. It was the worst process I’ve ever experienced.”

When Miranda wrote her senior thesis on assault, she found widespread dysfunction at Title IX proceedings. Over 50% of the students she surveyed said they had no idea of their rights during and after reporting assault. While the thesis-writing experience was cathartic and empowering for her, one of the responses she received was from a friend of her own attacker. It was a menacing note accusing her of being a liar.

The perceived failure of Title IX offices to properly address complex and non-traditional cases of sexual assault and harassment is a major reason victims don’t come forward in the first place — which further  perpetuates rape culture on campuses.

The failures of Title IX enforcement also affect the general campus population — people who aren’t involved in any kind of extracurricular activities. Sarah*, a student at Sierra College in California, said she faced persistent assault and harassment while walking to and from class — with men grabbing her clothes or arms, a form of street harassment that has spawned numerous national campaigns yet remains relatively ignored at colleges.

When she asked campus security to walk her to her car at night to avoid the harassment, they refused. Now she carries pepper spray.

When asked about her awareness of Title IX, she was surprised to learn that there was a set of rights guaranteed to her. “The only signage we have about sexual assault and harassment is a flier in the girls’ bathroom behind the hand drier,” she noted.

The flier gives the phone number of a private therapist who charges by the hour. There is no information about campus resources or how to report harassment and assault, no phone number for the school’s Title IX coordinator — and no list of victims’ rights.

When asked for comment, Sierra College representative Susanne Michaels noted that the school was in the process of expanding its Title IX awareness training — which currently includes a mandatory section in student orientation. She also referred to a statement on Title IX rights on the Sierra College website.

The Department of Education’s Overview for Title IX Procedural Requirements notes that the law requires a notice of nondiscrimination be posted, a Title IX coordinator be designated, and for colleges to adopt and publish accountability measures for “equitable” resolution. Within those categories are measures such as ensuring that students have access to the statements and a clear understanding of jurisdiction of sex crimes and a full understanding of their rights.

But it’s become increasingly clear that many students do not have a clear understanding of their rights. While efforts have been made to ensure that high-risk environments such as fraternities go through mandatory Title IX and consent training — to teach students basic principles such as “yes means yes” and “no means no,” the majority of students at most colleges have been left on their own. Even where schools have instituted  mandatory alcohol-and-sexual-assault awareness training, it’s frustratingly limited: students receive the training once, upon entrance to the school. Within a year, people forget even the most basic rights that were supposedly instilled in them.

Furthermore, these trainings aren’t “specific” to academic environments and tend to revolve around frat parties — an approach that clearly fails to address the complexity of rape culture on campus.

Attempts to reform Title IX office practices at the federal level have stalled. The Campus Accountability and Safety Act, a bill aimed at providing additional resources for victims, has yet to pass Congress. And even its provisions do not mandate campus-wide Title IX training for all students.

If only a select part of the student body is trained in their rights, the rest remain unprotected. Among those will likely be many of the victims who fail to report sexual harassment and abuse, either because they are unaware of their rights or because they do not trust the current Title IX process to bring them justice.

*Names of some victims have been changed or shortened  to protect their confidentiality.

Kate Earley is a graduate of the University of the Pacific and an advocate against rape culture in the collegiate debate community.