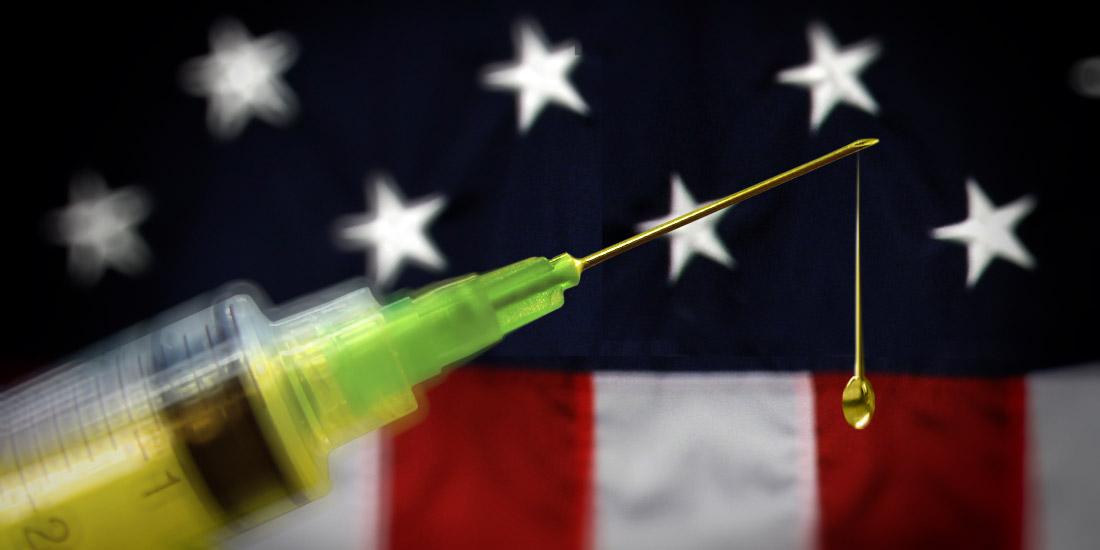 Dzhokhar Tsarnaev has been sentenced to death for his role in the Boston Marathon bombing, though important FBI statements were never heard at trial. Photo adapted from: ZaldyImg / Flickr
Criminal Justice Deep State Government Integrity

Boston Bombing Core Mystery: Why are Feds Not Interested in this Man?

Now that Dzhokhar Tsarnaev has been sentenced to death for his involvement in the Boston Marathon Bombing, and the lengthy inevitable Death Row appeals process begins, the investigative work for conscientious journalists continues as well.

As readers of WhoWhatWhy know the case is chock full of unresolved issues, inconsistencies, and anomalies that cast doubt on whether we learned even the most basic truths of what happened on April 15, 2013, or why. Perhaps most troubling is the FBI’s successful effort to minimize its prior relationship with Tsarnaev’s dead older brother, Tamerlan—a relationship that demands focused attention because of the Bureau’s long, documented history of placing its own assets inside violent plots as infiltrators or informants. A cast of “highly interesting” secondary characters have behaved oddly enough that any serious inquiry would focus on them.

One in particular draws our attention: a Chechen native who immigrated with his family to Chelsea, MA in 2004, Viskhan Vakhabov. He received a telephone call from Tamerlan Tsarnaev, the bombings’ alleged senior conspirator, at an incredibly important moment: right before Tsarnaev allegedly shot an MIT patrol officer.

Yet federal authorities have bizarrely shown almost no interest in Vakhabov. Indeed, the FBI and Justice Department seemed only too glad to let the man avoid testifying in Dzhokhar Tsarnaev’s trial. It is hard to see why those seeking the truth could possibly not consider Vakhabov crucial. The government appears to be shielding a man who may have crucial knowledge about the case, which supposedly was a “lone wolves” operation limited to the two brothers.

“I don’t have any comments or anything to talk about,” Vakhabov told WhoWhatWhy via phone.

Earlier, the government said that Vakhabov lied to the FBI about “matters of great import” relating to the Boston bombing investigation, according to a court transcript. But when Vakhabov refused to testify in court, citing his Fifth Amendment right to avoid self-incrimination, the prosecution fought to keep his FBI statements from being admitted into evidence. Reporters line up outside the courthouse in Boston where the Marathon bombing trial took place. None have yet spoken with Viskhan Vakhabov, who declined to testify at the trial though he received a phone call from the convicted bomber immediately following the attacks. Photo credit: Jill Vaglica

What could possibly be self-incriminating about Vakhabov’s statements to the FBI, if the Tsarnaevs (as the government claims), acted alone? Vakhabov spoke with the Tsarnaev brothers on their secret cell phones two hours before the carjacking on Brighton Avenue. Could Vakhabov have been in any way involved? If so, why hasn’t he faced any criminal charges?

Particularly interesting is that the government heavily redacted Vakhabov’s FBI 302 interview summary form. It could contain crucial and “self-incriminating” information relating to the bombing investigation—and specifically, the carjacking allegedly perpetrated by the Tsarnaevs after video with their images was released by the FBI three days after the bombings.

In order to justify that Vakhabov should be dismissed as an unreliable witness, prosecutor William Weinreb revealed in court some tantalizing facts about him. “I think it’s undisputed that Tamerlan Tsarnaev contacted him on April 18th, I believe, between the time that Officer Collier was murdered and the time that Dun Meng was carjacked,” Weinreb said. “And he has given quite inconsistent statements about what that conversation was about and about what Tamerlan Tsarnaev may have asked him or said to him.”

Why would Tamerlan Tsarnaev contact this man—or any person—while subject to an intense manhunt? Obviously, that call should have been important to investigators, perhaps even a crucial indicator of a larger conspiracy.

That phone call wasn’t even the only significant interaction between the two. According to phone records released by the DOJ last month, Weinreb failed to mention that the Tsarnaevs called Vakhabov from the prepaid “burner” cell phone account they opened in order to coordinate the bombings. Vakhabov is the only person they spoke with using the “burner” phone. Why did the brothers deem it acceptable to contact Vakhabov with this cell phone? If he had nothing to do with their actions, why not just call his number on their regular cell phones?

Last month, FBI Special Agent Chad Fitzgerald testified that Dzhokhar, or at least the phone registered under the name “Jahar Tsarni,” placed an 88-second call to someone at a number in the 617 (Boston) area code. This number traces back to Vakhabov. It was the first call Dzhokhar made on this burner cell phone since the day of the bombings. And, according to phone records released in court, Vakhabov’s number is the only one Dzhokhar called on this phone (other than his brother Tamerlan) since he opened the account on April 14.

Vakhabov has registered numerous websites to the address of 26 Park Vale Avenue, Allston, which is more or less a five-minute walk from the spot where Tamerlan allegedly carjacked Dun Meng’s Mercedes at 60 Brighton Avenue.

Given his proximity in time and location to the Brighton Avenue carjacking, could Vakhabov know more about the brothers’ plans or in some other way be connected?

Despite the wave of arrests, brutal profiling, and harsh crackdown on Tsarnaevs’ former friends for the slightest infraction in the FBI’s Boston bombing investigation, the government decided to let Vakhabov go. It also heavily objected to admitting his 302 FBI interview report into evidence at Tsarnaev’s trial, despite the fact that this report contains statements of “great import,” according to the government itself. Why?

Vakhabov remains free, and the government has acted to keep his “self-incriminating” statements to the FBI from being admitted into evidence at court. This kid-glove treatment is in sharp contrast to the way the feds have treated Khairullozhon Matanov and Robel Phillipos, two former friends of the Tsarnaev brothers who have been charged with lying during a terrorism investigation.

Matanov allegedly called the Tsarnaevs 40 minutes after the bombing, and invited them to dinner. He initially lied to the FBI about the fact that he had driven the Tsarnaevs to dinner, downplayed the extent to which he shared a similar philosophical justification for jihad as the suspected bombers, and deleted his computer history during the week of the bombing, according to his indictment. Downplaying one’s religious and philosophical views does not violate any laws; indeed, it’s a First Amendment right. Through these actions, the government claims Matanov intentionally misled investigators and destroyed evidence. But was Matanov’s computer history as important to the Boston bombing investigation as Vakhabov’s misleading statements to the FBI?

Where are the witnesses?

Other potentially important witnesses seem to have vanished from public view. One is the man who attended the Wai Kru gym with the brothers three days before the attack. He is now identified as Magomed Dolakov. After meeting Tamerlan Tsarnaev at a mosque in August 2012, one month after the elder Tsarnaev returned from a six-month trip to Russia, Dolakov regularly discussed radical Islam with him. Is this not a matter of great import?

Tsarnaev’s defense had hoped to utilize Dolakov’s 302 report, but it too is unavailable, according to the court trial transcript. Neither the government nor the defense can locate Dolakov, Dzhokhar Tsarnaev’s defense attorney Miriam Conrad told the court.

Given the extensive surveillance and even harassment of the Tsarnaevs’ former friends and associates by the the FBI, the inability of the government to learn Dolakov’s whereabouts is striking. Investigators used a single spy drone to monitor Tamerlan Tsarnaev’s friend Khairullozhon Matanov at his home in the Boston suburb of Quincy for over a year after the bombing. This surveillance led to his arrest in May 2014, and to his guilty plea to the charge of making false statements in a federal terrorism investigation. Clearly, the authorities have the surveillance resources to locate Dolakov, if they wanted to. So why the hands-off treatment? If Dolakov had any prior knowledge of the marathon attacks from his regular discussions about jihad with Tamerlan Tsarnaev, why would the FBI not be interested in him? Could he have been an informant for the FBI? Given that Dolakov met Tamerlan Tsarnaev at the mosque right after his return from six months in Russia, odds say it’s possible.

Is the government really unable to locate these witnesses? Are they under any sort of protection? If yes, from whom, and for what purpose?

Who is the third friend?

Dolakov reportedly told the FBI that he and Tamerlan Tsarnaev hung out with an unnamed third friend and discussed topics relating to Islamic terrorism.

In August 2012, according to Boston.com, “Dolakov said he and Tamerlan went to a Quincy mosque together, after which they relaxed on a nearby beach with a third friend and discussed a recent suicide bombing.”

Khairullozhon Matanov lived and worked in Quincy. Could he be that unnamed “third friend”? If yes, what could he know about the relationship between Magomed Dolakov and Tamerlan Tsarnaev? Why did the FBI monitor Khairullozhon for over a year after the bombings before arresting him? Were they afraid Matanov would blow the whistle on matters of great import?

“The FBI is trying to destroy my life,” Matanov wrote to the Daily Beast last fall.

Historically, the FBI has targeted Muslim immigrants like Matanov to recruit informants. Refusing such recruitment is often a choiceless choice, with some recorded instances of the FBI torturing those who refuse.

After refusing to wear a wire for the FBI to speak with a former friend of Tamerlan Tsarnaev, another Chechen friend of Tamerlan, Konstantin Morozov, was detained. Morozov told the Boston Globe that the FBI offered to accept his application for political asylum if he cooperated.

Despite the official narrative adamantly claiming that the Tsarnaevs were lone wolves, the specifics of the FBI’s investigation show evidence to the contrary. There have been eight reported instances in which the Tsarnaevs’ friends and associates have faced charges for allegedly helping the brothers and misleading the FBI in its investigation.

Dias Kadyrbayev and Azamat Tazhayakov were charged in May 2013 with obstruction of justice and conspiracy after Kadyrbayev allegedly removed from the younger Tsarnaev’s dorm room and threw away a Jansport backpack that had shortly before been emptied of illegal fireworks. But, Assistant US Attorney B. Stephanie Siegmann said neither of the friends’ DNA was found on it.

Dzhokhar’s friend Phillipos denied knowledge that Kadyrbayev and Tazhayakov had removed the Jansport backpack from Tsarnaev’s UMass Dartmouth dorm room. Phillipos now faces up for 16 years in prison for these statements to the FBI.

If Vakhabov lied to the FBI about matters material to the investigation, why does the government refuse to prosecute him, while expending great time, effort and expense to imprison all these other men on what appear to be petty matters?

Correction: An earlier version of this article was incorrectly edited to include an erroneous reference to an additional call to Mr. Vakhabov. In fact, Tamerlan Tsarnaev called Vakhabov only once (using Dzhokhar’s phone)—on April 18.