Last summer, as protesters across the nation filled streets and squared off with police after George Floyd’s murder, Delaware Gov. John Carney (D) huddled with state lawmakers, law enforcement officers, and other stakeholders to figure out how to improve police-community relations — and avoid their own George Floyd fiasco.

A year later on July 21, Carney signed into law one solution, which he hailed as a significant reform measure: mandatory body cameras for all state law enforcement officers.

Delaware became the seventh state in the US since 2015 to mandate body cameras for all police — and the latest government entity to put great trust in body-worn cameras (BWCs) to improve frayed relations between the police and the public.

“The stakes are really high,” Carney said at a press conference called to mark the bill’s signing, adding that cameras will create “critically important … trust” between “law enforcement and the communities they serve.”

The problem is — according to criminal justice researchers and data from police watchdog agencies — body cameras don’t work like that.

“The way BWCs are currently being used may not substantially affect most officer or citizen behaviors.”

While citizen complaints are generally reduced in jurisdictions that introduce cameras, according to research, cameras don’t necessarily improve policing — or the public’s view of police.

“Law enforcement agencies have rapidly adopted BWCs in the last decade with the hope that they might improve police conduct, accountability, and transparency, especially regarding use of force,” researchers from George Mason University’s Center for Evidence-Based Crime Policing (CEBCP) wrote in a study published last year.

Instead, “[t]he use of BWCs does not have consistent or significant effects on officers’ use of force, arrest activities, proactive or self-initiated activities, or other measured behaviors,” the researchers wrote, adding, “the way BWCs are currently being used may not substantially affect most officer or citizen behaviors.”

Yet that hasn’t stopped Carney and other elected officials from placing great trust in body cameras as a response to the anger and frustration that boiled over following Floyd’s murder — despite Floyd being possibly the best object lesson that, by themselves, body cameras are no panacea.

The officers involved in Floyd’s murder were all wearing body cameras. That didn’t stop former Officer Derek Chauvin from kneeling on Floyd’s neck until he died. And the presence of cameras didn’t stop Chauvin and his colleagues from filing a misleading initial report, in which they falsely claimed that Floyd died after a medical emergency.

And the police body camera footage may never have surfaced if it wasn’t for a cell phone video recorded by a bystander that showed Chauvin used his knee to pin Floyd’s neck to the ground for 9 minutes and 29 seconds. 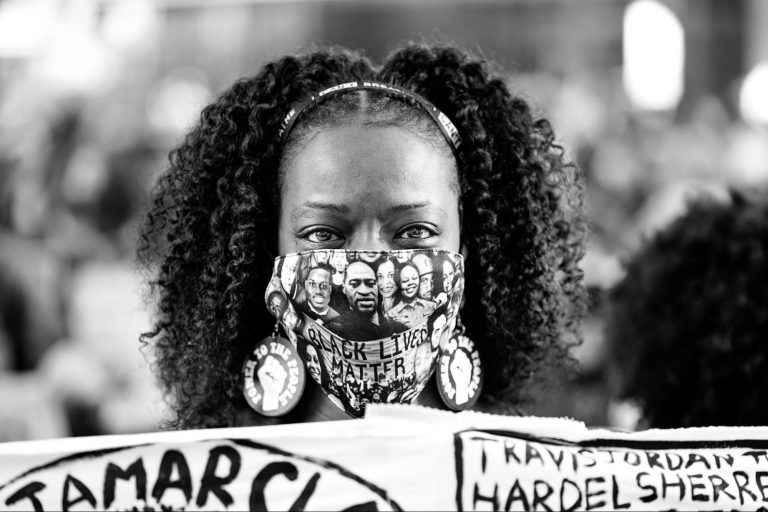 In a sense, George Floyd’s murder wasn’t supposed to happen; five years earlier, the murder of Walter Scott in North Charleston, SC, resulted in more police across the country having to wear body cameras while on duty, filming each interaction they had with the public. And, in theory, filmed police were supposed to make for better police.

In April 2015, Scott, a 50-year-old Black man, was shot in the back and killed by North Charleston police Officer Michael Slager. After initially claiming Scott had seized his stun gun during a struggle — a lie revealed thanks only to an anonymous bystander who filmed the unarmed Scott running away — Slager was charged and convicted of murder.

The belief was that when cops have body cameras, “everyone behaves better,” as the final report from the Obama administration’s Task Force on 21st-Century Policing claimed, part of the justification for President Barack Obama’s proposal to spend $263 million to buy 50,000 body-worn cameras for American cops.

In the last six years, thousands of the country’s 17,000 law enforcement agencies have adopted body cameras as standard-issue equipment for patrol officers, possibly the most visible and prevalent shift in American policing.

Law enforcement’s embrace of body cameras has only broadened under President Joe Biden. The US Justice Department reversed long-standing policy and is now mandating cameras for federal law enforcement officers working with local police on task forces. US Border Patrol agents working the southern frontier with Mexico will also receive cameras under a recent mandate.

After Scott’s murder, South Carolina became the first state to mandate body-worn cameras for all sworn officers on patrol (though notably, the state didn’t provide law enforcement agencies any extra funding to acquire them). Since Scott’s killing, six other states have followed hundreds of county sheriffs and urban police departments — including New York’s, the nation’s biggest — in ordering patrol officers to wear body cameras.

For critics, George Floyd’s murder serves as proof of the misguided belief that bodt cameras would change policing. While most data suggests that use-of-force complaints are reduced when a police department adopts body cameras, critics — including Anthony Scott, Walter Scott’s brother — claim ubiquitous body cameras have failed to deliver on their promise.

Instead of stopping bad policing, there’s often now just more video of the same problematic conduct, filmed from multiple angles. Or, in the worst case scenario, there are cameras but there’s no footage, with officers’ claims that cameras were malfunctioning or accidentally not activated, sometimes not even triggering any punishment (though not always).

Meanwhile, footage that supports officers manages to appear, according to critics.

In South Carolina, Knaack pointed out, police can review footage before filing a report and can deny public access to camera footage in most circumstances — and don’t face significant punishment when they fail to activate cameras.

In some circles, there’s still trust in cameras. Supporters argue they work, but they just need to be used differently. In South Carolina, after several police shootings since 2017 somehow weren’t captured on video, lawmakers began pushing to reform rules specifying how body-worn cameras are deployed.

A bill introduced this year would make it a misdemeanor to delete or alter a video. It would also mandate officers to activate cameras “in a reasonable time frame,” and allow trial judges to tell juries they may “infer negligence if an officer-worn body camera failed to produce a video.” That bill is sitting in committee, waiting to be heard. 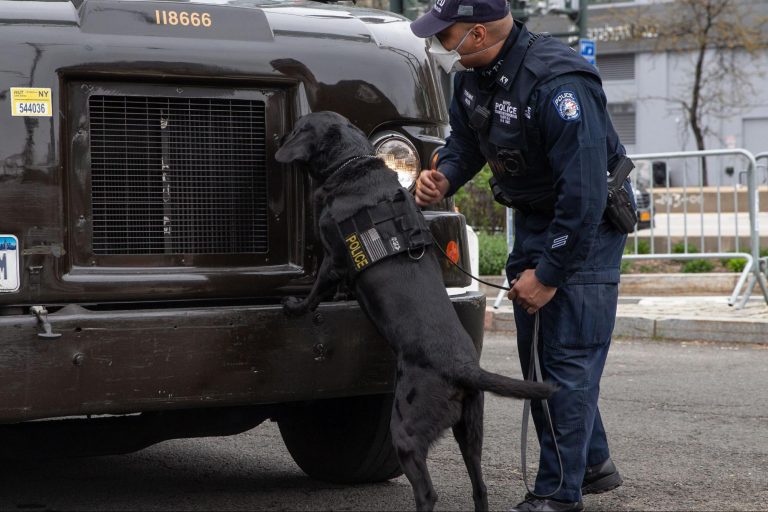 In New York, despite the NYPD creating a reported “130,000 videos a week,” video still fails to appear in instances where the public alleges police misconduct.

That backlog was later resolved, the CCRB said in its most recent semiannual report, but the NYPD can still take 90 days or longer to produce video. And in the first half of 2020, the most recent data available, the NYPD reported no video available in 25 percent of complaints.

To critics like Knaack, South Carolina’s experience demonstrates that “how” cameras are deployed matters — and that with 17,000 different law enforcement agencies in the US, each with its own set of rules and regulations around body cameras, there will be different outcomes.

But most experts agree that even if South Carolina beefed up its body camera law, it’s unrealistic to expect cameras — or any other technological innovation — to “fix” problems in American policing.

This is partly because cameras don’t shift the public’s perception of police — who remain popular among most Americans.

Beliefs and attitudes around law enforcement — including trust and faith in the police, whom a majority of Americans say they trust, even more than the media or Congress, according to a Gallup poll — “are formed over long periods of time,” as monitors assigned to oversee the New York Police Department put it last year in an analysis of New York City’s body-worn cameras. (And even New Yorkers, who are split on the question of cutting police budgets, favor more cops on the streets by a significant margin, according to a Manhattan Institute poll published in June.)

‘It takes much more than the deployment of [cameras] for a year to change those perceptions,” they added.

Other researchers believe that blind faith in cameras was simply misguided. Pinning hope of police reform on cameras was bound to fail. This is partly because most police do follow the law and behave lawfully, and that’s what most cameras record, according to William Sousa, a professor of criminal justice at the University of Nevada Las Vegas (UNLV), where he chairs the Center for Crime and Justice Policy.

“When we ask the question, ‘Do cameras work?’, really the question is, ‘What outcome are you seeking to achieve?’” he said. Was it to eliminate police shootings or improve community-police relations — without instituting retraining, or other reforms — or was it to merely provide a video recording of interactions? The latter is the reasonable outcome. The former is not. And yet that’s the hope some lawmakers and the public still have in cameras. 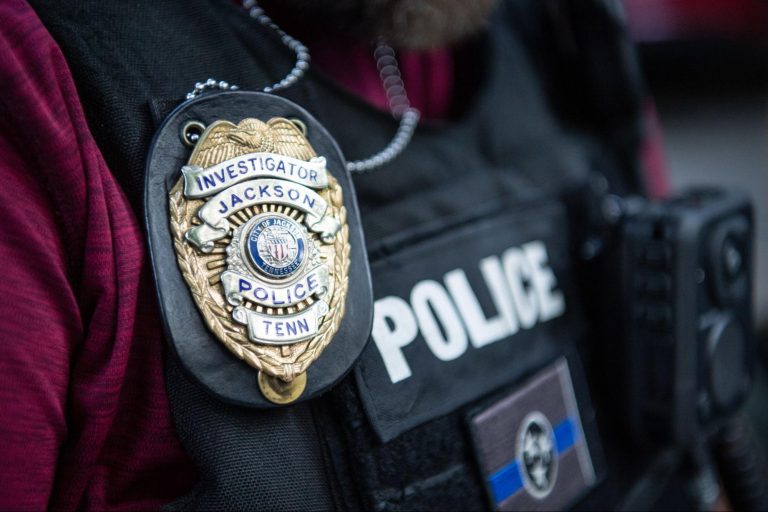 Sousa led research at UNLV that showed use-of-force complaints went down when officers were equipped with cameras. He also found that officers who were issued cameras wrote more citations and made more arrests, supporting earlier beliefs that police would decline to exercise “officer discretion,” and are now punishing minor infractions, because they were caught on video. More arrests wasn’t what police reformers wanted, either.

“Generally speaking — and believe me, there are many exceptions to this — but when police take action, generally, it is appropriate action,” Sousa added. “So indeed, cameras tend to support the police more than it does others.”

“We want body cameras for the low frequency, high profile events,” he added. “The problem is those are very low frequency events. Those things don’t happen a lot.” And absent something out of Minority Report, it is difficult to imagine a technological intervention likely to eliminate policing’s worst outcomes — fatal shootings of unarmed Black civilians by white police.

That’s certainly the case in Delaware, which expanded the use of body cameras. On January 13, 30-year-old Lymond Moses was shot and killed by police in his vehicle in Wilmington. According to a press release issued hours after the shooting, Moses was fleeing officers and was driving “at a high rate of speed directly at the officers” when they shot him.

Except that’s not what happened. Instead, Moses was driving around and away from the officers, according to his family and the Delaware chapter of the ACLU. How do they know this? Because of video footage — recorded by the officers who were wearing body cameras when they shot him.