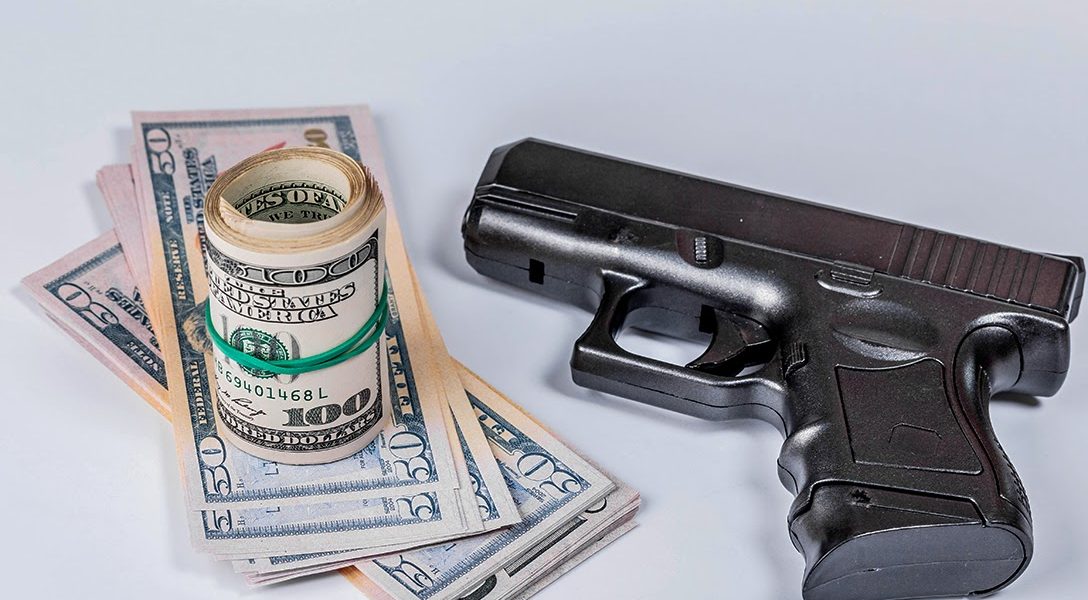 The COVID-19 pandemic and the protests following the killing of George Floyd have brought the US to new heights of anxiety and unrest, leading to spikes in gun purchases. Since the outbreak of the virus in March, gun shops and ammunition dealers have reported massive increases in sales, as well as a surge in first-time gun purchases.

Because of loopholes in the FBI’s National Instant Criminal Background Check System (NICS), a substantial number of those guns may fall into the hands of people with criminal records or a history of domestic abuse or mental illness.

The NICS, mandated by the Brady Handgun Violence Prevention Act of 1993 and launched in 1998, is a system for determining if a gun purchaser’s name and birth year match those of a person who is not eligible to buy. After a prospective purchaser completes the NICS form, the licensed seller initiates the check via phone or online. Most checks are completed in minutes, but if a determination is not made within three business days the purchase may still be completed.

On March 16 — the day President Trump and the CDC announced that gatherings of 10 or more people would be prohibited — the background check system saw a 300 percent increase over that date in 2019.

This May, more than 3 million background checks were conducted, whereas in May 2019 the number was 2.3 million. Reports from gun shop owners show an even greater increase in the first days of June, during the protests, as sales to first-time buyers surged.

What these figures don’t tell you is how many guns were purchased without a background check.

While more than 90 percent of the American public supports background checks for all gun sales, a dangerous loophole within federal gun laws permits licensed dealers to sell guns without completing mandatory background checks.

The loophole is nicknamed the “Charleston Loophole” after Dylann Roof, the shooter at Emmanuel AME Church in Charleston, SC, who obtained a gun without a completed background check and went on to kill nine people.

“The statutory provision referred to as the Charleston Loophole is the provision that says the FBI has 72 hours to complete a background check once it is initiated,” Jake Charles told WhoWhatWhy. “If the FBI does not complete it within that time, a gun dealer may proceed with the sale.”

Charles, executive director of the Center for Firearms Law at Duke University School of Law, is widely regarded as an expert on firearms law and the Second Amendment. Charles explained that the huge spike in gun sales since the outbreak of COVID-19 in the US has had a profound effect on the background check system.

“The surge in gun sales during the past several months adds to the number of background checks that need to be completed,” Charles said. “With more sales, there are going to be more background checks that require more than 72 hours to complete … and stores proceed with a sale even though the check has not been cleared.”

This new surge adds to the frightening statistics in a 2017 report released by the Giffords Law Center to Prevent Gun Violence (GLC) — at that time, an estimated 22 percent of US gun owners obtained their most recent firearm without any background check at all.

While 19 states have taken actions to close or narrow the Charleston Loophole, the law still allows a bypass in background checks after the three-business-day period.

“If checks cannot be completed within the 72 hours and the state does not itself impose either a waiting period or longer time to allow completion of checks,” Charles said, then more individuals who are unqualified to possess guns “may be obtaining them.”

Unlicensed Dealers Are Not Regulated

The background check loophole lives in an amendment to the Gun Control Act of 1968, which states that persons “engaged in the business” of firearms must be licensed. The term “engaged in the business” was an addition made in 1986 to the original bill as part of the McClure-Volkmer Act, or the Firearms Owners’ Protection Act. Congress defined the term “engaged in business” to mean “a person who devotes time, attention, and labor to dealing in firearms as a regular course of trade or business with the principal objective of livelihood and profit through the repetitive purchase and resale of firearms.”

This wording makes it possible for unlicensed dealers to sell firearms without following necessary procedures — if they pass themselves off as collectors or hobbyists.

Twenty-two states and the District of Columbia have extended the background-check requirement to include some private sales. In states that do not specifically close this second loophole through further legislation, unlicensed sellers (those selling guns privately, at gun shows, or online) are not required by federal law to perform checks.

A recent national survey found that 45 percent of gun owners who acquired a gun online in the past two years did so without a background check. A GLC report released in 2019 stated that private gun purchases from unlicensed sellers “in online chatrooms, social media sites, auctions, and classified ad platforms” are growing in number.

Armslist.com — a popular web platform for gun classifieds — had 1.2 million ads in 2018 alone for firearm sales that did not require background checks. The GLC’s report also released information stating that nearly one in nine prospective gun buyers on Armslist.com would not have passed a background check.

“Some of the people who purchased those guns are likely not legally allowed to possess them,” Charles said. “And some of those people will likely misuse their weapons and harm themselves or others.”

Thanks for your concern on this statement. Below is the NY Times report from March 16 where Trump stated “avoid gathering in groups of more than 10 people”.