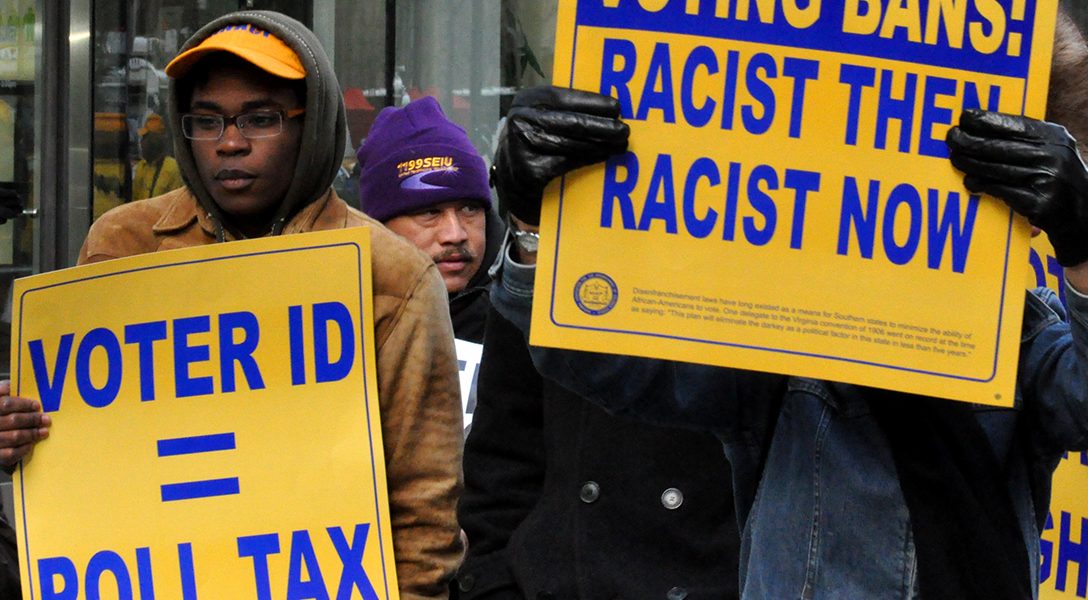 Voter ID Guide: Does your state require voters to present identification? If yes, what types of ID are accepted in your state? Do you need an ID to vote absentee? Read this guide to voter ID requirements in all 50 states and DC. Photo credit: Michael Fleshman / Flickr (CC BY-SA 2.0)
Editors' Picks

The author writes, “Several lawmakers expressed frustration with Haspel’s reluctance to give a clear yes or no answer to several questions about her involvement in that [torture] program, although she offered her ‘personal commitment, clearly and without reservation’ that she would not restart it.”

The author writes, “The Labor Department plans to unwind decades-old youth labor protections by allowing teenagers to work longer hours under some of the nation’s most hazardous workplace conditions, sources familiar with the situation told Bloomberg Law.”

Most of Gina Haspel’s time in the hot seat was spent discussing her past, specifically in regards to the torture of alleged terrorists and destruction of video evidence. This article details what she plans to do about geopolitical threats.

Oregon Has a Marijuana Problem (Russ)

The Problem: too much product, not enough smokers. Prices are plummeting because of this. For many mom & pop sellers, offers to sell their farms to outside interests and big players are not only tempting, but necessary.

US Interventions in Latin America Continue and Intensify (Jimmy)

In this RealNews Network interview, guest Mark Weisbrot argues that “the US government has continued and even intensified its regime change agenda in Latin America and successfully helped reverse the so-called ‘pink tide’ of left-of-center governments over the past ten years.”