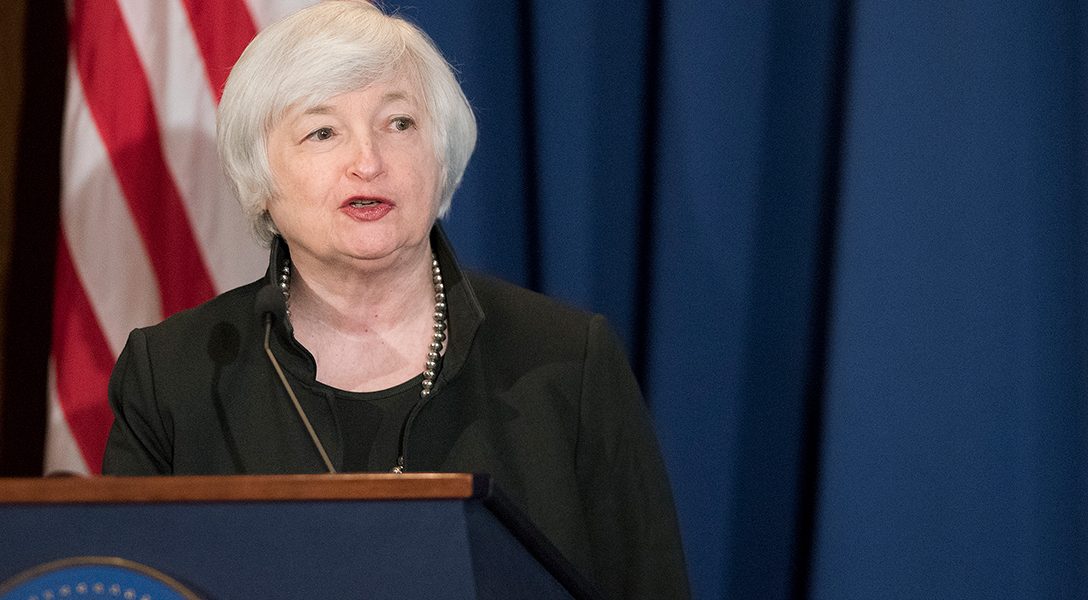 Whoa There! The US Federal Reserve announced that it would restrict the growth of Wells Fargo Bank. "We cannot tolerate pervasive and persistent misconduct at any bank and the consumers harmed by Wells Fargo expect that robust and comprehensive reforms will be put in place to make certain that the abuses do not occur again," Chair Janet L. Yellen said. Photo credit: Federalreserve / Flickr
Editors' Picks

The author writes, “Former CIA director John Brennan has become the latest member of the NBC News and MSNBC family, officially signing with the network as a contributor. Brennan will serve as a senior national security and intelligence analyst for the networks, the company announced Thursday, adding that his first official appearance will come on this Sunday’s Meet the Press with Chuck Todd.”

Egypt and Israel Team Up (Dan)

In Egypt, where leaders regularly make calls of support for the Palestinian cause, official government word remains hush-hush on the coordination of Israeli airstrikes against ISIS-affiliated fighters in the Sinai.

The author writes, “The Trump Defense Department will continue and expand the nuclear modernization plan begun under President Obama, according to a leaked draft of the 2018 Nuclear Posture Review first reported on by The Huffington Post. A look under the hood of nuclear modernization reveals an extraordinarily excessive and expensive effort, the justifications for which seem to be heavily drawn from reports funded by companies with a vested financial interest in an expansive modernization plan.”

In the wake of a US crackdown on Kremlin-funded RT news network, YouTube will start labeling videos that are funded by governments to help viewers understand the sources of news they watch. But PBS is not happy with the new program.

Florida’s tough law against restoring the right to vote for convicted felons has been overturned. Now it’s time for the next battle.