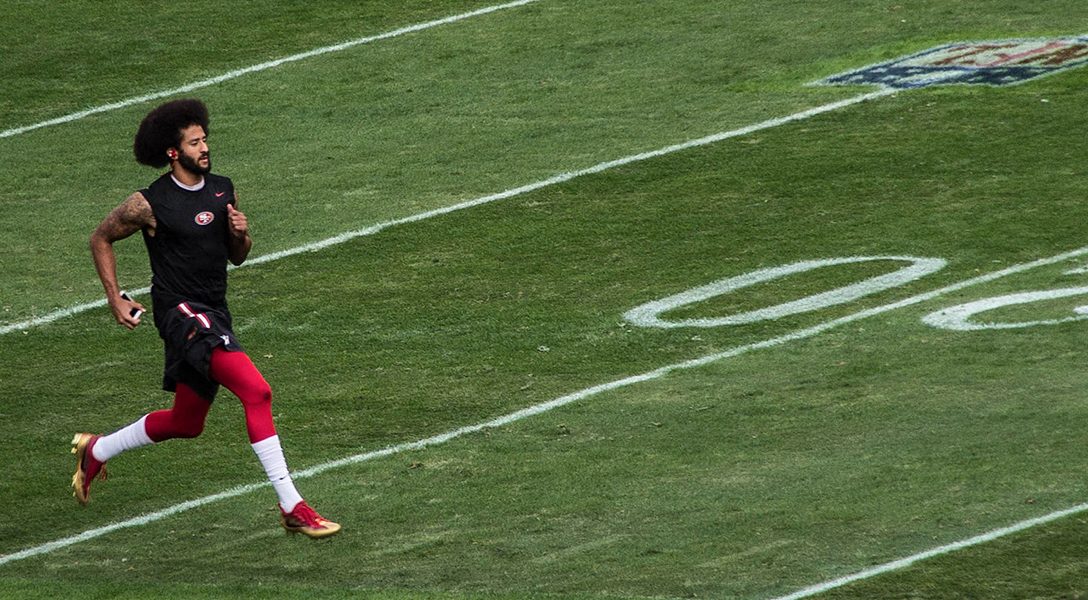 Good Enough for NFL Work: The excuse NFL teams gave for not hiring Colin Kaepernick was that he was just not good enough to be a starting quarterback. This excuse has been proven to be untrue in the process of litigating the player's collusion case against the league. Photo credit: tom / Flickr (CC BY-SA 2.0)
Editors' Picks

Are You Ready for War… Sweden? (Russ)

The Swedish government recently sent out brochures advising citizens on what to do in case of war. The reason? Many point to increasing tensions with neighboring Russia.

If you’re Trump, you don’t give your enemies — people like Sens. Jeff Flake (R-AZ) and Bob Corker (R-TN) — plum jobs like being the US ambassador to Australia. Or do you?

The author writes, “The US House has approved a sweeping overhaul of bank regulations, sending to President Donald Trump a bill that will give him a chance to make good on his vow to ‘do a big number’ on the Dodd-Frank Act.”

The Trump inauguration concluded with around 200 protesters being arrested. The protesters, known as J20 Resistance, have been fighting the Justice Department in a legal battle that is shaping up to be highly ideological.

The author writes, “[Yesterday] morning, Pruitt was speaking at a workshop convened to discuss the handling of specific chemical contaminants that have been found in water supplies. The EPA was already under fire for what appeared to be an attempt to stall a report that suggests these chemicals were more toxic than previously thought, so the workshop provided an opportunity to show that the agency took the risks seriously. Instead, the EPA started a brand-new controversy by specifically excluding CNN and the AP from Pruitt’s speech and by having security physically escort a reporter out of the building.”