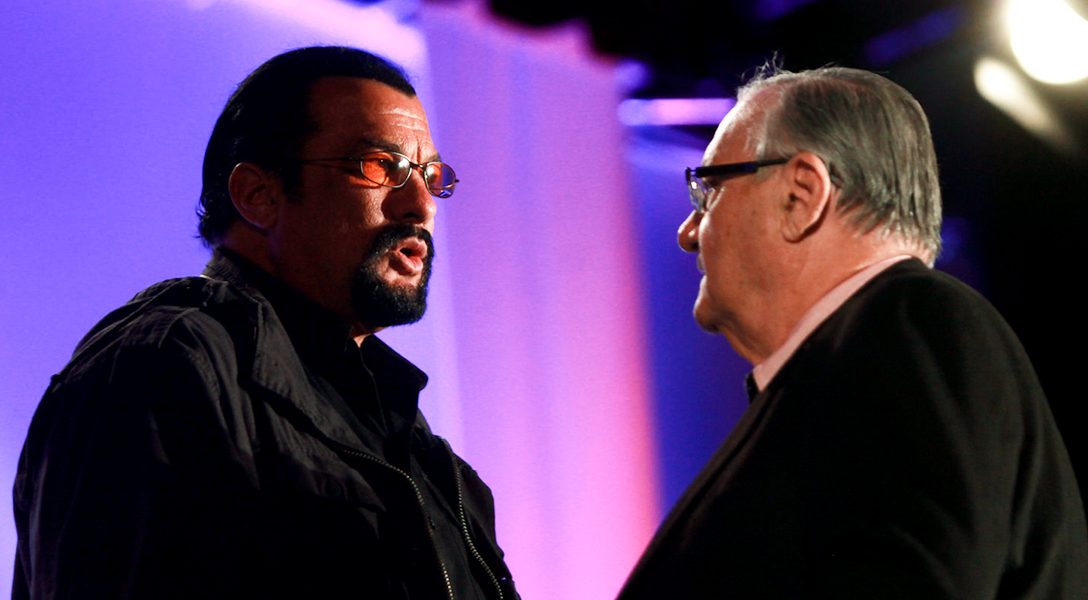 What Do Arpaio and Putin Have in Common? Steven Seagal

Despite criticism over the Trump administration’s separation of immigrant families at the US-Mexico border, as well as the botched process of reuniting them, immigration hardliners like Stephen Miller are now focusing on lowering the allowed number of refugees.

The author writes, “Trump’s decision to assume the mantle of George W. Bush should have angered his base, as his promises to ‘drain the swamp’ of the nation’s capital ring ever-hollow amid the ascension of the worst of Washington’s cesspool to powerful positions in the Trump administration. However, such anger among Trump’s base has failed to materialize en masse. Instead, the anger has largely been diverted and redirected, thanks to an internet phenomenon known simply as ‘QAnon.’”

The author writes, “One of the only obstacles standing between construction workers and building the rest of a fracked gas pipeline in West Virginia earlier this week was a rusty, 1971 Ford Pinto with a 64-year-old teacher and grandmother of five chained inside.”

Is Climate the Worst Casualty of War? (Jimmy)

The author writes, “The Pentagon uses more petroleum per day than the aggregate consumption of 175 countries (out of 210 in the world), and generates more than 70 percent of this nation’s total greenhouse gas emissions, based on rankings in the CIA World Factbook.”

The author writes, “That indignation over corruption and criminality was their pretext for impeachment, not the actual motive, was painfully obvious from the start. By removing Dilma, they knowingly empowered actual criminals and gangsters, people whose thieving and mobster behavior make Dilma’s budgetary tricks look like jaywalking.”