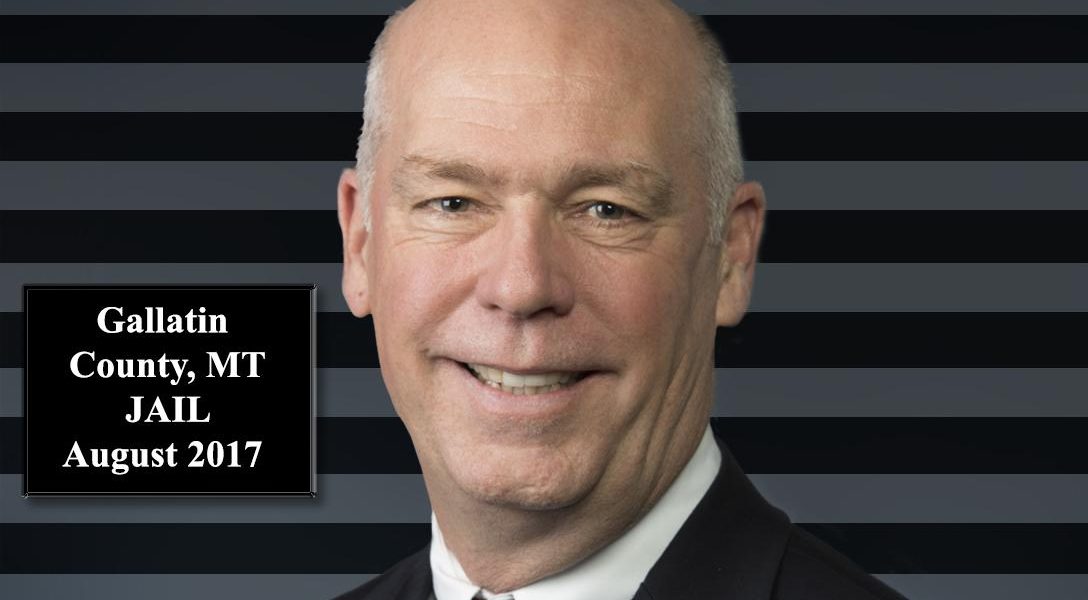 In Case You Missed It: Body-slamming Congressman Greg Gianforte had his mugshot taken at Gallatin County jail in Montana. Following an assault on a reporter, Gianforte was ordered to complete 40 hours of community service, 20 hours of anger-management counseling and pay $385 in fines and fees. He was also ordered to have mugshots taken and to be fingerprinted. The official mugshot has not yet been released. Photo credit: Adapted by WhoWhatWhy from US House

Believes it might already be too late to save “our greatest cities.”

The author writes, “This was not an arms control measure with counting rules, but a disarmament treaty driven by the imperative to prohibit and eliminate nuclear weapons because they are inhumane, abhorrent and unacceptable…This treaty is the collective – and effective – revolt of nuclear have-nots, who overturned diplomatic assumptions and brought it to conclusion despite boycotts and opposition from nine heavily armed nuclear haves.”

Russian hacking fears have lead states to question the vulnerability of their voting machines. So much so that many voting districts are considering a switch back to paper ballots. The question is: can they afford the change?

Facebook agreed to release Russian-purchased ads during the 2016 Election to Capitol Hill..Yet the evidence that these ads “tipped” the election in favor of Trump over Clinton remain private. Will the public ever find out?

The author writes, “Where did all the concern over deficits go? After two years of the media lamenting, worrying and feigning outrage over the cost of Bernie Sanders’ two big-budget items—free college and single-payer healthcare—the same outlets are uniformly silent, days after the largest military budget increase in history.”

Uber Down and Out in London (Dan)