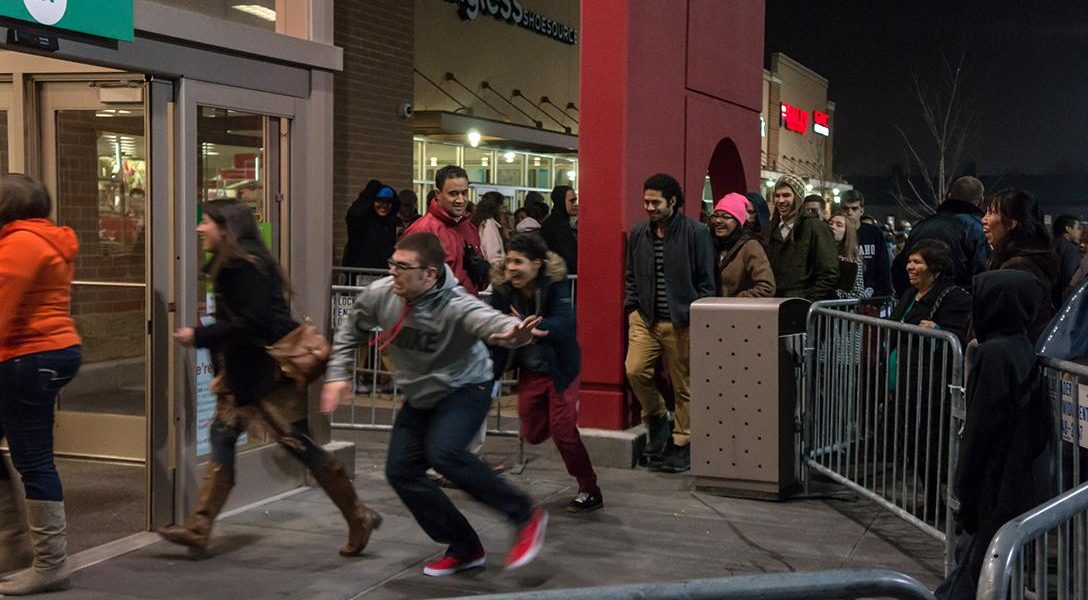 The marketing event known as Black Friday takes place on the day after Thanksgiving Day in the United States. The term began being used in the mid-twentieth century. Now versions of Black Friday occur in Canada, the United Kingdom, Mexico, India, Pakistan and other countries. Photo credit: Powhusku / Flickr (CC BY-SA 2.0)
Editors' Picks

Students and others are asked to “expose and document” educators who “discriminate against conservative students, promote anti-American values and advance leftist propaganda in the classroom.” What could go wrong?

Named the ‘Legion’, an FBI program targets the hackers and social media personalities of the group and allows drones to do the rest.

Whether in shelters, motels, doubling with relatives, or on Skid Row, these children are surviving without stable housing.

The president-elect has reportedly only attended two briefings. Vice-president elect Pence has made time almost every day since the election.

In the face of Turkey’s crackdown on civil liberties, the EU has put into question further movement on the country’s membership. Member countries however still have an individual choice on Turkish entry to the bloc.

A collection of over 200 emails and 300 PDFs pertaining to the US embassy’s Office for Military Cooperation. The files show evidence of US “arming, training and funding of Yemeni forces” during the buildup to the war that began in March of 2015.