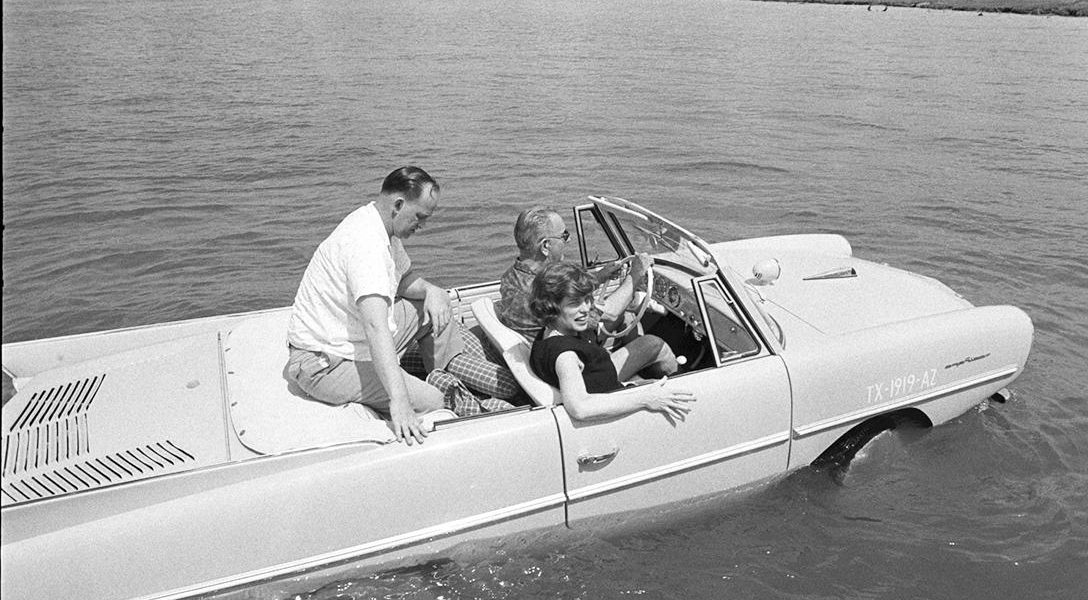 On this Day: President Lyndon B. Johnson took a drive in a Amphicar with Eunice Kennedy Shriver and Paul Glynn, April 10, 1965. Johnson was reported to surprise visitors, unaware of the cars amphibious features, by speeding down hill into a lake. Photo credit: Yoichi Okamoto / LBJ Library
Editors' Picks

A Wall Street Journal analysis shows the post-bankruptcy treatment of CEOs in the U.S. energy industry is not unusual. What’s unusual is the size of some of their compensations.

Author Sebastian Junger argues in this TED talk that it’s not so much the trauma of war that causes problems for veterans after they return from the tribal experience of combat, but more the lack of connection in modern society.

Return of Dangerous ‘Obama Did Nothing’ Narrative on Syria (Jimmy)

In light of the Trump missile strike against the Assad government, a narrative has reemerged that Obama didn’t intervene in the Syrian war when his “red line” was crossed in 2013. The reality is that the US has been intervening in the Syrian civil war since at least 2012 through to today, both covertly and overtly.

Want to live longer in America? It helps to be rich.

Senator John McCain and Donald Trump have never gotten along. While McCain applauded the airstrikes on Syria, his momentarily praise of Trump did not get in the way of his animus.