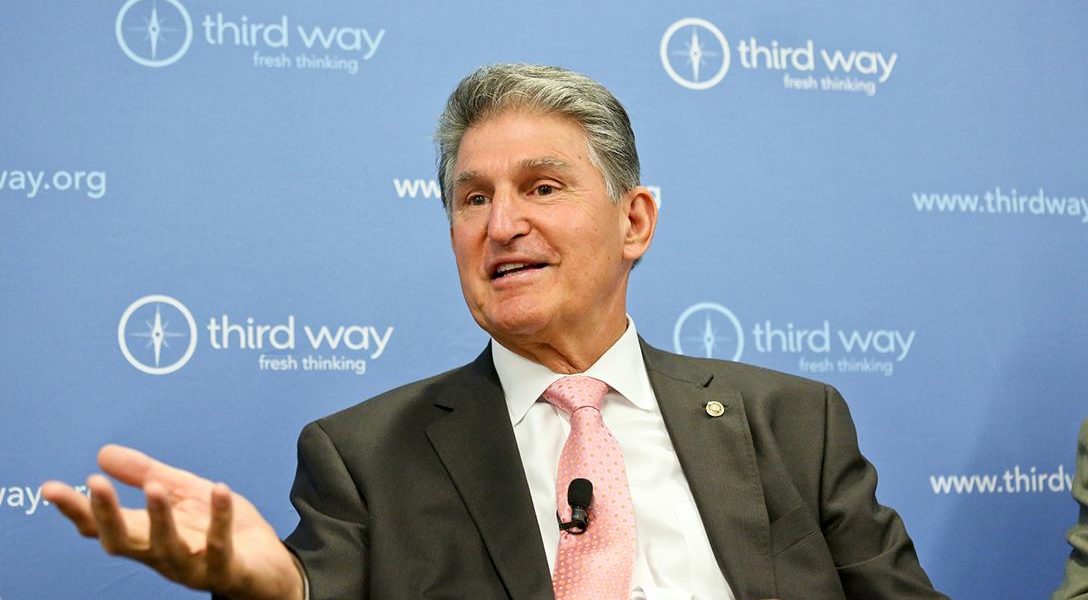 Big Switcheroo: The Governor of West Virginia, Jim Justice, switched parties from the Democratic party to the Republican party. Now there are reports that Sen. Joe Manchin (D-W.Va.) is being considered by the Trump administration to replace Rick Perry as Secretary of Energy. This would leave Gov. Justice in position to replace Manchin with a Republican and shore up the majority in the US Senate. About this photo: Sen. Joe Manchin Photo credit: Third Way Think Tank / Flickr (CC BY-NC-ND 2.0)
Editors' Picks

Based on the calculations they made, fears of the rogue nation’s missiles reaching the lower 48 states are unfounded.

Justice Department is “demanding” the IP addresses of users who visited the anti-Trump Resistance site. Is Trump finally becoming the Big Brother figure everyone expected him to be?

The Battle For Venezuela and its Oil (Jeff C.)

Do You Live in a Robot State? (Reader Steve)

No, not mentally. If you live in a Red State, there’s a chance that businesses are turning to automation quicker than Blue states. Thus, the author argues, why workers in Red states have more economic anxiety.

Today Is the 70th Anniversary of Pakistan’s Fiery Birth (Milicent)

And the fires continue to burn. As India and Pakistan celebrate their independence from British rule, they remain “belligerent neighbors locked in territorial disputes and mistrust.”

James Mitchell and John “Bruce” Jessen will stand trial in a civil case in which they are accused of designing the CIA’s “enhanced interrogation” program.